Behind the Benghazi Cover-up 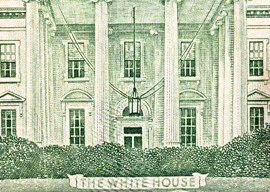 On Sept. 11, scores of men with automatic weapons and RPGs launched a night assault on the U.S. compound in Benghazi, killed Ambassador Chris Stevens and set the building ablaze. Using mortars, they launched a collateral attack on a safe house, killing two more Americans, as other U.S. agents fled to the airport.

On Sept. 14, White House press secretary Jay Carney said the attack came out of a spontaneous protest caused by an anti-Muslim video on YouTube.

On Sept. 16, U.N. Ambassador Susan Rice told the entire nation the attack had not been premeditated or preplanned but emanated from a spontaneous protest of the nasty video.

On Sept. 25, Obama at the United Nations mentioned the video six times.

But when they were pushing this tale, what did the White House actually know?

For we have now learned that the assault was observed in near real time by the State Department’s Charlene Lamb, who was in contact with the security section at the Benghazi compound.

“But when they were pushing this tale, what did the White House actually know?”

Thus either administration higher-ups were ignorant for more than a week of what their own agents knew, and are thus manifestly incompetent, or they colluded in a cover-up and orchestrated deception.

As the facts are revealed, the weight of evidence tilts toward the latter conclusion.

Why? Because we now know there never was any protest at the Benghazi compound—not against an anti-Muslim video or anything else.

If real-time intelligence and U.S. agents at the scene knew it was premeditated, preplanned terrorism by Sept. 12, who told Rice to deny specifically on Sept. 16 that the attack was premeditated or preplanned?

Indeed, why was Rice sent out at all? She is not in the chain of command. Why she accepted the assignment is obvious. She wants to be Hillary Clinton’s successor as secretary of state. But who put her up to this? Who pushed her out front to mislead us?

The CIA’s David Petraeus or Director of National Intelligence James Clapper should have been sent out to say what we knew, five days after the massacre. As Chris Stevens reported to the secretary of state and President Obama, why was Hillary or National Security Adviser Tom Donilon not sent out to explain what had happened to Stevens and the others?

Looking back, Carney and Rice appear to have been used by their superiors.