Being Nice to Black People 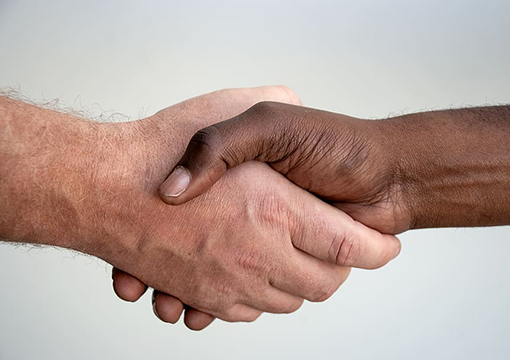 In all the endlessly tiresome back-and-forth screeching about race relations in this country, never once have I heard anyone beyond an anonymous tweeter here or there suggest the main problem is that we’ve been far too nice to black people.

Despite the fact that black-on-white violence far outstrips the inverse, and despite the fact that American culture has performed nonstop analingus on blacks and nonstop defamation of whites for a couple generations now, and despite the fact that it’s ludicrous to assert that modern blacks are being economically exploited in any possible way since blacks in the aggregate take far more from the “government” (i.e., white taxpayers) in assistance than they contribute in taxes, the establishment left and right both seem to agree that anti-black “racism” is a real problem.

Multiple speakers at the COVID Skype show that was the Republican National Convention last week bent over and grabbed their ankles wishing warm feelings for Jacob Blake, the black male from Kenosha with a felony warrant for rape who was filmed on camera fighting with white cops before they wound up shooting him after screaming at him to put down his knife. But there wasn’t a word of sympathy for Kyle Rittenhouse, the white Trump supporter who shot three non-blacks in Kenosha last week as they were attacking him with fists, a skateboard, and a handgun.

Republicans get called Nazis no matter how far they bend over, and still they try to appease the same malicious actors who call them Nazis. You know what they say about those who don’t learn from history.

If the establishment left and right disagree on anything, it’s whether or not anti-white rhetoric and anti-white violence are problems. But both groups openly pander to blacks as a racial group, while neither dares to openly appeal to whites. The Republicans simply never say anything about whites, while the Democrats openly demean whites.

Despite what the narrative-sculptors would have you believe, I’ve never had a problem being nice to black people. And in most cases, black people don’t have a problem being nice to me. Having gotten that out of the way, what I’m about to say will be scorned by people on both ends of this imaginary political spectrum for different reasons, and I suppose it won’t help to explain that I’m saying this not to win good-guy points with anyone—because, you blinkered idiot, your misguided moral approval means nothing to me—but because it’s been my genuine experience: On an individual basis, I really, really like black people. Ever since I first started encountering them at around age eight, they’ve been some of the funniest and most charming people I’ve ever known.

There have, of course, been exceptions—I’ve been robbed and punched by black people, although I’ve never robbed or punched one myself. And I know multiple white people who’ve suffered violence, rape, and murder at the hands of blacks, whereas I’ve never personally known a white person who’s done the inverse.

But that’s not what the narrative-sculptors would have you believe, is it?

“When you concede to an infant’s tantrums, does their behavior improve?”

Despite all of the evidence, they keep peddling this antiquated notion that America is such a cesspit of anti-black hatred and violence that blacks are scared of even walking outside these days. Even basketball superstar LeBron James and his net worth of nearly a half-billion dollars recently asserted as much.

Coulda fooled me! Blacks don’t seem to have the slightest problem appearing in public and bullying and hitting and demeaning every white person within spitting distance.

No, it’s whites who are afraid. Deathly afraid.

Back when whites actually had a positive collective identity, they weren’t nearly as afraid. In fact, it was the blacks who were afraid. And that was a bad thing—if you were black. If you were white, one of the perks that you didn’t have to live in constant fear of being physically attacked for saying the wrong thing.

But as modern whites, we’re lectured that it’s a good thing to live in constant fear. We’re told it’s what we deserve for all that we’ve done to blacks.

Sorry, but what have I ever done to blacks except being nice to them?

So I have to ask ye white Americans: How has being nice to black people been workin’ out for ya?

I read a long time ago that Southerners hate the idea of blacks as a group but are nice to them individually, whereas Northerners love the idea of blacks as an abstract concept but treat them rottenly on an individual basis. While that’s a gross overgeneralization and impossible to quantify, it’s appearing more and more that in this equation, I would qualify as a honorary Southerner.

Back when you could get your ass kicked by white people for saying nice things about black people, I was that guy.

Now, when you can get your life destroyed for saying nice things about white people, I’m still that guy.

I haven’t changed at all. All that “progress” really means is that society has shifted its poles and redefined the good guys and the bad guys.

Except for the times when I was punched and robbed by individual blacks, my experiences with them have been overwhelmingly positive. So, yes, it can be said that I have very high regard for most of them as individuals.

But holy shit, they are a complete mess as a group. Where on Earth does a large presence of blacks actually improve the per-capita income and life expectancy? Where is there a majority-black country on Earth where blacks enjoy a higher standard of living and live longer than they do in this allegedly white-supremacist hellhole called the USA? I’ve been asking that last question for a quarter-century and have never received an answer. I’ve been called plenty of names for asking the question, but after about the hundredth time, that only seems like a dishonest way of avoiding the question altogether.

It’s stupid to be nice to someone who has no intention of being nice to you.

Even though White Fragility is one of the best-selling books of recent years, what we’re actually dealing with is black fragility, because if you dare to even utter one negative thing about them, the entire nation might burn.

It’s not a healthy world where you’re constantly afraid of speaking the truth.

It’s as if all of white America is a battered wife desperately scrambling not to make her husband angry again. Sounds like we’re in an abusive relationship with blacks—so deeply abusive, we’re being gaslit as the abusers and most of us seem to believe it. It’s like, wow, honey, you just made your abusive husband breakfast in bed, but he slapped you harder than ever. The nicer we get, the more racist they say we are, and the meaner they get. And no one sees a connection to any of this?

If people refrain from ever thinking or saying anything negative about black people again, do you think this current situation will resolve itself, or will it get a lot worse? I recently conducted a poll on this very question, and 93.8% of the 499 respondents said things will only get worse.

When you concede to an infant’s tantrums, does their behavior improve?

But we currently occupy a culture where being perceived as a “racist” justifies your murder. So would you rather be dead, or would you rather be called a racist and stay alive to fight back? Sooner than you think, you will be forced to answer that question.

I choose to continue being nice to blacks as individuals, but when it comes to blacks as a group, I am now highly suspicious of both their capabilities and their intentions toward me and other whites.

Let’s put it this way: I love my dog, and he has a great personality, but I wouldn’t let him drive my truck. Despite how likeable he is, I’d only be inviting disaster.