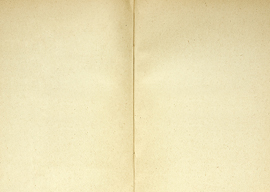 Looking back at my school years, attending majority-black public schools in L.A. during the early and mid-1980s, I”m not so much struck by the things I experienced, but by the things I did not. Not once did I encounter anything even remotely akin to the politically correct bullying that these days defines the black community. I was always the “funny kid.” I told Jew jokes, black jokes, Mexican jokes, gay jokes, etc. No one took offense because we were all in on it together, friends laughing among friends. In fall 1985, I gave a speech to the student body in which I parodied Martin Luther King Jr. Imagine the outcry if a white kid did that today. But in “85, I received a standing ovation.

On graduation day in 1986, I met the father of one of my best friends, who I”ll call Eric. Eric had moved to L.A. from Virginia to live with his aspiring-musician brothers. I”d long heard about his father, a towering figure in Virginia “civil rights” politics, a crusading preacher with a gift for speechifying. Meeting him in person, he didn”t disappoint. He was tall and immaculately dressed, with a deep booming voice that made me think his car must carry a bumper sticker reading “Ask Me About My Oratory.”

Later that day at the graduation party, he and I got to talking, and it wasn”t long before the conversation turned from small talk to race and politics. At some point, the topic of affirmative action came up. For as long as I can remember, affirmative action, with its racial quotas and “color over competence” mandate, was a policy about which I was inflexibly hostile. As a child, I rejoiced while watching Walter Cronkite dourly report on Allan Bakke’s Supreme Court victory (Bakke was the white guy who successfully challenged UC Davis” racial quota program). My opposition to affirmative action was not due in any way to being “pro-white.” Rather, to echo a point I made in a previous column, as a child of the late “60s and early “70s, I had absorbed the dominant message of those years, a message that I still consider to be eminently positive: We may not all be equal in terms of ability or potential, but in the eyes of the law, we must absolutely be seen as equal, and nobody gets special favors because of the color of their skin. I realize now that us “70s kids were being fed that line primarily because the left saw it as a way to dismantle “white supremacy,” but I was one of those naive saps who took the message to heart.

When I told the reverend of my opposition to affirmative action, he looked astonished. This was not a man who was used to being contradicted, especially by some L.A. Jewish kid who I”m sure he assumed would be an ally. But rather than getting angry, he asked a member of his small entourage to fetch him a piece of paper, any piece of paper. In less than a minute, the gofer returned with a blank piece of notebook paper, and the reverend began his demonstration.

“The essence of the “folded paper” theory is now the guiding principle of the millennial morons who serve as foot soldiers in the “social justice” war.”

He folded the paper in half. He folded it tight, running his fingers down the crease to strengthen the fold’s impression. “Young man, do you see this paper? I have folded it in half,” he said. “Now, watch this. If I try to straighten the paper out, the paper retains the “memory” of the fold, and it tries to fold itself again.” As I watched, I had a small idea where he might be going. “This paper cannot be made straight again except by folding it the other way. A similar fold of equal strength must be made in the other direction. After which, the paper, having been folded both ways with equal force, can better be laid straight again.”

Yep, he went exactly where I figured he would.

“Now, our society is like a piece of paper. For hundreds of years, it was “folded” in a way that gave the white man power and control at the expense of those of color. One cannot simply expect society to become “straight” again”equal, unbiased, not reflexively returning to the old fold”without “folding” it equally strongly in the other direction, allowing the black man to have the power whites once wielded. We must do that before there can be true equality.”

With that last line, his face took on an expression and his body a posture that made me realize he was used to this sermon eliciting amens, praise Jesuses, and Scatman Crothers-style tongue-speaking. I feigned a look of approval (why start a fight with a friend’s father at graduation?) and quickly made up an excuse to leave.

Several days later, speaking alone with Eric, I told him, “You know your father’s “folded paper” lesson is nonsense, right? Retributive discrimination doesn”t work. We saw that clear as day during Radical Reconstruction. You don”t help people who”ve had their rights taken away by taking away the rights of people who resemble in skin tone the folks who initially committed the wrong. That just sows bitterness and resentment. You don”t fight discrimination with discrimination. You know this, right?”

Nope, my friend did not know that. He stood up for his dad’s bullshittery, and I found myself taken aback. I could accept that a man whose job depended on racial hokum promoted the “folded paper” theory, but a kid my age? A drummer in an R&B band that had just played the fuckin” Whisky? No, no, it can”t be. Eric must be an aberration, a loyal son, a parrot. Surely, no normal person could actually buy into the “folded paper” bunkum.

It’s painful, and a bit humiliating, to realize just how wrong I was. Sure, it took thirty years, but the essence of the “folded paper” theory is now the guiding principle of the millennial morons who serve as foot soldiers in the “social justice” war. The once-popular, clichÃ©d liberal call for “equality””vague, ill-defined, and largely useless as it was”is long gone, carried away by the wind like the stank of an unwashed hippie. Mind you, today’s social justice dictators are nowhere near as honest as my friend’s dad. They couch their authoritarianism and racial discrimination in defensive terms (we just want to be “safe” from “aggression,” etc.). But make no mistake”what they seek is reverse discrimination, a “re-folding.”

Every time a group of “social justice warriors of color” tries to ban whites from a college campus or dictate what they can eat, how they can wear their hair, where they can sit, how they can exercise, what words they can use, what jobs they can hold, where they can live, where they can walk, what they can look at, or whether they should live or die, that’s the re-folding in action. Several months ago, the Huffington Post’s South African arm ran a piece in which an author straight-out suggested that white males should be stripped of their voting rights. Though the piece was eventually exposed as a troll-job (I knew that from the get-go, as the first chronological mention of it online was on 4chan), it was nevertheless defended and championed by SJWs who approved of its message.