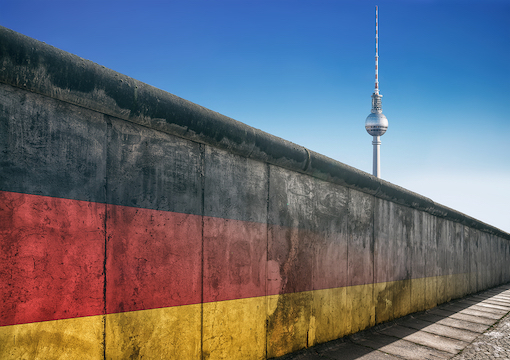 At the time it felt like a century, but it was only twelve years. I began this column in 1977 and the Berlin Wall came down in 1989, the latter calling for an end to my anti-communist tracts that my first editor, Alexander Chancellor, described as quasi-fascist efforts to subvert democracy. By 1977 I had been trying for a couple of years to get something published in the Speccie, and only achieved it when I abandoned right-wing politics and wrote about how one could always tell an Englishman abroad. (Brits would use flashlights and check their bill in dark and crowded Parisian nightclubs, making them persona non grata with waiters at Jimmy’s.)

Twelve years had seemed a lifetime back then, and once the wall had come down I gave a ball that was an alliterative triumph: To Celebrate the Collapse of Communism. I took the ballroom of the Savoy, a hotel now gone to the dogs, and named each table after a fallen commie dictator. Journalists and the hoity-toity being unreliable guests, I kept one large table without placements for late arrivals, the Fidel Castro. I think we were around 300; many had come over from the States, and at around midnight, when Jay McInerney and I went to the river entrance to do something illegal, Joan Collins swept in—she was appearing in Noel Coward’s Private Lives at the time—and like a true star thought we had been waiting for her since the beginning, and thanked me. I love Joan and love that she thinks like a star should think. (And dresses like one, not like a homeless person.)

The reason those first twelve years of writing this column seem a lifetime is because unusual and somewhat tumultuous events took place: I had two children, wrote two books, and competed in two karate world championships as Greek captain; my closest English friends got married, with a Greek boy as an usher; I was sent to Pentonville for four months; and I lost my beloved father on July 14, 1989. (I quipped that he could not bear living through the 200th anniversary of the French Revolution.) But if you think this stuff dates me, a recent book review of Julian Barnes’ latest opus, The Man in the Red Coat, makes me Methuselah. In it, Dr. Love, as he calls the great French seducer Pozzi, arrives in London in 1885 accompanied by Prince Edmond de Polignac and Count Robert de Montesquiou. Seventy-three years later, in 1958, a young Taki arrives in Paris and trips the light fantastic with Ghislaine de Polignac and Veronique de Montesquiou in various Parisian haunts. (Both ladies are now gone.) According to the review, the three charming Frenchmen captivated London in June 1885. I won’t go as far as to say I captivated Paris in 1958, but I didn’t do too badly. But enough said about the past.

“PC coupled with #MeToo are far more unforgiving and punitive than post-Stalin communism was.”

Now we have influencers and an online existence that I understand as much as the previously mentioned trio who visited London in June of 1885 would. It’s a new world that I refuse to get involved with, and perhaps it’s not a bad thing. There is so much filth and hate floating around, so much fear and loathing online, so much we-know-best, you-know-nothing stuff, that this superannuated column might be of interest to some normal people. What amuses me to no end is when millennials whine that their complacent elders bequeathed to them a rotten world that leaves them to live rotten lives. Unprecedented prosperity and the defeat of communism mean little to them. Mind you, it’s close, living under the yoke of communism or the tyranny of the digital revolution and its gadgets. I’ll take the former because you could whisper things to people in Red Square, whereas under the latter, one cannot be heard. People are too busy looking at screens and their ears are blocked. And PC coupled with #MeToo are far more unforgiving and punitive than post-Stalin communism was.

Yep, I think I’ll stick with communism rather than the ferocious and ugly social media world, however crotchety that may sound. There are others who blame the brutality of our culture on funk and hip-hop (the director James Toback among them). They insist that funk and hip-hop loosened up mores linguistically and sexually, with white teenagers becoming obsessed and talking like the young blacks who made the styles popular. I know little about hip-hop and less about funk, but what I do know is that society no longer exists—at least in America—but those with the largest followings on social media count the most.

I suppose that’s how many people who are old feel today, the march of progress leaving us behind and all that. The trouble is that looking back brings only good memories. I had a very happy childhood and a very happy youth. No crime in that, but it sells badly. I was never raped, was never abused, and had a very happy middle age. Now that I’m old I continue to be happy and have fun. I miss only the tradition and civility. And a hell of a lot of sweet young things who are now my age. I guess I will have to invent something so that I, too, can become a victim. Then I can start virtue-signaling and open an account on social media. Yippee!