Beyond the Zero Bound 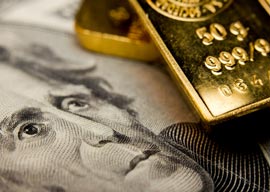 “We live in strange times. No Western government gets to stay in power unless they spend more money than they receive.” “Richard Hubbard

Last week’s column ended upon Europe’s newfound taste for negative interest rates, and their potential as a precursor to an “end of cash” scenario. How did we get there?

More by connecting the dots than anything definitive. Nonetheless. The idea is that the “08 crisis is not over. Or that it’s over, but in order to triumph over ruin following the “credit crisis,” the massive deleveraging required is now nearing completion…and this final unwinding may not be as bland or predictable as one assumes.

Add to this what the End of the World Club knows all too well: that the strengthening U.S. dollar impacted capital flows globally by reversing them, specifically from China and the emerging markets (EMs). Cue the commodities crash. Cue interconnected problems… The high interconnectivity of the global economy posing the biggest systemic risk of all, perhaps.

The core problem with currencies is a stark one compared with the banking sector. Unlike the latter, central banks are of little help in assisting or ensuring a recovery brought on by currency imbalances. The strong-dollar dynamic may yet undermine the global recovery that has been so carefully managed by central banks. As Charles Hugh Smith wrote in September 2015 on Max Keiser’s Financial War Reports: “It seems increasingly likely the next Global Financial Meltdown will arise in the FX/Currency markets.”

The consensus is, we”re due another downturn (just when we”ve grown totally and utterly fatigued by the sheer rhetoric of crises). Smith succinctly explains the paradox whereby central banks cannot control domestic and global FX markets with the same policies:

In effect, the central bank has only bad options: either accept a domestic recession to defend the currency, or let the currency devalue and watch the domestic economy implode as import costs soar and capital flees the devaluing currency.

“The consensus is, we”re due another downturn (just when we”ve grown totally and utterly fatigued by the sheer rhetoric of crises).”

Cash is indeed a chaotic system. In September of this year, chief economist of the Bank of England Andy Haldane suggested abolishing cash. The reason? Haldane’s concern that we may never return to “normal” again; he also averred that (crypto-style) alternatives might be more “efficient.” Interest rates will likely never revert to pre-2008 levels, now we”ve crossed the zero bound. When the next crisis occurs, central banks will have no space left to cut rates as the downturn kicks in. This is disturbing because low rates generate spending, not saving. If rates turn negative, you”re paying someone to hold your cash”and so you may as well hold on to the money yourself. The central bank cannot easily influence the spending of this cash, however, and this is a problem.

Another scenario is death by systemic failure. How would this work? One mooted reason for the next financial crisis is the popping of various giant debt bubbles. This particular situation is expected by practically one and all. Tim Price, a confirmed financial apocalyptist, fund manager, and contributor at MoneyWeek, notes that “there is now more debt than ever before: $57 trillion more, raising global debt-GDP ratios by some 17%,” according to a memo from the McKinsey consultancy. Mr. Price quotes Ludwig von Mises, an economist of the Austrian school, which is back in fashion nowadays: “There is no means of avoiding the final collapse of a boom brought on by credit expansion.” Price goes on to posit that the only choice is to allow the crisis to come sooner, through voluntary abandonment of further credit expansion”or “later as a final and total catastrophe of the currency system involved.”

Price believes the background portends a crash like no other”and believes the authorities (in the U.K.) have tactics on hand to avert a public panic that would threaten your rights as a citizen. Severe capital controls, that’s one of the actions he discusses in his book The War on Cash. At the End of the World Club, capital controls are no longer third-world threats. Lucky we still have the Bitcoin’s blockchain. Or do we?

Who Controls the System?

Janet Yellen, chairman of the Fed, is one of few persons who control the price of money itself”the “single most important price of all,” as Price describes it. She and her predecessors have boosted asset prices by printing money, at the expense of creating vast debt. The banks may have been saved, but ever-sage financial columnist Merryn Somerset Webb argues that the consequences of this grand rescue are only now beginning to play out: in terms of oversupply in saturated markets, commodities at a 13-year low, the extinction of OPEC. Moreover, the theme of the petrodollar, a benchmark of the world economy since the 1970s, may have lost its meaning forever now.

Additional, bizarre phenomena abound, confusing us further. Like the flatlining price of gold, for instance, at a time of “skyrocketing” demand. The World Gold Council (probably under-)estimates growing demand for the metal at +27%. With demand so high and pricing so bearish, basic economic laws go out the window. Manipulation in the gold market is a compelling reason for this absurd disconnect. In fact, manipulation is true in all markets, says Mark O”Byrne of GoldCore.com, a recent guest on Max Keiser’s show. O”Byrne highlighted the difficulty in tracking gold flows accurately, due to smuggling. Mostly to China, directly from Switzerland, at a volume approximated at over 1,000 metric tons a year. India is also “rife” with smuggling, allegedly, in order to avoid taxes. Look at Asia and one has no doubt that demand for gold is increasing rapidly, despite its “flat to down” prices nonsensically continuing.

If there’s one villain to blame for the world falling apart, says Max of the Keiser Report”including the unwinding of $100 billion of bad derivative positions in the forms of “bad” sovereign wealth funds, and so on, in the Middle East”then that villain is the U.S. dollar. In order to unwind in the first place, you need to be a net buyer of dollars. A catch-22. Some experts anticipate the possibility of the USD rising yet another 20% in the near term.