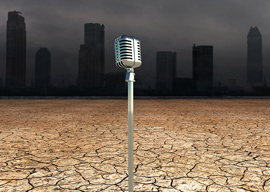 The key to a successful career in any modern bureaucracy, it seems to me, is the mastery of and willingness to use a certain kind of language that is opaque and almost meaningless to an outsider. The mastery requires dedication, and the willingness a lack of scruple. It demands a certain intelligence, but not high intelligence. Mediocrities do it best because others are impatient of it.

The language is peculiar to itself and makes a speech by the late Leonid Brezhnev seem like a soliloquy by Hamlet. Full of neologisms, its words have connotations, but no definite meaning can be fixed to them. Vagueness is essential because only then can responsibility be denied when things go wrong. It is ugly and circumlocutory, but with occasional pseudo-poetic metaphors that are supposed to be inspirational but are as exciting as a cargo ship’s ballast.

This bureaucratese is ever more widespread. It is native to government, of course, but it is certainly not confined to government. Large companies employ it, as do educational institutions. A question that I have long pondered is whether anyone, in the privacy of his own mind, employs such language. I suspect that after a time those who employ it can use no other.

“Where there is no meaning, of course, there can be no refutation.”

Bureaucratese has left few corners of our world uninvaded. It is to be found almost everywhere. A distinguished professor of architectural history, James Stevens Curl, who has just published a devastating exposure of the evils of architectural modernism, Making Dystopia, kindly forwarded to me the following announcement of a training course for a diploma offered by the Architectural Association. I give it in full because it is only thus that you can gauge the full monstrous absurdity of it:

The unit [of the diploma] will continue its disciplinary project on the city, engaging with the interdependencies between disparate domains—imagination and reality, concept and form, text and image. We assert the urgency of the evolved visionary project that is rooted in a deep knowledge of the contemporary European city and architectural history. This year we will conflate several scales and levels of work on new models for ‘dis-continuity and coherence’, tackling urban ‘meta-elements’ as architectural diagrams and morphologies. Building upon our previous cities of multiplied utopias and artefacts, ruptured transfers, systems and frameworks and, ultimately, conceptual and spatial playgrounds in space-time, we will allow our pursuit of emerging urban models to inform new phases in the breakdown and re-integration of an architectural object itself. Our search will go beyond straightforward augmentation—of Hyper-Buildings, Super-Blocks and Meta-Streets—as we try to circumscribe and categorise architectural segments of the city. And we will also question previous shortcuts in scale and complexity—from containing diffused fields of architectural particles within mega-frameworks or variations on Arks, Babels and Arcologies, to enforcing and indexing systemic models of accumulation and growth—seeking internally coherent objects-devices that can also tackle fraught issues of monumentality and identity, agency and resilience.

To do so, we will need to short-circuit current contextual demands with long-standing disciplinary pursuits—utopias and ideal plans, figure/ground and typology, diagrammatic system and formal assemblage—by exploring unlikely “friendships” and mediations within the streams of precedents (from Filarete to Soleri and Koolhaas; from Boullée to Ungers and Krier). Combining creative methods and processes, we will “cycle” between analysis and synthesis, creative withdrawal and critical re-engagement with the exchange platforms of the unit and the architectural culture beyond it. Emphasising aesthetic achievement and theoretical coherence (as seen in trademark “meta-drawings” and final books), these catalogues of architectural “morphs and monsters” will be embedded within robust Projects on the City—works that reaffirm architecture’s unique capacity to evolve and grow from within, and to effect profound change in the cities and the minds of the future.