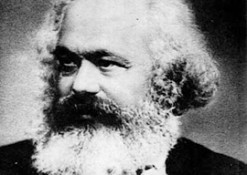 In journalism school, where I learned how to use commas, many of my teachers were commies. I’m not accusing them of being communists”they told me so themselves. One instructor boasted of how he always spent his yearly vacation down in sunny, bloody El Salvador, offering succor to the Sandinistas. My journalism-history professor sported a beard almost precisely the size, shape, and odor of Karl Marx’s. He often quoted Marx with admiration and urged us to view history through the Red-colored glasses of class struggle. Another wizened and borderline-senile teacher would fondly recall his younger days in Milwaukee, pumping his fists in the streets for socialist causes.

As unimaginably implausible and brain-splatteringly seizure-inducing as it may seem, I can’t recall a single faculty member who ever emitted so much as a burp that could be construed as conservative.

Yet despite the fact that they wore their Marx on their sleeves, my journalism teachers drew clear and uncompromising distinctions between news reporting and political editorializing. It was understood that reporters were invariably human and subject to all the stupidity, denial, venality, and character frailties that beset the human breed, but a reporter’s mission was to dutifully approach his craft like a scientist. Facts, not feelings, were the only things that mattered. Politicians across the spectrum were to be distrusted and cross-examined as if they were criminal suspects. Reporters were enjoined with the heavy, holy task of keeping politicians honest. The ethical barrier between reporting facts and tossing out opinions was as solid and unyielding as the Berlin Wall.

As many of us in America now realize, the Berlin Wall has fallen.

I’m aware that one would have to hear voices, wear a tinfoil hat, drink moonshine, live in a trailer, and have been bad-touched by aliens at least once in their life to so much as suggest a leftist bias exists in mainstream American journalism.

What I find funny is the fact that these same people posit the literal existence of a lavishly financed, ideologically slanted, and dangerously mean-spirited “vast right-wing conspiracy” in American media.

It never seems to occur to them that perhaps both scenarios could be at least partially true. Maybe networks such as FOX News, publications such as The Wall Street Journal, and radio personalities such as Rush Limbaugh tend to filter the incomprehensibly tangled worm-knot of political reality through a prism that aims rightward.

And maybe nearly everyfuckingbody else and their brother aims leftward.

And, saddest of all, almost no one in the MSM seems to care about facts anymore. An ideological tribal war is going on, and all the facts were rounded up, marched into the forest, and shot in the back of the head years ago.

Last month a minor media scandal blazed briefly when emails were leaked from an online discussion group called JournoList. Founded by the Washington Post‘s Ezra Klein and offering membership only to those whom Klein deemed to be “center to left of center” politically, JournoList featured an estimated 400 bloggers, reporters, professional meme-disseminators, and academics. The full membership rolls have not been released, and at least two low-profile personages named as participants in some reports have claimed they never belonged to JournoList. However, confirmed JournoList members were employed by such not-too-shabby corporate entities as The New York Times, TIME, Newsweek, The Boston Globe, The Chicago Tribune, the Baltimore Sun, The New Republic, The Atlantic, The Nation, CNN, The New Yorker, The Guardian, The Village Voice, Harper’s, and Wired. And for those who like the smell of Bill Ayers’s armpits, In These Times and Mother Jones were also in the house, reppin’ fo’ the revolution. And it wouldn’t have been a proper leftist cyber-party without electronic info-machines such as HuffPo, Slate, Alternet, Politico, and the Soros-oiled zombies at Media Matters.

I cannot vouch for the accuracy of this list of alleged JournoListas, but with a grin I will note that of 120 faces in these photos, fully 112 of them would pass as Caucasian, no questions asked. Despite the left-leaning media’s incessant ragging on the American right for a lack of “diversity,” blacks appear to be underrepresented on this list by a factor of more than four to one compared to their percentage of the general population”and that includes Jesse Taylor of pandagon.net, who describes himself as “biracial” and looks to be composed of equal parts cream and coffee.

After the JournoList emails were made public, special attention was focused on a thread from 2008 where it appeared that several members were discussing strategies to deflect attention away from the fact that Democratic primary candidate Barack Obama had for twenty years attended the church of a race-baiting, America-hating Liberation Theology foamer-at-the-mouther but claimed he had very little knowledge of his pastor’s unsavory ideological biases. The JournoListas focused particular scorn for George Stephanopoulos, who had asked Obama in a debate versus Hillary Clinton whether he thought Reverend Jeremiah Wright loved America as much as Obama did.

Consensus on the thread appeared to be that the Wright story was not a relevant part of a presidential candidate’s vetting process and was in fact a diversionary tactic employed by those fat, pink-faced, collusive, ill-tempered, fundamentally evil and morally bankrupt Republican hatemongers.

But standing tall above all the other comments was a passage from a short shlub named Spencer Ackerman, who has a slightly lisping Kermit the Frog voice which frequently expresses fantasies of violent retribution against his ideological enemies.

“It’s not necessary to jump to Wright-qua-Wright’s defense,” Ackerman wrote. “What is necessary is to raise the cost on the right of going after the left. In other words, find a rightwinger’s [sic] and smash it through a plate-glass window. Take a snapshot of the bleeding mess and send it out in a Christmas card to let the right know that it needs to live in a state of constant fear. Obviously I mean this rhetorically… If the right forces us all to either defend Wright or tear him down, no matter what we choose, we lose the game they’ve put upon us. Instead, take one of them”Fred Barnes, Karl Rove, who cares”and call them racists.”

In September of 2008 on a JournoLista thread regarding Sarah Palin, award-winning journalist Shannon Brownlee suggested to other group members that “we should be sowing fear” regarding Palin’s candidacy.

On a thread regarding Rush Limbaugh, NPR producer Sarah Spitz said that she would “laugh loudly like a maniac and watch his eyes bug out” if she were ever given the chance to watch Limbaugh die from a heart attack. “I never knew I had this much hate in me,” Spitz spat, “but he deserves it.”

After Obama’s election, a thread unspooled where JournoListas named people they felt they’d never have to listen to again now that their Chosen One was in power. “Let’s just throw [foreign-policy specialist Michael] Ledeen against a wall,” wrote Spencer Ackerman. “Or…throw him through a plate glass window. I’ll bet a little spot of violence would shut him right the fuck up, as with most bullies.”

It seems as if li’l Mr. Ackerman, who refers to himself as “Attackerman” and appears to have convinced himself he isn’t a nerd, fancies himself as quite the hatchet man. But after sizing him up and down, somehow I’m confident I can swing an axe better than he can.

Part of the reason I ceased identifying as a leftist about twenty years ago is because it became impossible to ignore the unapologetically infantile tantrum-throwing and witch-hunting bloodlust that always seemed to lurk beneath leftism’s fake-ass shield of compassionate humanism. That, and the fact that most of its spokespeeps were affluent Caucasians who for some reason fancied themselves as champions of “the people” despite the fact that the middle-class, working-class, and lumpenproletarian whites who actually constitute the statistical bulk of “the people” are the incessant targets of their elitist scorn and derision.

Many of the main players who were caught with their pants down in JournoList’s ideological circle jerk have come forward to pooh-pooh and pee-pee the idea that mentioning any of this is even worth mentioning. It’s as if someone in the room let out a loud, oniony fart, and everyone’s rushing to tell you they don’t smell anything.

In robotic unanimity, they assert that the eardrum-piercing silence that greeted Ackerman’s violent fantasies and cynical advocacy of charcoal-branding opponents with the “R” word did not necessarily constitute an endorsement of his proposal. They argue that it was not their obligation to openly condemn everything they didn’t openly support. This is richer than a double-fudge sundae, seeing as it comes from a gaggle of thought-clones who for over a year now have been demanding that the Tea Party vigilantly police and purge its ranks of anyone who says naughty words and thinks dirty things that the left happens to deem unspeakably unthinkable.

As far as I can tell, JournoList was a human centipede of leftoids who’d electronically stitched themselves together mouth-to-ass in order to swallow and digest one another’s bullshit before dumping it all over the public.

But what about “the people” that the left always pretend to represent? How do they feel? According to a recent poll, nine out of ten American people say they believe that the media played a role in getting Obama elected. A Gallup Poll from this year reveals that only one in four of “the people” has a lot of confidence in newspapers. Only one in five feels that way about TV news.

I cannot remember a time when the mainstream media were so at odds with mainstream opinion. American journalism has devolved to the point where it involves little more than journalists calling other journalists racists and liars.

And “the people” are getting angry. Where they once had trusted the media to keep politicians honest, now they have legitimate grounds to suspect the media of colluding with politicians. Amid all the talk of sowing fear and throwing folks through plate-glass windows, it occurs to me that one demographic who may have legitimate cause to literally fear for their personal safety are American journalists.

And obviously I don’t mean this rhetorically.