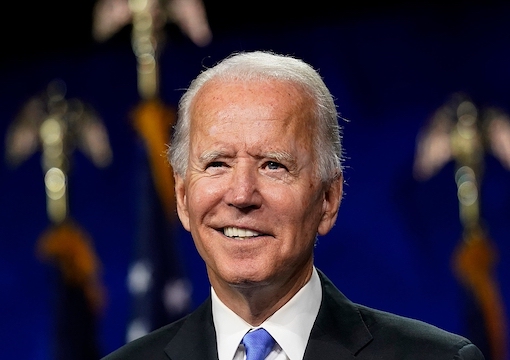 Big Tech wants to protect Joe Biden, so it censored the New York Post’s exposé on the corrupt dealings of his son Hunter. Users of Facebook and Twitter were frustrated by their inability to share the important article, “Smoking-gun email reveals how Hunter Biden introduced Ukrainian businessman to VP dad.” The article reports:

Hunter Biden introduced his father, then-Vice President Joe Biden, to a top executive at a Ukrainian energy firm less than a year before the elder Biden pressured government officials in Ukraine into firing a prosecutor who was investigating the company, according to emails obtained by ‘The Post.’

The never-before-revealed meeting is mentioned in a message of appreciation that Vadym Pozharskyi, an adviser to the board of Burisma, allegedly sent Hunter Biden on April 17, 2015, about a year after Hunter joined the Burisma board at a reported salary of up to $50,000 a month.

“Dear Hunter, thank you for inviting me to DC and giving an opportunity to meet your father and spent [sic] some time together. It’s realty [sic] an honor and pleasure,” the email reads.

An earlier email from May 2014 also shows Pozharskyi, reportedly Burisma’s No. 3 exec, asking Hunter for “advice on how you could use your influence” on the company’s behalf.

The blockbuster correspondence—which flies in the face of Joe Biden’s claim that he’s “never spoken to my son about his overseas business dealings”—is contained in a massive trove of data recovered from a laptop computer.

Coming just three weeks before the presidential election, this is bad news for Biden. He is, however, the preferred candidate of Big Tech, which therefore sought to minimize the damage done by the article. Twitter users could not post the article. Accounts belonging to the White House press secretary, House Judiciary Committee, and Trump’s campaign were locked for sharing the Post’s coverage. Facebook announced it would reduce the paper’s visibility until third-party fact-checkers could validate the reporting. (In an alarming report published in August, investigative journalist Sharyl Attkisson found that eighteen of twenty Facebook “independent” fact-checkers have ties to left-wing political activist George Soros or his foundations.)

“Biden is the preferred candidate of Big Tech, which therefore sought to minimize the damage done by the article.”

In a tweet Wednesday night, Sen. Josh Hawley (R-Mo.) said the actions by Facebook and Twitter “are potential violations of election law, and that’s a crime.”

The first-term senator, a Big Tech critic who has pushed for the repeal of the FCC’s Section 230 protections for social media platforms, also sent a letter to the Federal Election Commission on Oct. 14. It read in part:

Federal law prohibits any corporation from making a contribution to a federal candidate for office. 52 U.S.C. § 30118(a). Twitter and Facebook are both corporations. A ‘contribution’ includes ‘anything of value…for the purpose of influencing any election for Federal office.’ 52 U.S.C. § 30101(8)(A)(i). Twitter’s and Facebook’s active suppression of public speech about the ‘New York Post’ article appears to constitute contributions under federal law. There can be no serious doubt that the Biden campaign derives extraordinary value from depriving voters access to information that, if true, would link the former vice president to corrupt Ukrainian oligarchs.

“The attempt to rig an election, which is what we’re seeing here, by monopolies is unprecedented in American history,” Hawley told reporters Oct. 15 during a break from Judge Amy Coney Barrett’s Supreme Court confirmation hearing.

Senate Republicans announced Thursday they plan to subpoena Dorsey and Facebook’s Mark Zuckerberg. The Senate Judiciary Committee is scheduled to vote Tuesday to compel testimony from both tech titans next Friday.

The Republican National Committee has filed a complaint with the Federal Election Commission against Twitter. In a letter to the FEC’s general counsel on Friday, the RNC accused Twitter of violating federal campaign finance laws: “Through its ad hoc, partisan suppression of media critical of Biden, [Twitter] is making illegal, corporate in-kind contributions as it provides unheard-of media services for Joe Biden’s campaign.”

What is so galling about Big Tech is its hypocrisy. In censoring the New York Post, Twitter cited its policy against “linking to hacked materials.” A few weeks ago, The New York Times published a story on President Trump’s tax returns, which was shared widely across the internet. In fact, Twitter and Facebook helped promote the story on their platforms, notwithstanding pushback from the White House and Trump businesses. Now it is a crime to disclose a person’s tax returns without his consent or permission from a court. The Times story would therefore be based upon a criminal act. And yet, this fails to meet Twitter’s “hacking” standard. (Of course, the contents that were provided to the New York Post were hardly acquired by “hacking.”)

“Have you ever censored news articles referring to the ‘murder’ or ‘killing’ by the police of fentanyl abuser George Floyd, when neither has been proved in a court of law and autopsies suggest neither is likely?” Steve Sailer asked Jack Dorsey on Twitter on Oct. 14. “If not, why not?” And Sailer continued:

How many tweets did you blithely transmit promoting the lies that Michael Brown at Ferguson said “Hands up, don’t shoot” or that George Zimmerman was white?

How many stores therefore have been looted and building[s] burned in part due to your activities?

You are still using your monopoly power to censor, @Jack, and thus interfering in the election.

Why don’t you just knock it off and apologize for it?

The answer is that, as a man of the left, Dorsey’s main interest is in power, not preserving a free press, essential though it is to democracy.