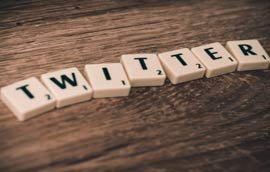 Journalistic objectivity is ultimately impossible because everyone has their biases, and few people are autistic enough to coldly and robotically present the facts, just the facts, and nothing but the facts. But, however elusive, objectivity should remain a goal, because if we even want to pretend that we’re ethical, our ethics should derive from the truth rather than from ideology. The worst atrocities throughout history were perpetrated by fanatical ideologues who were convinced beyond persuading that they were on the “good” side and had a mandate to wipe out all the “bad” people.

Since money and advertising are what generally drive journalism, it’s doubtful that there was ever anything in America that qualified as objective reporting, but smack me on the ass and call me Pappy if it didn’t seem that we were closer to real journalism only a generation ago.

These days, if you even hope to have a job in the media, you must buckle to modern progressive pieties that are based in wishful thinking rather than facts—words such as “justice” and “racism” are unquantifiable and purely subjective, but snap my jockstrap and call me Bruce Jenner if modern “journalists” don’t use these terms as if they’re scientific. Every major news organization has fallen for the Trans Delusion and will use some sexually tortured loon’s “preferred pronouns” in lieu of what real journalists would do, which is use the sexual pronouns dictated by the person’s chromosomes, not their delusions.

I honestly and stupidly thought that once Trump was elected, the social-justice mania of Obama’s second term would abate and we’d be free to speak without threat of having our lives shattered. Now, pick the lint out of my navel and call me Grandpa Jones, but everyone who’s above the sentience level of an earthworm realizes that not only didn’t things stay the same—they got immeasurably worse.

“Big Tech realized that allowing free speech on social-media monopolies such as Facebook and Twitter is precisely what enabled Trump’s election.”

In short, the biggest news story of the past couple years is that, in the wake of Trump’s election, Big Tech realized that allowing free speech on social-media monopolies such as Facebook and Twitter is precisely what enabled Trump’s election, so they peddled the idiotic fiction that this horrifyingly vague term “hate speech” was not the same thing as “free speech”—that it inevitably leads to violence and genocide and, most likely, a sequel to the Holocaust.

Therefore, if someone dares to publicly utter any idea that is not 100% aligned with modern progressive orthodoxy, they are accused of being a “Nazi,” and we’ve all been taught since infancy that Nazis are the most evil subhuman life form to ever roam the Earth, so let’s rip out these Nazis’ tongues before they ever get a chance to infect people with their demonic thought-viruses again.

This is patent nonsense. As any teacher of an anger-management class will tell you, no matter how intensely someone prods or, ahem, goads you, there is always a small window of time where you can decide to act or not to act. Words do not lead to violence. The only thing that leads to violence is a decision to act violently.

And if this notion that since Hitler’s ideas—rather than, say, certain groups’ hysterical overreaction to Hitler’s ideas—are what led to World War II and the deaths of six million Jews and, I dunno, about 60 million other people whom no one ever mentions nor seems to care about were remotely true, they’d also aggressively be banning even the mildest utterance of Marxist, Christian, Islamic, and Zionist ideas, because one could also make a case that throughout history, people have used those ideas to justify violence.

But no. All the other ideas get a pass, because at least for the time being, they don’t seem to present quite the threat to the emerging global financial order that the mere notion “It’s OK to be white” seems to pose.

I’ve been convinced that humans are egregiously unequal for more than a quarter century, but not for a moment has it made me wish to harm someone who comes from a group I may consider to be a little less equal than me. If there’s anyone I may be tempted to harm, it’s the egalitotalitarians who peddle the lie of equality and wish for you to be utterly demolished if you don’t play along. For now, they’re only seeking to silence people and have them socially ostracized and financially ruined.

Since Trump’s election, a new breed of people posing as “journalists” has emerged. I put the word “journalists” in quotes because real journalists are expected to put ideology aside and focus strictly on the facts, on what can be proved. Instead, these people are witch hunters in the McCarthyite tradition, with the main difference being that Joe McCarthy was hunting communists back when they were literally killing people in the tens of millions. These people seek to shame, defame, and destroy anyone they smear as a “Nazi,” a “white supremacist,” or a “white nationalist.” They never attempt to explain why racial identity is permitted—scratch that, why it’s encouraged among nonwhites while it’s depicted as a pathology when whites indulge in it. They just roll their eyes, say, “Duh—the Holocaust,” and act as if the matter is settled science.

Enter sad sack Luke O’Brien, a Huffington Post writer who almost exclusively writes hit pieces on people he considers to be dangerous and innately violent Nazis. Last week his quivering anus shat out an article called “Twitter Still Has A White Nationalist Problem.” It listed 62 Twitter accounts of people that O’Brien claims are white nationalists. Two of Taki’s Mag’s writers—myself and Steve Sailer—are listed, although no case is made and no evidence presented for where Steve or I ever said, “My goal is to establish an all-white nation.”

Y’see, that’s the dictionary definition of a “white nationalist”:

I’ve already written about the hyperbolic overuse of the term “white supremacist” and how with very few exceptions, almost no one on O’Brien’s list would qualify as either a white supremacist or a white nationalist. And again, with extremely few exceptions, no one on this list advocates racial violence or especially genocide, despite the fact that O’Brien insists this is our shared “end goal.”

In O’Brien’s eyes, none of us ever simply “writes” or “expresses ideas.” Instead, we rant and rave and spew. And though the majority of us either explicitly state that we don’t advocate violence or simply never advocate violence without even bothering to explain this, he seems certain that this is a lie. And although most of us stick to the facts far more than O’Brien does, he insists that this is simply window dressing to cover up the fact that we are evil people motivated solely by hatred and inadequacy.

The lady doth project too much, methinks.

What I found especially bemusing about this hit list is that several of the people included used to be somewhat racially conscious but in the wake of Charlottesville have backpedaled and disavowed “racism” and “Nazis” as aggressively as O’Brien does. Still, they are tarred as “white nationalists.” Perhaps they are too naïve to realize that once you have been perceived as a Nazi—no matter how inaccurately—you can never be an ex-Nazi in the eyes of these water-carriers for the global elites, and all the finger-pointing and snitching in the world won’t save you.

Although I suspect that our legal system is currently so glutted with far-left ideologues rather than people who believe that justice should be blind to ideology, it seems that the only recourse any of us have at this point is to sue for libel. We live in a world where being called a “white nationalist” is as bad as being called a pedophile, if not worse. If some weak little jackass tattletale wants to smear us with inaccurate terms that can harm us, they should be sued until they can’t even afford a golf pencil with which to stab anyone else in the future.

If that doesn’t work, well, I don’t want to think about the alternatives.