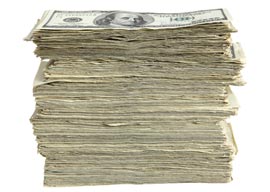 Needless to say, I feel no particular sympathy for banks: for example, my bank charges me 6.37 per cent on electronic transfers from Australia to Britain, even to an account denominated in Australian dollars. I should like an explanation of this exorbitant charge, but of course I can”t find anyone to explain it to me. I think I could speak to every employee the bank has (132,300 at the last count) without finding the right person. Not, of course, that it is easy to speak even to a single person at the bank, other than the tellers at my local branch who are not authorised to say anything. Here there is no why, as Dr. Mengele said.

Nevertheless, I felt distinct unease when Mr. Cameron, interim Prime Minister of the United Kingdom, promised to spend the fine imposed on the Deutsche Bank for its part in the Libor scandal on promoting apprenticeship schemes for young people. A government surely should not rely on fines to pursue what it presents as vital national ends, especially not fines of organisations such as banks whose dishonest or criminal activities it has in effect encouraged or closed a blind eye to for the past few decades. Citizens already feel that regulations are made in order to raise funds from the fines imposed for breaking them rather than for any other purpose; and the fining of huge corporations seems a disconcertingly convenient and politically painless form of taxation.

“I have no more love for the tobacco companies than for the banks.”

It is not, I repeat, that I believe such corporations to be incapable of wrongdoing: on the contrary. But neither should they be treated as milch-cows, for as much to be extorted from as they will bear without actually going bankrupt or becoming too unprofitable. One suspects that the modern motto is not let the heavens fall so long as justice is done, but let corporations do what they want so long as we get our cut.

I first noticed this tendency in respect of the litigation against the tobacco companies in the United States. There is no doubt in my mind that the companies acted villainously in concealing “ or rather in trying to conceal, because they were not successful in it for long “ the harmful effects of consuming their products. I have been a doctor for more than forty years, and I don”t think I have ever met anybody who did not know that smoking was very bad for them. New harms done by tobacco may have been revealed in the interim, usually denied by the companies at first, but the fundamental point remains.

In spite of this, people have repeatedly sued the companies for the harms done by tobacco. Actually, in most jurisdictions the principal beneficiary of the sale of tobacco is the government. In Britain, for example, tax represents, on average, 77 per cent of the cost of a packet of cigarettes, that is to say three and a third times as much as accrued to the tobacco companies even if all of the remaining 23 per cent accrued to them, as of course it does not.

Taking British American Tobacco (largest shareholder in R J Reynolds) as an example, its rate of profit is about 40 per cent on turnover. Thus, even if 23 per cent of the price of a packet of cigarettes in Britain accrues to it, which is impossible, it makes not more than 9.2 per cent on a packet, that is to say less than an eighth as much as the government. The real figure is probably less than a sixteenth.