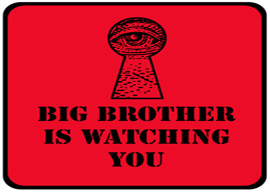 While 22-year-old Klein Michael Thaxton was holding a hostage in a Pittsburgh high-rise on Friday, he allowed the world to peek into his troubled soul via the miracle of Facebook. As he held his victim at bay with a hammer and knife, Thaxton also watched the hostage crisis unfold on television. Through a digital house of mirrors, modern technology enabled him to watch the world watching him.

During a nearly six-hour standoff with police that ended peacefully, anyone perusing Thaxton’s Facebook profile could see he”d chosen a cover photo depicting Netanyahu, Obama, and Ahmadinejad. He also enjoyed playing video games such as Call of Duty: Black Ops and Call of Duty: Modern Warfare.

On Facebook, he had befriended personages who”d swaddled themselves in such kaleidoscopically flavorful ghetto handles as PrettyBritt Still Shittin, Keke Ohhsoopretty Kardashian, and Shae’Rhonda Onmyshit Goodwine.

After his surrender to police, it was revealed that Thaxton may have chosen his victim merely because he espied a computer, a smartphone, and a television in the man’s 16th-floor office. During the ordeal, Thaxton pecked out the following cries for help to his Facebook profile:

i cant take it no more im done bro

how this ends is up to yall bro real shyt

welln pops youll never have to woryy about me again you’ll nevr need to by me anything no need to ever waste ur hard earned money on me. i’ll live n jail you dnt want me around anymore thats kool bye…i love u assata sis

Most of his Facebook acquaintances were supportive and urged Thaxton to calm down and seek help. Then, apparently in response to someone who goaded him to “poop out [the] window,” Thaxton made his final post before police were able to temporarily get the plug pulled on his Facebook page:

After his arrest, the Internet”where everyone is gradually getting to know everything about everyone else, whether they reveal it themselves or have it revealed for them”was flooded with more personal information about Thaxton. It turns out he”d signed a “separation agreement” with the US Army in 2010 and was arrested a year later on an array of charges that included robbery and reckless endangerment. He was also an erstwhile hip-hop artist who”d gifted the world with such tracks as “Blueberry Piss.”

The attention-seeking self-defeating reality-TV narcissism of Thaxton live-blogging his own crime recalled a similar situation in Utah last year, when Jason Valdez kept his Facebook friends apprised during a 16-hour standoff during which he informed his friends that his female hostage was “cute.” It recalls the grisly 2011 case in Australia where a man live-blogged his stabbing murder of his two-year-old daughter. It recalls the young idiot thugs so desperate to preen in front of what is essentially the World’s Mirror that they post videos where they beat men to death or drive through neighborhoods randomly shooting bullets into the streets. It recalls the heavily trafficked site WorldStarHipHop, described by its proprietor as the “CNN of the ghetto,” which regularly features voluntarily submitted handheld videos of people beating their victims unconscious, often while onlookers guffaw and even brag about how the clip will be a hit on WorldStarHipHop.