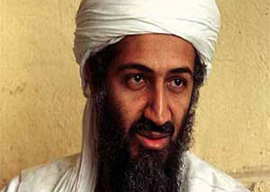 And what has it cost us?

A decade-long war in Afghanistan which has thus far taken over 1,000 American lives with close to another 10,000 wounded. These numbers are wildly inaccurate, as the US military routinely evacuates mortally wounded troops to Germany, and having left the zone of combat, they are not counted as combatant casualties. The true number is higher.

Another war of nearly a decade in Iraq in which there have been over 3,500 killed troops and close to 32,000 wounded. Again, these numbers are lower than the real total.

A partial war in Pakistan has been waged intermittently for half a decade. The number of killed and wounded will never be known.

“After more than a trillion squandered, over 5,000 soldiers lost, over 35,000 wounded or injured, and multi-generational damage to our reputation, all we have to show for it is a corpse.”

Not included in the above numbers are the probable millions of innocent people in all of these countries who were too busy endeavoring to eke out a living in dry deserts, dusty villages, and sweltering cities to ever develop an interest in politics of any kind, yet who nonetheless became “collateral damage.” More than a few of the relatives of the maimed and murdered who never would have considered violence will now relish it.

Back on the “home front,” the psychological damage in terms of lost jobs, foreclosed homes, broken marriages, parentless children, health concerns, and suicides is likewise unknowable. Doubtless, it is a heavy toll.

Beyond this, the monetary cost of killing Osama bin Laden is at least $1.18 trillion and counting. This does not and cannot be measured in terms of lost opportunity or the items and endeavors upon which those same funds might have been put to positive use.

Perhaps for those who lost a loved one in New York City, Washington, DC, or Pennsylvania on September 11, 2001, this was worth the cost. I did not, so I make no claim and proffer no criticism of their prerogative.