Birth of the Victory Riot 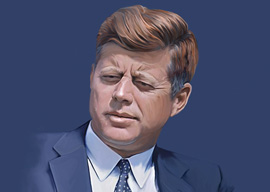 The great mystery of my lifetime has been the 1960s. It’s worth returning to this vast subject periodically as new perspectives unveil themselves.

The closest thing to a successful prophecy of that era was made by science-fiction writer Robert A. Heinlein in his 1941 Future History chart, in which he foresaw the coming “Crazy Years” when there would be a “gradual deterioration of mores, orientation and social institutions, terminating in mass psychoses….” (By the late 60s, hippies were so drug-addled that they made Heinlein’s self-indulgent 1961 book Stranger in a Strange Land into a cult novel.)

I”ve argued that the hippie movement had much to do with the collision between traditional Northern European (especially German) counterculture (nudism, hiking, health food, folk music, and so forth) and California sunshine. Europeans had always had their Rites of Spring, but in California they encountered perpetual spring, with discombobulating effects.

Indeed, back when he prophesied the Crazy Years in 1941, Heinlein, a representative German-American officer/engineer/nudist, was living in Hollywood near Laurel Canyon, the epicenter of the Nature Boy proto-hippies.

Another potential cause of the 60s is lead poisoning from gasoline or paint. Kevin Drum has an upcoming article in Mother Jones arguing that the rise of crime and illegitimacy in that era resulted from increasing levels of lead in the environment, which lowers IQ and impulse control. (He previews some of his evidence here.)

Back in 2007, I explored the question in a long blog post entitled Lead Poisoning and the Great 1960s Freakout but didn’t come to much of a conclusion. My evidence was stronger than for the popular Freakonomics theory that abortion reduced crime, but it was still kind of a mess at that point. Perhaps better data has emerged since then.

Still, it’s going to be difficult to make the lead-poisoning idea fit the American consensus that the 60s didn’t start until JFK was assassinated on 11/22/63 and that the country changed rapidly in 1964-65.

One counterintuitive reason for the tumult of the mid-to-late 60s was the evaporation of the long-simmering Protestant-Catholic divide which had provided a stable multigenerational anchor for social tensions.

The instant enshrinement of the martyred Catholic president in the pantheon of American heroes did much to mollify Catholic resentments over being considered fringe Americans. (Back then, being thought a normal American was praise, not denigration.) Meanwhile, the enthusiastic adoption by Catholic women of oral contraceptives (which the FDA approved in 1960) reassured Protestants that they weren”t going to lose the War of the Cradle to the Vatican.

In turn, this closure of the biggest fissure in the white majority opened a space for the Generation Gap. People need divisions around which to organize themselves, and in that mostly racially homogeneous era, age differences briefly became central. (In more diverse cultures, such as 21st-century America, people cleave more to their kin.)

Of course, one racial gap was crucial to the story of the 60s. The assassination of the domestically cautious JFK put the ambitious LBJ into power with a mandate to push through civil rights and welfare programs to punish the right-wing racists who had murdered Kennedy. Chief Justice Earl Warren expressed the hopes and dreams of the Establishment when he declaimed on 11/22/63, “A great and good President has suffered martyrdom as a result of the hatred and bitterness that has [sic] been injected into the life of our nation by bigots….”

It turned out that JFK had been murdered by a communist whose father-in-law was a KGB officer. When Jackie Kennedy learned the unwelcome truth, she lamented, “He didn”t even have the satisfaction of being killed for civil rights. It had to be some silly little communist. It robs his death of any meaning.”