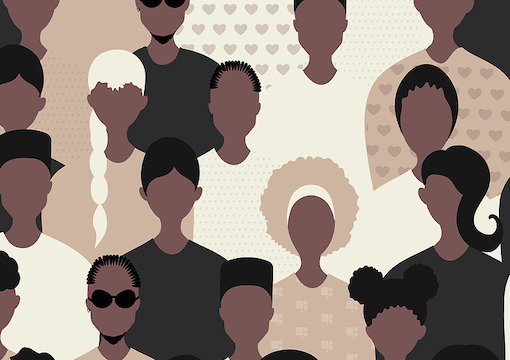 Last week, a physician declared on network TV that black lives matter more than other lives, and nobody cared. Nobody batted an eye. After months of activists, entertainers, sports stars, and politicians prioritizing black lives over white ones, we’ve grown so used to it, no one even notices when that point of view is expressed by someone actually entrusted with human lives.

Welcome to the asylum, where we no longer care that the doctors are as crazy as the inmates.

Dr. Brian Richardson is a urologist and chief of robotic and minimally invasive surgery at Jackson Hospital in Montgomery, Ala. He took his residency at Tulane, and he’s a member of the American Urological Association. Along with colleague Dr. Jeff Nix (a Birmingham urologic oncologist), Richardson (who is white) hatched a brilliant idea: Doctors should start wearing black scrubs because apparently blacks are such tiny-minded creatures, the mere sight of a white person wearing a black piece of clothing makes them exclaim with joy, “That look like me! Him wear me color! Him friend, him cares. Me feel proud and happy.”

In normal times, such arrogant condescension would be considered racist. In 2020, it’s called “allyship.”

Dr. Richardson has called on all medical professionals in America to wear black scrubs in a “show of unity” on Aug. 28, the anniversary of Martin Luther King Jr.’s “I Have a Dream” speech. Because, if I’m not mistaken, King stressed the importance of judging people by the color of their clothing.

On Aug. 15, CBS News ran a breathlessly supportive piece on Dr. Richardson’s campaign, with beaming “reporter” Jessi Mitchell damn near gettin’ the vapors in her swooning endorsement of #BlackScrubsForBlackLives. Indeed, on her Instagram and Facebook pages, Mitchell straight-out bragged that she was not just a reporter but a collaborator on the campaign (but of course “reporters don’t take sides”).

Still, it’s all fun ’n’ games. Just a couple of doctors serving up their God complex with a side of white saviorism.

A medical doctor declared that “black lives matter most” and, as I said, nobody cared.

Well, I cared. So I wrote to the guy.

It was rather jarring to see you on CBS a few nights ago proclaiming “black lives matter most right now.” Shouldn’t a physician refrain from saying something like that? Even if speaking of a medical crisis that perhaps disproportionately affects one racial or ethnic group over another, or a crisis of access that hits one group harder than others, surely no doctor should ever say that one group’s lives “matter most.” Even in an ER, where decisions are made every moment to prioritize care, it’s never about one life “mattering” more than another. If the guy with the gunshot gets prioritized over the guy with the sprain, it doesn’t mean that the gunshot guy’s life “matters more,” even at that specific moment. It merely means that he requires more immediate care. But every life in that waiting room “matters” equally. Or maybe I’m wrong.

Turns out I was wrong! The good doctor responded with a virtual Johnstown Flood of prose. Nearly 1,000 words, all devoted to not walking back his comment, which was intended to “highlight this disparity and bring attention to it” and to “allow folks to recognize the problem and hopefully lead to discussions that can positively enact changes.” He stressed that in his practice he “treats every patient the same” and “in no circumstance would I ever select one patient over another as a treating physician based on anything other than the acuity of their need.” He wanted me to know that he’s “not affiliated with BLM,” but in this “political environment today that promotes division and hate,” people are “twisting his words” and “creating a false narrative.”

Again and again, Doc Richardson refused to acknowledge that he’d said not just that black lives matter, but that they matter most. I kept giving him chance after chance to address the “matter most” part, to either defend it or correct it, but all he did was question my motives. “It appears to me that you may want to use that line as a ‘gotcha’ line,” he scolded, to “attack, degrade, and smear me.”

I responded that all I was trying to do was allow him to explain the incendiary line (a line that might alienate people from his cause). He then quickly shifted gears and began blaming CBS, claiming the quote was “taken out of context and used as a sound bite” and “is not the entire story I told.”

“I did not have any type of editorial review. I never saw the story before it aired,” he whined.

I wasn’t having it: “As a physician, you have a unique responsibility regarding the manner in which you communicate. CBS chose that line as a sound bite for a reason; the producers knew how provocative it is. But in the end, it’s on you for saying it, not on them for highlighting it. Now, I’ve given you ample opportunity to ‘walk it back,’ and you’ve chosen not to.”

At that point, he rather oddly suggested that if I want to see what a great doctor he is, I should come to Montgomery and watch him firsthand.

Travel to the Deep South in August to watch a man catheterize dicks? I’ll pass.

At no time during our exchange did Richardson address his actual statement. He either deflected from it, attacked my motives for bringing it up, or attacked CBS for highlighting it. But at no point did he say, “I misspoke.” Because he didn’t. He’s a physician who believes what he said: Black lives matter most.

And CBS, and fawning fangirl Jessi Mitchell, believe that too. Which is why that’s the one line from Richardson’s interview they wanted America to hear. And the fact that the message was so passively received aptly demonstrates just how primed we are for the new apartheid.

It’s ironic that Richardson’s “wear black for blacks” event is on the MLK speech anniversary. Dr. King’s friend, civil rights activist Michael Aaron Robinson (a North Carolina rabbi), would always tell the story of how his father, an Asheville physician, incurred the wrath of his fellow doctors because he refused to prioritize white patients over black ones. That’s the way it was in the Old South—white lives mattered most. And here we are in the “New South,” where an Alabama doctor trying to appropriate King’s message goes on national TV to say “black lives matter most.”

Now, I could close by citing the many, many, many studies that demonstrate how perceived physician racial bias can negatively influence the health of patients who sense favoritism. Regardless of how Dr. Richardson actually treats his patients, the perception created by his words—words he refused to retract—could adversely impact his white patients. I could also close by citing studies that show how blacks are less likely to donate organs because they believe, rightly or wrongly, that white lives “matter more” when it comes to receiving donor organs (again, perception of physician bias, perception of favoritism, influences patient actions).

But I won’t. Instead, I’ll end with more words from Dr. Richardson. Older words, from before he hatched his “black scrubs” campaign. Before he discovered that prioritizing black lives could land you a fawning puff piece on a national network. Before all that, he wrote a lengthy post on his Facebook page detailing the real reason for the healthcare disparities in his state.

Is it racism? Nope.

Have laws been created to select or allow an advantage for some, while putting others at disadvantage? Allow me to give an example in my profession of medicine…there is something called the “certificate of need.” Not all states have this law, but Alabama does. The essence of the law is that hospitals and other large medical entities are able to prevent competition from building and operating things like imaging centers, surgery centers, and other medical services. The reality is that this would create competition- just like Adam Smith envisioned when he described the economic theory of capitalism. By nature- fair competition is designed to provide the best service, quality, and at the price the market supports. However, with the certificate of need, a board decides if competition is allowed to come into a community. The process of attempting to compete is expensive and arduous. Every stakeholder in the community will object to the competition and spend lots of money to prevent a business person or company from being able to compete…. I could go on for days about unnecessary regulations, unfair practices, laws and rules selecting winners and enforcement of obstruction of opportunity for competition.

And there you have it, the cold, cynical truth. Dr. Richardson knows that the reason for the “disparity” isn’t racial, and it won’t—can’t—be solved by having dress-up day in the ER. But he also knows that talking about the “certificate of need” (aptly known as CON) problem won’t land him on network TV, and it won’t make him a beloved folk hero with groveling admirers in the press. And that’s why this story is about so much more than calling out a “gotcha” moment on an Alabama doctor. This story’s about how the media’s obsession, and the entire left’s obsession, with race corrupts honest debate about important issues. An MD talking about the healthcare crisis created by CON laws gets zero publicity. An MD screaming “black lives matter most” while advocating the kind of simpleminded solution a child might dream up gets a prime-time spot.

By the way, in Alabama, guess who supports that healthcare-stifling CON law: Democrats! Former governor Don Siegelman, a Democrat, was put in prison for using the CON law to peddle influence to the tune of $500,000. But just a few months ago, Alabama’s current Republican governor, Kay Ivey, ordered the CON law relaxed to help battle COVID. You know who opposed Ivey’s plan? State House Minority Leader Anthony Daniels…a black guy!

When you see everything as a color, when you exploit color for cheap publicity or personal aggrandizement, when you encourage others to think of color in the most juvenile terms (“Blacks must feel so proud to see me wearing black! I’m a hero!”), you miss life’s valuable nuances.

On Aug. 28, Dr. Brian Richardson will dress in black scrubs.

On Aug. 29, not a damn thing will have changed, nor will a single life be bettered.

Let’s hope the rest of the people in his field are more interested in realistically tackling healthcare disparities than they are in incendiary sound bites and childish publicity stunts.