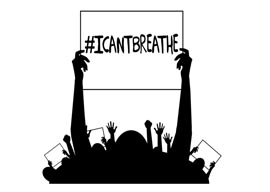 Like all lies uncorrected, the #BlackLivesMatter movement has become a religion with evangelists, disciples, heretics, opportunists, and enforcers.

First, the media spread the Word. Those outlets that couldn”t afford to send reporters were helped by Twitter”that blackest of the social networks”and the well-equipped, well-credentialed rioters descended en masse to proclaim it. Some of these “reporters” were child molesters and criminals, but CNN’s Anderson Cooper and Brian Stelter didn”t mind. After all, their network’s ratings increased and postponed the inevitable reckoning all media companies must one day confront in the digital age.

Twitter has partnered up with the Black Lives Matters crowd because they need to pretend their user engagement levels are high enough to justify their stock price. Tweeting and instigating riots is good for Twitter’s bottom line, and Jack Dorsey, the cofounder and interim CEO, knows it. Eventually Twitter’s advertisers will realize that blacks don”t buy much anyway or that no one much buys anything that’s promoted on Twitter, but by then Dorsey will be long gone, free to waste investors” money in his mobile payments company.

“Race war, like lost airliners, sells”even if the facts always prove to be other than what was initially reported by our compliant media.”

The hashtag has become the new battle flag, and Twitter terrorists like DeRay Mckesson use it to great, devastating effect. It doesn”t matter that some of these hashtags are myths; it only matters that they are believed. In some cases Mckesson will retweet fake shootings and indulge in bizarre conspiracy theories that become the new street wisdom and, ultimately, the new political consensus. Some of the crazier theories get picked up by the new media“only to be debunked by the traditional media, but not before everyone gets the clicks that they sell to their advertisers. Blacks wind up believing some crazy things, and those crazy things push the Overton window, which was, of course, the whole purpose.

And Twitter helps accelerate all of that nonsense while hagiographic media profiles cheer on the radicals. “Twitter and the classroom are the last two radical spaces in America,” Mckesson once said. He has used Twitter and the gathering blacks who respond to it to pressure weak city governments to surrender”lest they burn. Twitter”and the threat of outside agitators”has become the new way to shake down and renegotiate the racial coalition.

Race war, like lost airliners, sells”even if the facts always prove to be other than what was initially reported by our compliant media.

For example, it turns out Michael Brown wasn”t a gentle giant but a woman-abusing thug with a history of violence who chose to attend one of the most violent schools in Missouri and was probably in the Bloods.

Freddie Gray, whose death caused the Good Morning Baltimore Riots, was a switchblade-wielding heroin junkie with a history of injuring himself to sue the cops, not a martyr deserving of his own course at a publicly funded law school.

John Crawford III, who was high, was killed in a Walmart while brandishing a military-looking air rifle. Crawford had a lengthy rap sheet that included weapons charges. He wasn”t a good family man who took care of his newborn child, but had multiple baby mamas.