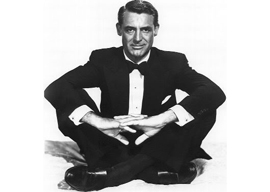 You know what gets me hot under my Brooks Brothers collar? It’s the goofballs who go off the rails into fantasy-land when it comes to formal wear.

What do you suppose it means when the invitation calls for “black tie”? There you go, Mr. Mensa”you”re supposed to wear a black jacket and trousers, a white shirt, and a black bow tie. Silk facing on the jacket, a stripe of similar ilk down the trou, a piquÃ© shirt with French cuffs, and some patent-leather shoes properly complete the outfit.

Black tie does not mean some cockamamie, off-the-wall, colored cravat with matching cummerbund that make the wearer look like a carnival freak-show barker.

A fine point: Ironically, the best tailors, Anderson & Sheppard, make their formal outfit in the darkest midnight-blue material. Mr. Halsey, their now-retired boss man, told me that blue is more flattering under artificial light than jet-black. The key is that the blue is so dark that the fellow in black doesn”t know why he looks not as nice.

Beau Brummell, the magnificent Regency fop, invented black and white as a gentleman’s evening uniform. He wore a tailcoat. It remained for the Prince of Wales (later Edward VII) to invent the tailless dinner jacket. This style was brought to America by one of my ancestors” pals, a member of the Tuxedo Club, Tuxedo Park, New York. Hence the common appellation by which the dinner suit is known among hoi polloi. However, you might as well have a sign on your back saying “rube” to call the dinner suit a “tuxedo.”

The point to remember is that the outfit is a uniform. Formal dress does not present the male with an opportunity to stand out in any garish fashion. You are meant to be a somber foil to the ladies in their spectacular gowns and jewels.

I”ll deal quickly with a couple exceptions. In Palm Beach it’s OK, in fact it’s de rigueur, for the smart Coconuts at their New Year’s Eve Ball to wear a white dinner jacket. For formal all-male dinners, a velvet smoking jacket, perhaps even with frogging and quilted lapels, is not out of the question if the occasion is frivolous enough and you know everyone. Let’s put it this way: If it’s a stag dinner for one of your mates at a club, fine. But if it’s, say, a remembrance dinner for a fallen brother officer”ixnay on the foppery.

“Unless you”re some kind of Oriental potentate, the gentleman’s general rule is: The less jewelry, the better.”

Here’s a tip on the shirt: Marcella or piquÃ© are the smartest, and I”ve seen ones with a fly front and no studs. First of all, it can have many buttons (that don”t show) so the shirt doesn”t gap open to reveal any fish-belly skin. Secondly, it obviates the need to mess with studs, invariably looking for a missing one. Unless you”re some kind of Oriental potentate, the gentleman’s general rule is: The less jewelry, the better.

There you are, Mr. Social Alpiniste, Mr. Tenzing Norgay of the Social Himalayas: I”ve given you a crash course in how to look like Mr. Wellborn.

Here’s the thing: Fashion, change, flashiness, or eccentricity are out of place in men’s formal wear. If you can stand watching the Oscars, you”ll see every imaginable variety of clown outfit on the men. There was a time when actors such as Clark Gable, Gary Cooper, and Jimmy Stewart dressed like gentlemen (check out Slim Aaron’s photo of them). No longer. Except for Jack Nicholson, your celluloid male players dress like ponces in a Tangiers male brothel.

Even the president has been sucked into the solecism of wearing a four-in-hand necktie rather than the bow. It’s not on, Sir. Nor is the shirt with an attached wing collar, which is impossible to have cleaned by a modern laundry.

Here’s how to deal with the guy in the rope-lapelled, flecked dinner jacket and the matching silver tie, cummerbund, and hankie set. Sidle up and ask in the sincerest way: “Will you be favoring us with a few songs tonight?”