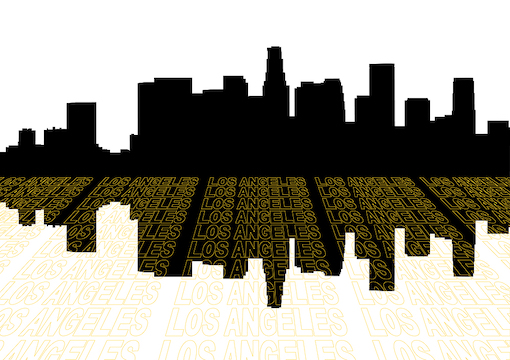 Last December I penned a column about a controversy that was at the time raging in one of the very last black areas of L.A., the Crenshaw district. There was a mall—known locally as the Crenshaw Mall, but properly titled Baldwin Hills Crenshaw Plaza—that was for all intents and purposes the city’s last “black” mall.

Needless to say, the mall, like the district itself, had fallen into disrepair, as black areas tend to do. And it went on the market (sadly, the few remaining stores, like Uncle Nappy’s Jheri Curl Emporium and Mama Odom’s Southern Fried Menthols, couldn’t keep the entire structure afloat). A consortium of whites and Jews looked at the dying mall, and the dying neighborhood, and the demographic trends in the area, and decided to buy the aging relic to refurbish it as something that “other than blacks” might wish to patronize.

Naturally, that didn’t sit well with the district’s blacks. They wanted control of “their” mall, afraid that outsiders might attempt to gentrify “their” community. So they protested and chanted and marched and rhymed and signified. They even picketed the homes of the wealthy Westsiders behind the purchase offer. And soon enough, the investors pulled out. That’s what I wrote about in December.

“To lobby tirelessly for open borders and then blame L.A. black ‘displacement’ on ‘gentrifiers’ is grotesquely dishonest.”

Leave it to blacks to try to purchase an entire mall on layaway.

Unfortunately for the local activists, a group of actual real estate developers with actual money to spend stepped in and made a better bid. And unlike the West L.A. whites and Jews who got scared away by the BLM-style protests last year, this consortium was made up of New Yorkers. To picket their high-rise condos would require both the money for a plane ticket and the smarts to not go through airport security with a gun or crack pipe.

So the new buyers were quite safe from any hassles from the Crenshaw activists.

It’s an irony, really. At least the Westside buyers who were bullied out of the deal lived in the city. They had some stake here. By BLM-ing them into retreat, by pledging to make life hell for any nonblack locals who try to buy the mall, the activists made it so that no L.A. investors wanted in, and now the mall would be owned by people with zero connection to the city, the county, or even the state.

Bravo. There’s the black brilliance that gave us the traffic light and the Stanky Legg.

The deal with the New York developers was set to close on July 30. In the weeks leading up to that date, the activists did what they could with the faculties they had. They tried to picket an L.A. property owned by one of the investors, but it was just an empty building.

They protested outside anyway, chanting with bullhorns to a shell of a structure with no humans inside.

When that didn’t work, they turned to The Man for help. The Brookings Institution is known as a kind of “pay to play” Ivory Tower leftist think tank. As Forbes pointed out in an exposé several years ago, pay Brookings a few ducats to promote your liberal cause, and their thinkers will tank up somethin’ sweet. So on July 29, Brookings ran an in-depth “analysis” (I had difficulty typing that with a straight face) of why the black activists must, I say must, own that dang mall.

For all the dough Brookings takes in whoring itself out for leftist causes, you’d think they could at least put a little more originality into their titles.

The Brookings paper is a fascinating read. The authors paint a portrait of neighborhood activists engaged in a zero-sum battle: stay black, or get gentrified by whitey. That’s as false a dichotomy as I’ve ever encountered. It’s ludicrously false. It’s the kind of thing that could only be written by four fraudsters who don’t actually live here (according to their bios, three of the authors live in D.C., the other in PA).

Crenshaw isn’t becoming white. Crenshaw is becoming Mexican, like all formerly black parts of the south and east sections of the city. Yes, gentrification is happening, but only because Mexicans are easier to gentrify, in that they see a new mall development not as a threat, but as a new opportunity for trabajo for themselves and their 59 cousins. Trabajo during construction (drywall, señor! We pave, we pave!) and trabajo upon completion (thee restaurants need washers and busboys!).

So yeah, there is gentrification. But in terms of demographics, of who lives there, it’s the same population replacement happening in every previously black community not just in the city but in the county (a county inching ever closer to a paltry 7% black).

I wrote to the Brookings authors:

I was born in L.A. and I’ve lived here for 53 years. I know this place well, especially when it comes to demographic change. In your Crenshaw piece, you repeatedly mention black “displacement,” yet at no point do you mention that most of the displacement in formerly all-black areas of L.A. is primarily due not to gentrification but a pattern of demographic change from black to (non-black) Hispanic.

That’s not gentrification. It’s demographic replacement. In my youth, Compton was over 80% black. Today, it’s 28% black and 68% Hispanic.

Again, that’s not gentrification. That’s a population shift caused by a variety of factors including immigration, birthrate, young vs. aging populations, racially-tinged crime (in 2014 President Obama brought in the feds to stop Hispanic gangs in Boyle Heights from running blacks out of the neighborhood), etc.

I don’t understand how you can pen a piece about Crenshaw black “displacement” without mentioning these demographic trends. To a reader who’s never been here, based on your paper it would seem as though the neighborhood is facing only two options: stay black or get gentrified. But that’s not the case. Crenshaw is going the way of Compton, Watts (formerly majority-black, now 74% Hispanic and 24% black), etc.

I just wanted to ask why you didn’t mention the Hispanic demographic shift in your piece.

Only floral arrangement place-setter Tracy Loh replied. She blamed the oversight on “limited word count…we can’t get every detail in every piece,” adding, “we were specifically focusing in this piece on the sale of the mall, which is not being purchased by Latino or Hispanic American immigrants, but rather potentially by white investors.”

This dimwit thinks she can separate the mall sale from the demographic changes in the area. The community activists tried to buy the mall with long-term promissory notes. Who’d accept a deal like that from people who are not likely to be physically present in the near future?

As I replied to Loh,

There’s a wave of demographic change in the county that is only going in one direction (black communities displaced by Hispanics, and never the other way around). If you think that doesn’t play into the mall situation, you’re mistaken. No investor is going to make a long-term investment in a community that will likely no longer be there in twenty years. Listen to someone who lives here; the current “reverse Great Migration” factors into all such matters. The only way to honestly understand the plight of the remaining L.A. black enclaves is to recognize that they are essentially Blockbuster stores in the streaming age. A bailout might keep them afloat for another few years. But the end is both visible and inevitable. If you want to be truthful with your readers, you have to mention that. Otherwise, you’re ignoring the elephant in the room, and presenting your readers with an inaccurate portrait of the issue.

Of course, she never responded to that; I’m sure she was too busy innovating new ways to line up salad forks and oyster forks.

Here’s the point of all this: There’s a reason Brookings never mentioned demographic change in the Crenshaw piece, and it’s got zero to do with “word limit.” Brookings—a supremely well-connected institution that supplied think-tankery to Obama and continues to do so with Biden and congressional Democrats—is 100% in favor of open borders and unlimited “refugee” intake. These are the clowns who supply the “intellectual” arguments for exactly the demographic replacement that is making L.A. blacks as scarce as the coelacanth. Now, I may personally not mourn the loss of black L.A., but I abhor dishonesty. And to lobby tirelessly for open borders and then blame L.A. black “displacement” on “gentrifiers” is grotesquely dishonest.

These Brookings ideologues and their pals are the ones who screwed L.A.’s blacks. These Ivy League, well-connected leftist “thinkers” who prepare position papers and talking points for open-border Democrats nationally and locally brought this about. But blacks, who often prefer impulsivity over long-term intelligent planning, can only see the “whitey” trying to buy their mall. They can’t see the people who erased black L.A. via population replacement.

And they won’t. They’ll continue to vote for open borders.

And they’ll continue to make poor, shortsighted decisions as they shuffle their way out the door.

The New York developers didn’t close the deal on July 30. They didn’t back out, they just requested a two-week extension. In response, a member of the “save Crenshaw Mall” Instagram page wrote,

Occupy Crenshaw mall~ Get members of your community on board…If that doesn’t work.. let them build whatever they want and then in the night sing it a lullaby.. like London Bridge.

As in, “is falling down.” A fairly clear threat of violence…an idiotic, destructive, but not unexpected response from a shortsighted people who voted for the importation of the foreign-made rope that’s hanging them.