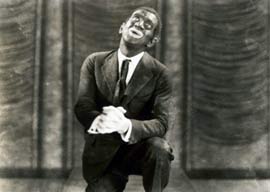 Virginia’s Democratic Party is currently in a state of white-hot (pun intended) crisis due to the fact that two high-ranking white politicians have admitted to wearing blackface in the distant past, whereas a high-ranking black politician stands accused of sexual assault.

If you’re at all familiar with modern mores, you’d realize that wearing blackface is considered far worse than raping someone, so we’ll leave the rape allegations against black Lieutenant Governor Justin Fairfax alone this time around.

Still resisting calls for his resignation, flip-flopping Governor Ralph Northam recanted an admission that he appeared in a yearbook photo either as a Klansman or in blackface, only to let it slip that he wore blackface while impersonating Michael Jackson in the early 1980s.

Last week, Virginia’s Attorney General Mark Herring admitted that he wore blackface in 1980 at a time when he didn’t realize how deeply hurtful and borderline murderous it was to do such a thing:

In 1980, when I was a 19-year-old undergraduate in college, some friends suggested we attend a party dressed like rappers we listened to at the time, like Kurtis Blow, and perform a song. It sounds ridiculous even now writing it. But because of our ignorance and glib attitudes — and because we did not have an appreciation for the experiences and perspectives of others — we dressed up and put on wigs and brown makeup….[T]he shame of that moment has haunted me for decades….That conduct clearly shows that, as a young man, I had a callous and inexcusable lack of awareness and insensitivity to the pain my behavior could inflict on others.

If I were able to travel back to 1980 in a time capsule and worm my way inside Herring’s mind, I suspect that if anything, he thought he was paying tribute to black musicians rather than inflicting deep pain on all black Americans. I also suspect that most people only make such embarrassing public apologies when they realize they are in deep trouble and that such ex post facto groveling is mostly a way to avoid repercussions rather than some sudden epiphany about the undeniable sinfulness of their ways. For most people, remorse only seems to come at the expense of social disapproval. Things suddenly become “wrong” only because there are social penalties for it.

“The only thing wrong with blackface these days is that you can get in trouble for wearing it.”

Then again, as someone trained to know the difference between reporting and editorializing, I like to make it clear that I can’t read minds.

Ex-FBI Director James Comey, however, appears to think he knows exactly why anyone would dare to wear blackface.

In a syndicated op-ed he initially wrote for The Washington Post, Comey attempts to explain “Why white people invented black face [sic]”:

White people designed blackface to keep black people down, to intimidate, mock and stereotype. It began during the 19th century and wasn’t about white people honoring the talent of black people by dressing up to look like them. It was about mocking them and depicting them as lazy, stupid and less than fully human. It was a tool of oppression.

Apparently, Comey has the magical ability to ride a magical carpet backward to the 19th century and read the sinister minds of the evil whites who were always keeping blacks “down” from, oh, realizing the massive potential they always display when left to their own devices in places such as Haiti and sub-Saharan Africa? He is also factually wrong about when blackface originated—white actors have been wearing blackface to portray Othello since the 1600s, and a white actor named Lewis Hallam, Jr. wore blackface in a play called The Padlock in New York City in 1769.

Writing for The Chicago Tribune, a black woman named Dahleen Glanton offers to forgive every white person who’s donned blackface up until this moment—but if you choose to wear blackface henceforth, she threatens that you “will get no mercy” because “we’re coming after you.”

Pardon me for thinking that printed threat sounds a wee bit lynch-mobby.

This past October, superstar TV broadcaster Megyn Kelly was fired merely for uttering the factual statement that when she was a kid, wearing blackface was no big deal:

But what is racist? You truly do get in trouble if you are a white person who puts on blackface at Halloween or a black person who puts on whiteface for Halloween. Back when I was a kid, that was OK, as long as you were dressing up as like a character.

And just last week, Italian luxury brand Gucci yanked an $890 turtleneck sweater from its line after people complained that the red lips surrounding the mouth hole reminded them of blackface.

But when one actually takes the time and clears their mind enough to take an objective gander at the history of white performers wearing blackface, in the majority of cases they were depicting benign and lovable characters. For every Birth of a Nation blackface rapist, one can find a hundred smiling, dancing, happy-go-lucky blacks who may be a little dimwitted but are neither threatening or hateful.

Contrast that to modern media depictions of poor whites, who are no longer portrayed as lovable Li’l Abner or Jed Clampett rubes—in almost every case, you have the feral, subhuman rapists from Deliverance or Pulp Fiction alongside the burglars in home-security-system commercials who, against the stats, are almost always depicted as white. It is almost impossible to find a positive modern depiction of white people who aren’t, at the very least, either apologizing for being white or nobly getting out of the way to make room for a nonwhite world.

Even Mickey Mouse and Bugs Bunny appeared in blackface.

And pay no heed to the fact that black performers routinely appear in whiteface to mock white people. Among the many examples of black artists who are not condemned for wearing whiteface include Snoop Dogg, Martin Lawrence, Dave Chappelle, Nick Cannon, and Shawn & Marlon Wayans, who did an entire movie where they posed as two idiotic White Chicks.

Spare me your nonsensical, goalpost-moving alibis about how whiteface is merely a response to blackface and rather than being a way to openly demean whites, it’s a pathway toward achieving some ill-defined and unquantifable notion of “racial justice.” Just call “justice” what it seems to be in practice—“revenge.”

Lest you get the wrong idea, I am not offended by whiteface; it’s the double standard that bugs the hell out of me.

I remember a picture of my mother and my aunt dressed in blackface for a Halloween party back in the 1940s. None of us considered it hateful—instead, the word we always used was “funny.” And back in 2001 in San Francisco of all places, I performed in blackface and wasn’t lynched by the all-white crowd—something that would never happen today. We’ve made so much “progress” that white people are afraid to breathe for fear of offending someone.

The only thing wrong with blackface these days is that you can get in trouble for wearing it.