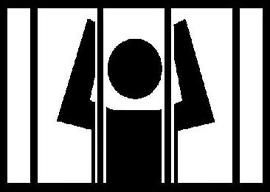 Over one cruelly protracted evening last November in the tiny Texas town of Cleveland”up in the ragged piney woods fifty miles northeast of the giant flying-cockroach terrarium called Houston”an 11-year-old girl was passed around like a meaty pre-pube rag doll between two dozen or so males ranging in age from 14 to 26.

Police have made eighteen arrests in an ongoing investigation. So far, all of those charged are black, and the preteen victim has been identified as Hispanic. A judge has placed a gag order on the case, presumably to throw a wet blanket over what is rapidly becoming an ethnic tinderbox in this town of 8,000 where the major employers are Walmart and a prison.

Cell phones and text-messaging made this Super Preteen Gangbang a technologically orchestrated sex crime”call it a Flash Rape. Court documents say the 11-year-old victim initially accepted an offer from a 19-year-old male with prior drug convictions to go “riding around” with him and two other males on November 28. They wound up at one of the male’s houses, where the girl was threatened with a beating if she refused to strip naked and service them. She complied, and as she was being passed around like a Sex Bong from the bathroom to the bedroom, four other males were invited via cell phone to come ride the train. They soon arrived, but when one of the attacker’s aunts unexpectedly returned home, the entire crew, including the naked 11-year-old, escaped out a back window.

They resumed activities at a trash-covered, glass-strewn trailer home that had been abandoned since Hurricane Ike rendered it uninhabitable in 2008. As phone calls and text messages were beamed out through the black neighborhood known as “The Quarters” and the number of assailants swelled from the initial trio to as many as 28, at least one of them thought it”d be a smart idea to immortalize the festivities on video. According to an affidavit, the victim “stated that digital still images and digital video images of the sex acts were recorded by one or more individuals using cellular telephones.” One of these DIY documentarians also thought it wise to later share the kiddie porn with several other Cleveland High School students. His video spread like scrotal warts from one cell phone to the next, causing one student to tell a teacher, who told the police, who launched an investigation.

Police began making arrests of teenaged and adult men with names such as Cedric DeRay Scott, Kelvin Rashad King, Jamarcus Norris Napper, and Devo Shaun Green. Every mugshot and series of mugshots revealed the perps to be exclusively derived from Cleveland’s black population. One of the accused had been free on bond but is still facing charges for a 2008 shooting death. Another had been facing felony beefs for two aggravated robberies over the past year, one regarding a gun to the head and the other involving full-blown gunplay. Yet another had served a month in jail last year for assaulting a family member.

Local blacks instinctively defended the defendants and got way down low with the art of blaming the victim. The 11-year-old who”d been used as a sexual pincushion and is probably emotionally destroyed for life was called both a “snitch” and a “willing participant” who “dressed older than her age, wearing make-up.” Women made comments such as “She lied about her age. Them boys didn’t rape her. She wanted this to happen” and “Where were [the parents] when this girl was seen wandering at all hours with no supervision and pretending to be much older?” James D. Evans III, black defense attorney for several of the defendants, said “the victim was seeking attention and she wants to be a porn star.” One of the accused’s mothers appears around 0:45 of this video to hoot and holla in a nearly indecipherable Lone Star ghetto twang about how it’s the Hispanic parents” fault for supervising her little girl so poorly that she got mega-raped.

It doesn”t seem to occur to Ghetto Mom that the same could be said about herself and her accused-rapist son, as well as all the parents of the two dozen or so other perps. But tribal instincts have a way of blotting out obvious facts that might be harmful to the tribe.

“Media outlets picked up on this white-racism theme and ran with it like Usain Bolt fleeing a convoy of monster trucks.”

The victim was removed from her own family and placed in Child Protective Services several weeks ago. There are rumors that she had a Facebook page where she “makes flamboyant statements about drinking, smoking, and sex” and spoke of “being hurt many times” and how she “let people take advantage” of her. The victim’s mother, identified only as “Maria,” insists that the perps knew her daughter was only an 11-year-old who “still loves stuffed bears.” She says she’s received numerous threatening calls and that police have urged her family to relocate rather than face the stitches that the ghetto gives to bitches who are snitches.

While the victim’s mother was receiving phoned threats from blacks, local Hispanics allegedly made death threats to a church that planned to host Houston race pimp Quanell X, former crack dealer and current New Black Panther who”d promised to blow into town in defense of the accused. According to Mr. X, police had told him to cancel the church meeting to avoid exacerbating “racial unrest between black and Hispanic groups.”

Quanell and his Quan”tourage relocated their event to a community building. Rubbing salt and squeezing lemon juice in Latino flesh wounds, Quanell conceded that local Hispanics had “a right to be angry with black men who ravaged a young girl…but the first house you need to stop at is her Mama and Daddy’s house!,” a statement which was cheered and amen”d by what looked like an entirely black audience. Although he claimed he “did not come here this evening to jump on an 11-year-old girl,” he also questioned why she “didn”t report the attack to the authorities herself.” He wondered out loud why “only young black men had been arrested” for this crime, failing to ponder that perhaps the videotaped evidence only showed young black men. Again”those tribal instincts can blind a man, especially one who makes his living as a tribesman.