The Blackwater affair has all the clichÃ©d elements of Hollywood conspiracy “thrillers”: an atrocity cover-up, a right-wing Christian villain at the helm of a powerful corporation, assassinations, and illicit sex.

Blackwater (now known as Xe for image reasons) is the world’s most powerful security firm, having expanded its operations in tempo with U.S. intervention in the Middle East. And for the last 6 years, it and Haliburton have been, rightly and wrongly, the ultimate war-profiteering bogeymen in the minds of the antiwar Right and Left. Now, Erik Prince, the company’s founder and chairman, stands accused of killing witnesses who were cooperating with a federal investigation into the deaths of several innocent civilians in Iraq.

Lending the story another twist of intrigue, Prince and like-minded colleagues reportedly viewed themselves as a band of crusaders in the tradition of the Knights Templar. Such a claim seems almost fantastic; in court affidavits, it is followed up by allegations of money laundering, child prostitution in Iraq, and a wife-swapping ring for Blackwater executives. None of this behavior is particularly chivalrous, but it inclines us to ask: who were the mysterious Knights Templar, and do Prince and his contractors have any right to their spiritual heritage?

The Templars were a military order founded for the defense of Christian pilgrims in Jerusalem in 1118*. The battlefield exploits of these warrior-monks were legendary, and the tragedy of the order’s end in 1307 ensured that the history of the Templars would be enveloped in myth. King Philip IV of France had the knights arrested and their assets seized by accusing the order of blasphemy, heresy, and sodomy. Its grand master, Jacques de Molay, recanted the confessions he had made under torture, but was burned at the stake in 1314. Recent studies and newly rediscovered Vatican archives have found the Templars innocent of these charges.

Over the centuries, the Templar mystique has proven irresistible; a number of groups have sought to fabricate ties to the knightly order. With the onset of the Enlightenment, gnostic sects, occultists and freemasons all rushed to enlist the long-deceased Templars into their various agendas. Popular (and blatantly false) representations of the military monks have found special resonance in today’s secular culture—The DaVinci Code is just the beginning. And we are now informed by the media that Blackwater operators used Templar-related callsigns while on duty in U.S.-occupied Iraq as part of a “crusade” against Muslims.

Prince and his Blackwater crew may have fancied themselves “crusaders,” but their actions and worldview leave them far removed from the actual Templars. The medieval military orders at their best represented the union of the monastic and warrior ideals. Chivalry was seen to attain its highest calling in the quest for holiness. The chronicler Jacques de Vitry characterized the Templars as “in turn lions of war and lambs at the hearth; rough knights on the battlefield, pious monks in the chapel; formidable to the enemies of Christ, gentleness itself toward His friends.”

Sworn to a life of poverty, chastity, and obedience, and facing the probability of death at the hands of the Muslim enemy, the Knights Templar were driven mainly by faith and the obligation to protect Christians in the Holy Land. St. Bernard of Clairvaux composed the order’s austere rules, with special consideration given to military realities. This spiritual discipline of the warrior-monks carried over onto the battlefield as well, where they were able to operate as a cohesive and effective fighting unit, a quality rather rare in the Middle Ages. The knights were called to accept martyrdom. At the disastrous battle of Hattin in 1187, 230 Templars were captured by the famed Saladin’s forces. All 230 of the brothers chose decapitation over apostasy.

What is the primary motivator for contractors in today’s conflicts? According to a friendly write-up on Blackwater in The Weekly Standard, the unofficial “Contractor’s Creed” goes something like this:

I care not for ribbons and awards for valor. I do this job for the opportunity to kill the enemies of my country, and to finally get that boat I’ve always wanted. In any combat zone, I will always locate the swimming pool, beer, and women, because I can. I will deploy on my terms, and if it ever gets too stupid, I will simply find another company that pays me more.

There is an allusion to patriotism in the creed, but profit is obviously the central concern, and it would be silly to expect otherwise from mercenaries. One would likely find comparable sentiments expressed among the Condottieri, the hell-raising hired soldiers of medieval Italy. Yet it is more than a stretch for Prince to identify with the Templars. While the order and Blackwater are both seen as militarily powerful and influential corporations, that’s where the similarities end. The mercenary and the monk are oriented toward vastly different goals.

Because of Prince’s reported pretensions of carrying on a “crusade,” it is also important to examine the cause his company serves in the Middle East. Unlike the Templars, an order of the Church, Blackwater is on contract with the U.S. government, the same power promoting “democratic capitalism” and “women’s liberation for Muslims.” Even in the face of Papal condemnation of the Iraq War, Prince, a Roman Catholic, was an aggressive player in the country’s occupation, a venture that turned handsome profits from taxpayer dollars. In 2007 alone, Blackwater made over $1 billion.


If allegations are correct, Prince had a rather crude and distorted notion of medieval Christendom’s campaigns in the Levant. Court affidavits assert that the Blackwater chief acted with an aim to “eliminate” Muslims. It is necessary to note that the historical crusades were an attempt to regain Christian ground lost to Islamic invaders in the preceding centuries. The mission of the Templars in particular was to safeguard pilgrims and protect the Holy Land. Blackwater, meanwhile, functions as a high-priced instrument of Washington’s postmodern empire.

Company officials readily proclaim as much:

If you’re not willing to drink the Blackwater Kool-aid and be committed to supporting humane democracy around the world, then there’s probably a better place to go work, because that’s all we do.

Helping the State Department bring consumerism, diversity and town-hall meetings to the Islamic world has nothing to do with the crusading ideal. Neither, for that matter, does gunning down Iraqi civilians or targeting Muslims for extermination. The foreign policy Blackwater facilitates destabilizes the Middle East, to the grief of Christian and Muslim communities alike, and promotes Islamic power in Europe, the ancient heart of the West.

Prince is often called a “conservative Catholic” in the various articles and exposÃ©s written on his company’s activities. For all of his supposed traditionalism, he must have had a rather elastic interpretation of the Church’s Just War Doctrine to support a U.S. policy of preemptive war and occupation. Prince’s business decisions place him in the camp of neoconservatives such as George Weigel and Michael Novak, Catholics who embrace globalized modernity and advocate armed social engineering abroad to further its spread. 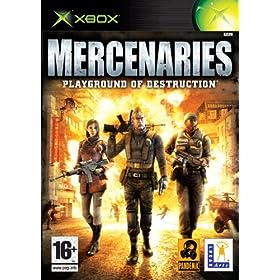 Judging from his actions, Blackwater’s founder adheres to the widely-held belief that the United States is called to redeem the world through democracy and “free markets.” This way of thought finds America to be the grand instrument of God’s will, which curiously conforms to the interests of U.S. policy and financial elites. Many self-proclaimed religious conservatives misguidedly place their faith in an only nominally “Christian” kingdom of this world rather than the Kingdom of God, and assist the triumph of profane materialism. The Blackwater scandal might just seem like a case of life imitating bad art on the level of a Dan Brown novel. But there is a more unsettling tendency at work here—the appropriation of faith and tradition for profoundly anti-traditional and anti-Christian ends. Erik Prince, envisioning his mercenary company as a successor to the Templar order, could create only a deadly counterfeit.

*Some excellent contemporary sources on the Knights Templar are The New Knighthood : A History of the Order of the Temple

by Malcom Barber, The Templars

by Piers Paul Read, and The Templars: The Secret History Revealed