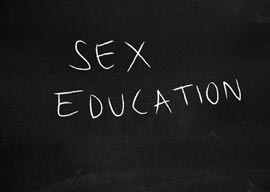 Doctor Johnson wisely advised writers to strike out those passages in their own work that they found particularly fine; but the opposite of this advice is followed each week by The Lancet, one of the world’s leading medical journals.

Each week, its cover bears in bold letters between quotation marks a quotation from itself. Presumably the words are chosen for their special merit; suffice it to say that they are distinctly sub-Wildean in their wit and in fact constitute by themselves an argument against the benefits of eidetic memory. They are quoted but not quotable. The great Russian neurophysiologist A.R. Luria wrote a book about the case of a man who could forget nothing. It would have been cruel to give him the covers of The Lancet to read.

Whenever the auto-quotations touch upon a political subject, or a subject with a political aspect, they are of such an unctuous sententiousness that they make Mr. Podsnap seem like a neurotic self-doubter. They are usually inexact, flatulent, self-important, and frequently stupid. The editor, I should imagine, is very proud of them.

This week’s immortal words, I noticed, went as follows:

“The only thing that is necessary for humbug to triumph is for the obvious not to be pointed out. “

A new agenda for sexual and reproductive rights is needed that recognises the full scope of people’s sexual needs, and enables all people to choose whether, when, and with whom to engage in sexual activity; to choose whether and when to have children; and to access the means to do so in good health.

The late John Gross, who probably had the most profound and extensive knowledge of literature in English of any man who ever lived, said in his book about Shylock that his great speech (“Hath not a Jew eyes,” etc.) never lost its impact however many times it was repeated”and this is true of many other speeches in Shakespeare. The unquenchable impact of The Lancet‘s words is similar; except that the emotion they arouse is similar to that aroused by a badly scratched record or a whining child, a mixture of aesthetic dismay and impotent irritation.

The purpose of these words (I surmise, for I cannot prove) is to create in the reader the impression of the writer as a generous and broad-minded man, denial of whose principles establishes him who would deny them as a blinkered bigot. And yet I cannot believe that the writer is so foolish or wicked a man actually as to have meant what he said. The words as quoted are a rapists” charter; no perversion is too perverse to fall under its permissive rubric. There have been men who have been able to achieve orgasm only by derailing trains or by paddling their hands in the entrails of the people they have just killed: Ought the “full scope of [their] sexual needs” have been met? That people ought to be able to have sex when they choose, with whom they choose, entails that they should be able to force themselves on others even in public, for there can be no when without a corresponding where”for as we know, sexual desire (impossible to distinguish from need) does not always arise at moments hitherto considered appropriate. From the fate of children under this regime of unalienable rights to be included in the proposed Declaration of Sexual Rights it is best to avert one’s mind.

I hesitate to mention such obvious considerations, precisely because they are so obvious; but the only thing that is necessary for humbug to triumph is for the obvious not to be pointed out.

The attraction of humbug is no doubt permanent”we all desire to appear better than we are, and to reprehend vice more deeply than we do”but we seem to be living in some kind of golden age of humbug. The reason for this is probably that virtue now consists almost entirely of mouthing the most approved opinions, demanding almost nothing of actual conduct, so that the more correct your views, and the more strongly you express them, the better person you are.