Blame it on Cain 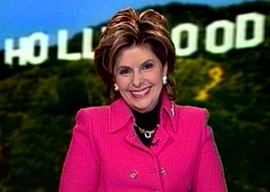 Herman Cain is under attack, so why aren’t the Hollyweirdos flocking to his aid? Why won’t Alec Baldwin stop pimping Capital One credit cards long enough to help a brotha out?

Back when Obama was questioned about his elementary-school transcripts, Hollyweird utopians were outraged. How DARE they question his grades? Don’t they know he’s, like, the smartest guy ever? How racist!

Black liberal utopians are no better. Harry Belafonte, Samuel L. Jackson, and Morgan Freeman are all suddenly unaware of the grievous insult to Cain. The NAACP is so quiet you can hear a mouse pee on a cotton ball, content to watch a brotha get a straight-up bully beatdown. Meanwhile, the Congressional Black Caucus stands by, waiting for Cain to lose consciousness from the beating so they can take his wallet, remove his watch and wedding ring, and—“Hey, John Lewis, don’t forget to get Cain’s hat!”

If black liberals won’t speak up for Cain, surely liberal women will. If a black man is being accused of sexual harassment, well, race trumps gender. Sorry, ladies. Oh, wait—he’s a conservative, and liberal trumps everything. Sorry, Herman.

“Don’t expect the left’s usual white-guilt crowd to beg the sheriff into letting this Negro go.”

NOW concludes that women are as powerful as men—at least liberal women are.

So in this time of tutti-frutti, 32-flavor, NOW-generation, sexual-revolution cross-gendered and cross-dressing bottoms, tops, and otherwise is it even possible to sexually harass?

Are there any pure women on the liberal side any longer? Most appear to be androgynous, if not downright mannish, such as Janet Napolitano, Janet Reno, and Elena Kagan. And what about Hillary Clinton? If it weren’t for Chelsea, there might be a lot more scrutiny on her.

These ladies remind me of a hyena clan: strong, powerful females with the male genitalia to prove it. So why are they suddenly setting the women’s movement back to the 1950s by wilting like flowers in the face of “sexual harassment”? Maybe even NOW knows that the media’s so-called exposés on Cain are ridiculous?

The leftist media certainly didn’t let the lack of substantive facts prevent them from showcasing their lack of journalistic integrity. For them, there was ample evidence; after all, it was a conservative black man taking the heat.

Cain is supposed to have “gotten too close” to a woman or made some woman “feel” that Cain was coming on to her. Damning evidence if I do say so myself. What’s next—“Two Gay Haberdashers Accuse Cain of Sexual Harassment”?

While getting fitted for a suit, Cain reportedly asked for cuffs. The gay tailor felt that Cain was hitting on him. Cain provided the lame excuse that he was talking about cuffs on his pants.

Sexual harassment is situational anyway, isn’t it? For a woman to “feel” sexually harassed depends on how the woman feels about the potential harasser.