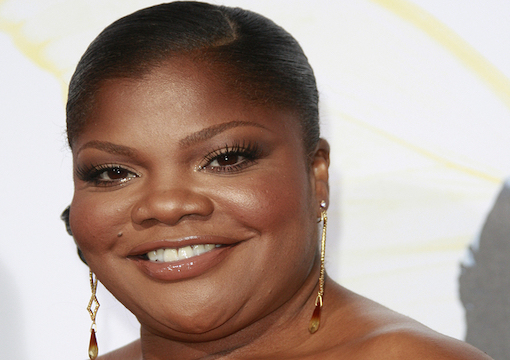 I’ll begin this week’s sermon, I mean column, with the Parable of the Hemorrhaging Mexican Whore. I used to have this friend—I won’t say his name because he’s an actor and you’d know him—who loved driving down to Tijuana to avail himself of the brothels. Man oh man, did this guy love the TJ hookers. Bargain-basement prices, and relative anonymity for the johns.

Sometime in 2005, I was supposed to have a meeting with the guy to map out a TV pilot I was producing for him. It was a Monday following one of his south-of-the-border weekend excursions. He showed up for our lunch in a panic. The working girl he’d procured on his most recent visit had apparently been, how should I phrase it…unwell. In the middle of executing their contract, the scarlet senorita started bleeding, rather heavily, from her you-know-what. And now here was my friend, nerve-racked over the possibility that he might’ve caught the STD version of Montezuma’s revenge. He wouldn’t stop ranting and raving about how frightened he was, how frustrated, how angry. But I stopped him mid-kvetch. “Dude, you made the choice to go down to the armpit of the peninsula to have sex with serape-clad petri dishes. You should have known the risks; you have no right to complain.”

Here lieth the lesson: Nobody wants to hear you bitch when the shit you do that you should know better than to do comes back to bite you in the ass.

At this exact moment, two powerhouse Hollywood entities are being bit in the ass by the consequences of things they shoulda known better than to do. To be more specific, Hollywood’s identity-politics chickens have come home to roost, in two separate lawsuits, both of which saw major developments last week. And since I’m a sucker for symmetry, I thought I’d examine them side by side.

Lawsuit No. 1 deals with the lamentably successful Jennifer Lopez film Hustlers. For those of you fortunate enough not to have seen it, I’ll provide a quick rundown: Hustlers is the true story of four strippers who became wealthy (by stripper standards) by drugging men and maxing out their credit cards. A sordid tale of a quartet of sleazy, common criminals. They lured dudes to a private room where they essentially “date rape drugged” them with a mélange of MDMA and ketamine. Then the strippers would rob them of every cent they had.

As I said, sleazy common criminals. But they were women. And some of them were women of color. And most of the victims were white. So Hollywood was like, “Let’s glorify these courageous role models!”

Jennifer Lopez and her production company Nuyorican partnered with STX Entertainment to produce Hustlers, and boy, did it resonate with every low-IQ social justice mouthbreather in the biz. The Hollywood Reporter’s Kristen Lopez (a.k.a. “two affirmative-action quotas for the price of one”) described the valiant strippers as only a truly stellar dimwit could: “Their actions became the rallying cry of the oppressed everywhere.”

Yes, drugging and robbing people is exactly what “the oppressed everywhere” long to do. Christ, if I’d said that, I woulda been banned from Twitter.

The film became an industry cause célèbre because of its “anti-Trumpian” message of empowerment: women of color taking control of their lives by drugging and robbing white men. The real-life stripper felons went on press junkets to promote the movie. Hell, J. Lo herself partied with the roofying robbers, even walking the red carpet with one of them at the Toronto International Film Festival.

Because those drugging, thieving strippers are heroes!

And now J. Lo and STX are being sued by one of those “heroes” because the film didn’t portray her heroically enough! Ex-stripper Samantha Barbash, a mixed-race plastic-surgery nightmare who looks like a cheap Mexican knockoff of an inflatable sex doll, claims that the movie does not make her look as “ethical” and “loyal to her colleagues” as she is in real life. In her legal complaint, filed last week, she doesn’t contest the fact that she drugged and robbed the guys. She’s fine with that part. And she’s fine with how positively her actions were depicted in the film. She’s only pissed about the fact that she was portrayed as possessing a few personal flaws. So she’s suing Lopez & Co. for $40,000,000.

Lopez and STX are contesting the suit. They shouldn’t. They brought this on themselves by lionizing pure, 100% human garbage. They took four common criminals, thugs, worthless bottom-feeders, and told them, “You’re the greatest, most noble role models since Florence Nightingale” (that Barbash is the only one of the strippers who’s suing is due to the fact that J. Lo and STX made deals with the others before production started).

This is typical “woke” behavior, patronizingly telling the lowest among us that they’re the greatest. And now Lopez et al. are paying the price. Barbash is acting logically based on what she was told by the filmmakers. If she’s so purehearted, so valorous, so beneficent, then by logical extension the negative aspects of her onscreen representation must be lies. Actionable defamation.

A deluded moron is suing the Dr. Frankensteins who brought her to celluloid life. I hope she bankrupts every damn one of the jackasses who thought they could feed the beast’s ego and emerge unscathed.

Which brings us to lawsuit No. 2. Obese black actress and “comedian” Mo’Nique is suing Netflix because the company “only” offered her $500,000 to tell some “white people be walkin’ funny ’n’ shit” jokes for a concert film. Mo’Nique’s argument is simple: Other comedians—Eddie Murphy, Jerry Seinfeld, Dave Chappelle, Amy Schumer, Ricky Gervais, and Chris Rock—got more than $500,000 for their Netflix specials. Therefore, Mo’Nique deserves exactly as much as they got, because whenever a black female gets less money than someone else, it’s because of racism and sexism (or as I like to say, raxism!).

Netflix is fighting the suit. But why? Netflix routinely does everything it can to trumpet how “woke” it is. In the content it produces and distributes, in the political stands it takes as a company, in the partnerships it forms, even in its tweets, Netflix is a veritable sewer main piping “gender and racial justice” fecal matter into the popular culture. Mo’Nique is merely reciting Netflix’s “truth”: Equal pay is an absolute; there is no context allowed. If Netflix tries to argue that Mo’Nique is worth less as a comic than, say, Murphy or Seinfeld, such a defense would mean that a black woman can be in the same line of work as a white person or a black male and yet deserve less pay for reasons other than racism and sexism.

Netflix is simply being held to what it preaches, which is that if there isn’t exact, to-the-penny pay equity between whites and nonwhites, men and women, raxism is to blame. This is Netflix’s gospel, so why is the company acting with such hypocrisy? Apologize for the discriminatory conduct and give Mo’Nique $100,000,000.

Netflix’s execs should have known what they were getting into before they approached Moby’Dique in the first place. This flightless Macy’s float has a well-deserved reputation as a prima donna. When she was nominated for an Oscar for the movie Precious, she famously refused to do any press junkets to campaign for the award (which even the best actors in the biz are expected to do). She demanded extra cash just to promote the film, because she be Mo’Nique and Mo’Nique get all da money.

When her refusal to help publicize Precious upset the movie’s producers—Lee Daniels, Tyler Perry, and Oprah (a.k.a. the biggest names in “black Hollywood”)—Mo’Nique told them to get bent. When Steve Harvey told her she shouldn’t feud with such powerful former benefactors, she told him to get bent.

And Netflix wanted to form a business relationship with this woman?

After Mo’Nique was offered the $500,000, by way of response she publicly called for a boycott of Netflix to punish the company for “lowballing” her. And now she’s suing Netflix for “retaliation,” because the streaming service didn’t up its offer following her boycott announcement. Pretend you’re a retarded ox for a moment, and that argument might make sense:

Mo’Nique: “That not enuff. BOYCOTT NETFLIX!”

Mo’Nique: “Dat retaliation! You retaliatin’ against me by doin’ nothin’.”

Last week, Netflix’s legal team filed a motion to dismiss Mo’Nique’s suit, and it’s sidesplitting. Don’t get me wrong—every word of the motion makes sense. What’s funny is watching Netflix attempt to use reason against the very irrationality it promotes and encourages. As the motion states,

Netflix’s singular act of making a “low-ball offer” cannot serve as both evidence of discrimination and evidence of retaliation for criticizing the alleged discrimination. Plaintiff’s retaliation theory is, indeed, nonsensical. Plaintiff appears to claim that after she made a public call for a boycott based upon an opening offer that Netflix believed was fair, Netflix had an affirmative obligation to increase its offer.

Yep, that’s what she’s arguing, and that’s the woke logic that Netflix’s philosophy engenders. A black woman was unhappy, so therefore the very act of not giving in to her demands constitutes retaliation. Mo’Nique didn’t even make a counterproposal. She was offered $500,000, and her response was to call for a boycott. And when Netflix didn’t come running with reparations, she labeled their lack of action “retaliatory.” Because how dare anyone not capitulate when a black woman is angry.

Even “black Twitter” responded to Mo’Nique’s suit with derision. “Bitch u not even funny,” tweeted one prominent black Twitterer. “I didn’t even know you still around.”

Netflix’s attorneys are doing their best to contest the suit, but they’re trying to use common sense against an aggrieved product of entitlement culture. It won’t work against her, and it won’t impress a jury made up of black women. Netflix is getting a taste of what average Americans have to deal with on a daily basis. In any other context, had a black woman been offered a job, had she rejected the proposed pay, had she called for a boycott of the company that sought to employ her, and had she sued the prospective employer for not upping the offer in response to the boycott, Netflix would have been the first to release a documentary immortalizing the woman as the new Rosa Parks and condemning the employer as KKK scum.

I hope Netflix loses its shirt.

J. Lo deifies street trash, then she gets sued for not treating street trash like a deity. Netflix execs lecture the world on the inviolability of equal pay for women of color, so now equal pay is being demanded of them by a woman of color.

Much like my pathetic actor friend, J. Lo and Netflix made the choice to do business with unclean whores. And just like my actor friend, they are behind every misfortune that befalls them.