Boko Haram and the Indelible West 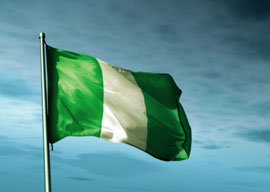 When I arrived in the city of Maiduguri nearly thirty years ago, everyone was away at the public executions. It was a ghost town until the spectators returned as from a football match in which the home team had won a decisive victory, as it were. It is true that one of the three men executed told the television reporter, as he was being tied to the stake before he was shot, that he was innocent of the crime (armed robbery) with which he had been charged; but I suppose the utilitarians among us would argue that it was better that someone rather than no one be shot in retribution for an armed robbery, for otherwise people”at least the wrong people”would get the idea that they could rob with impunity.

I had no suspicion in those days that northern Nigeria would become the center of an indigenous Islamist movement. True, there had just been some rioting between Christians and Muslims in the city of Sokoto, but things had quietened down by the time I reached it, and drink was available again in the Christian quarter.

“When I first heard the meaning of Boko Haram, the words for the Islamist movement that kidnapped some two hundred girls and threatened to sell them into servitude, or marry them off forcibly, I thought of Gandhi.”

If anything, I was in favor of Islam in northern Nigeria, for superficially at least it made things quite a lot easier for the traveler. The Muslims did not approve of petty theft (rather like the Mafia in Sicily) and so made it possible for one to relax one’s guard. If a man in a northern market was seen to have stolen something a hue and cry was raised and, if caught, the thief was beaten to a pulp. While not conforming, perhaps, to the highest standards of jurisprudence, for it presumed guilt rather than innocence and permitted no defense, this method kept theft down, to the great advantage of visitors such as I. Nor do I remember any atmosphere of tension or conflict in northern Nigeria, though southerners were apt to complain that too much of the country’s oil money was siphoned into the north. The Muslim costume seemed to me not only elegant and dignified, but eminently suited to the climate, and I went so far as to buy a yellow bou-bou in the Kano market, to the great delight of everyone there. I intended it for a fancy dress party if ever I were invited to one, which I never have been. In any case, I don”t now go to parties. It is so long since I went to one that I have forgotten whether I don”t go because I”m not invited, or I”m not invited because I don”t go.

I was a somewhat unusual visitor to Nigeria, for I was there from no economic motive and, even more unusually, I liked it. You could always have a good laugh with a Nigerian, for Nigerians were the most self-deprecating people in the world. It was their saving grace, but I once sadly overestimated its importance. I thought that it would prevent the government from hanging my friend (or rather friendly acquaintance), the writer Ken Saro-Wiwa, but they went ahead and hanged him all the same on a trumped-up charge.

When I first heard the meaning of Boko Haram“the words for the Islamist movement that kidnapped some two hundred girls and threatened to sell them into servitude, or marry them off forcibly”I thought of Gandhi. Boko Haram, so we were told and therefore implicitly believe, means “Western education is forbidden,” and it recalled what Gandhi replied when asked by a reporter what he thought of Western civilization. “It would be a good idea,” he said.