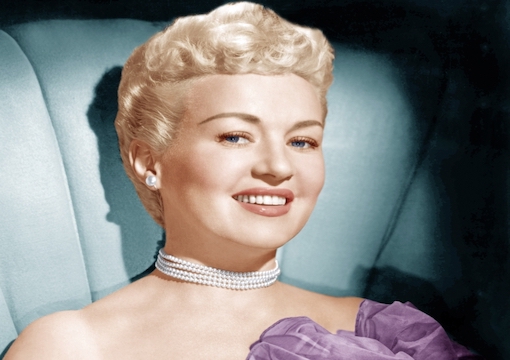 GSTAAD—I’ve been hitting the books rather hard lately, the ritzy-glitzy crowd having gone the way of natural snow. There’s great skiing, they tell me, but it’s man-made white stuff, a bit like going to bed with a plastic doll instead of the real thing. I know, skiing is skiing, but it’s somehow different for me; I need the true white powder, and I don’t mean the Colombian marching stuff, either.

My friend Peter “Santa Claus” Livanos sent me two literary beauties for Christmas, Wounded Tiger and Normandy ’44. The result is I’ve forgotten all about women, martial arts, booze, and even my family while deeply engrossed in them. In fact, it’s worse. If Ava Gardner and Betty Grable were alive and asked me to join them for a threesome, I’d take both books with me. There’s nothing like a quick read in between sessions with Ava and Betty. Oy vey, what is going on here? Easy, in my old age there’s nothing like reading beautifully written sagas of bravery and the human predicament. Mind you, dreaming about Ava and Betty dates me much too much, so I’ll modernize: In today’s world I’d pick Jennifer as in Lawrence, and Keira as in Knightley. And speaking of dreams, James Toback rang me from the Bagel and told me that in all his years he has never seen a better edition of any magazine than The Spectator’s triple Christmas dream issue. Ever. I agree, and a little bird tells me that along with the sainted Speccie;editor, Madame Dominic Cummings had a lot to do with it. (Did any of you catch the ludicrous Question Time when certain losers went after Monsieur Dominic Cummings? Why do losers like Clive Lewis always blame the winners rather than looking in the mirror?)

Wounded Tiger is a nonfiction novel, a term invented by Truman Capote back in the ’60s in order to cover his back and all bases. The hero is Mitsuo Fuchida, the pilot who led the attack on Pearl Harbor, 7th of December 1941. I’m in the middle, and the going is good. There is the Doolittle raid that took place after Pearl, and a missionary’s daughter, and there’s redemption at the end, but in the meantime there’s thrills and spills and even forgiveness. Fuchida was a legend among Japanese pilots, and was a natural to lead the raid that brought the United States into the war. The Rising Sun never had a chance, but boy, did they ever give it the old college try, as they used to say back in Virginia. Roosevelt forced them to fight by doing to them what The Donald is doing to the mullahs as I write, except the Japanese were MEN, and the Iranians are mobs.

James Holland’s Normandy 44 is like all the rest of his books: superiorly written history. Santa Claus Peter had James write an inscription for me, and in his new history of that great battle Holland reminds me of my “simpatico view of our Teutonic friends, and clambering up a Tiger tank.” (While climbing on the Tiger tank, a French woman screamed at me to get off. I answered her in perfect but German-accented French that I was just reminiscing of my youth and had been on it 74 years ago.) Seventy-five days of battle with more casualties than the Somme, I might add. All of us Livanos guests had a four-day feast of this great struggle, and although my Austrian buddy Tassilo Wallentin and I tried to resist James Holland’s version of events, it was a losing battle, pun intended.

The Mountbattens, a 400-page affair that went very quickly. An easy read, it left me dumbfounded as to why Dickie Mountbatten has such a lousy reputation—among know-nothing hacks, that is. He not only served his country for more than fifty years in 35 different appointments, he was also physically very brave and had an incredible capacity for work. (I consider myself the laziest person I know, and felt exhausted just by reading about his normal day.) Mountbatten was brave, foolhardy, glamorous, a show-off, and extremely ambitious. He had a sense of humor and could laugh at himself, but he was also capricious and vain as hell. People resented his driving ambition and determination. He was also a ladies’ man, although nowhere near as promiscuous as his wife, Edwina. Although I was born almost forty years after she was, I knew quite well three of her numerous lovers listed in the opus. I’m puzzled as to why the mean tabloids always hinted that he was gay. He pulled some beauties until the end, and I knew a few of them.

He was a great family man who took time for children, and reading the opus brought back some memories even to me. His daughter Pamela, still with us, was married to David Hicks, who designed my family’s house on Fifth Avenue and then my father’s house in Athens. Marble and steel combine very well, and Daddy’s house looking down on the Acropolis was probably the most beautiful one in Athens. Father lived on his large ketch Aries, and would lend his smaller sailboat Nefertiti to David Hicks and Lady Pamela every summer. I have some wonderful pictures from that period. And India Hicks, their daughter, is a friend.

Three books about men—and Edwina—who risked their lives for their country, just like the Sussexes are risking their livelihood for La La Land.