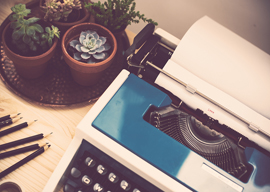 American writers are on a roll. Bob Dylan wins the Nobel in Literature (for backward children), and Paul Beatty the Man Booker Prize, the first American to do so because this was the first year Americans were eligible for the award. (Only Brits were considered until this year.)

Beatty was the unanimous choice and it’s easy to see why: He’s a black American, the book is unreadable, and it explores the legacy of slavery and racial and economic inequality in America. Oh yes, I almost forgot, the judges did mention that at a time when police violence in America against black people is at an all-time high”news to me, I thought it was the other way round, but I”m a dumb European”Americans should be forced to confront the country’s history of racism.

Some critics of The Sellout hinted it might not appeal to everyone because of its exhaustive use of the N-word and other stereotypical portrayals of black Americans. Bah, critics, what do they know? The New York Times raved about the novel, as did all the usual suspects. I haven”t read The Sellout and do not plan to, so I would be doing a disservice to you, gentle reader, if I wrote that its historical sensitivity left me cold, as did the language. Unlike that other con man, Ta-Nehisi Coates, whose novel Between the World and Me poses as nonfiction and has been on the best-seller list for over a year, Paul Beatty looks like an avuncular soul who at least tries to be funny in the Richard Pryor/Chris Rock manner by using the N-word whenever at a loss for words.

If more blacks wrote books rather than dealing drugs or sticking up banks, I”d be the happiest naturalized American in the world. As would many African-Americans, to use politically correct references. My problem is with the whites who throw awards at anything written by a black in order to show off to fellow bleeding-heart liberals that they”re in tune with them. Yet another novel, The Underground Railroad, by Colson Whitehead, an American black, received notices by publishers that would make Papa Hemingway green not with the hills of Africa, but with envy. The vile NY Times published a lengthy excerpt that had Uncle Toms hiding their faces in shame. A MacArthur “genius” grant followed, and the publisher Doubleday spoke of the opus in War and Peace terms, but with their offering being far superior to that dull Russian novel.

This guy Whitehead, like Ta-Nehisi, knows what he’s doing. Pile it on thick, is the order of the day, and some bald-headed little fat man in the Times will get it excerpted quicker than you can say “Jackie Robinson.” Nonstop sadism by whites on the plantation is the order of the day in The Underground Railroad. Torturing black slaves to death follows dinner as entertainment, and if the poor wretch doesn”t die from torture, then he’s roasted to death after being doused with oil.

Now, I went to a Southern university”the University, as Virginia refers to itself”where most of my fraternity brothers were from old Southern landowning families. Needless to say, their ancestors must have been slave owners. For some strange reason none of the traits revealed by Whitehead manifested themselves, at least in my presence. And when I was at Virginia, slavery had been abolished only ninety years beforehand. I guess I was at the wrong frat.

A character in this unreadable book, a white escaped-slave chaser in the manner of Inspector Javert, announces that the American imperative is to kill, steal, enslave, and destroy. Boy, with language like that against whites, no wonder the Guggenheim Fellowship, the MacArthur “genius” grant, and the rest of the encomiums followed. It is open season on whites by the academy, the publishing world, the media, Hollywood, and, I suppose, many politicians A.D. (After the Donald). Wall Street and its crafty financiers pay lip service to the antiwhite tsunami, but that is all they do. They will not hire blacks who fail to meet shark requirements. No wonder, then, that the white working class that’s been left behind feels hard done by. I think it’s about time they start throwing bombs”not against the fuzz, but toward the crooked media and the academy. And what about a Molotov cocktail for Doubleday for publishing such rubbish. And a big fat bonfire for the NY Times. Excelsior!

Just as I finished reading about the Man Booker Prize winner in the park off 5th Avenue, I noticed a young black man in his mid-20s, well-dressed and polite in manner, offering a fist (it’s a greeting) to a rather naive Midwestern-looking woman tourist. She offered a fist back and he began to tell her how he was soliciting funds for a school basketball team that was unable to compete because of the state having refused funding. “Careful, it’s a con,” I told her. The politeness turned into the kind of fury documented in Whitehead’s novel that whites showed toward blacks. The tourist got scared and ran off. I laughed at him and then, suddenly, he also smiled and said, “I”m just trying to make a living.” I felt awful and gave him some of the root of all envy. And told him he should write an antiwhite book and make a fortune.