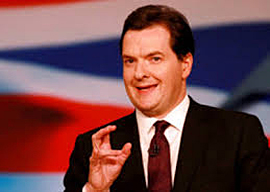 The latest political spat in the UK is over income tax. Well, let me qualify that. It would be terrific if there really were a debate about the existence of income tax. After all, it was only brought in as a temporary measure. By William Pitt the Younger. In 1799. To pay for the Napoleonic Wars. Actually, to be fair, that instance of the tax was repealed in 1802. But it was such a winningly attractive idea that it was quickly reintroduced until Napoleon was finally defeated, only to reappear in 1842, again “temporarily,” although politicians have somehow never quite found the time to abolish it.

No, the row at the moment is over Labour’s recently declared intention to reintroduce a top rate of 50% on income over £150,000. This tier was first introduced by Labour’s Alistair Darling in 2010, supposedly to help deal with the fiscal crisis caused by the recession. George Osborne reduced it to 45% in 2012. Both moves caused consternation in the press and gave rise to a litany of threats to quit the country or raise the red flag, depending on commentators” political leanings and, one suspects, personal income levels.

“It would be terrific if there really were a debate about the existence of income tax.”

Macro-economically, the whole thing is relevant as a copper in a collection plate. At one point, Labour claimed that the tier brought in £10 billion a year, but this appears to be hogwash. Osborne cited a figure of £100 million, which is peanuts, and the Institute of Fiscal Studies pegged it at between zero and £2 billion. Either way, it’s not going to break or save the nation. Nobody has a clue and the old jokes about statistics, and indeed politicians, probably aren”t far off the mark. But the fact is, if nobody can even work out what a tax brought in, the chances are that it wasn”t tremendously important fiscally.

A 50% top tier isn”t even particularly shocking by relative standards: after all, plenty of other European countries have the same or higher. If our neighbors had incredibly low income-tax rates, then we might have seen a flood of bankers, lawyers, and general executives leaving the country and heading to, for example, Zurich. I once had a girlfriend who lived in Zurich and considered drowning herself in a cheese fondue purely to end the boredom. She wasn”t sure whether suffocation or indigestion would kill her first, but she figured either was preferable to getting up in the morning. As it is, although Gerard Depardieu hasn”t yet applied for a passport, the rich seem to be keener to immigrate than emigrate.

Of course, the chances are that most people earning around or a little above the £150,000 mark are not nearly as mobile as some harbingers of doom are wont to suggest. The truth is that it’s not even really a big-league salary nowadays. I know that sounds appallingly out of touch with what the majority of people in the UK earn, but let me clarify. I don”t mean those people are poor; they”re not (pace Boris Johnson, who memorably described a £250,000 salary as “chicken feed”). But the majority of them aren”t rolling in the stuff, either. After mortgages and school fees they may not be going to budget supermarkets for their food, but nor are they on first-name terms with the nice people at Cartier.