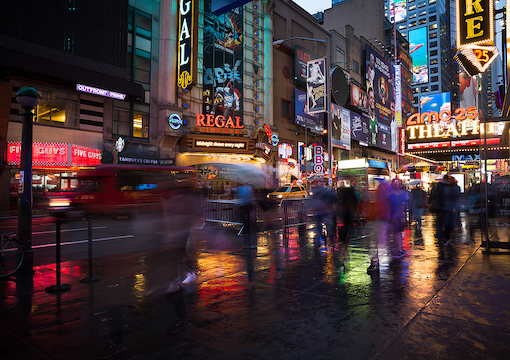 NEW YORK—It’s party time in the Bagel, and also the last week I’ll be spending in this unrefined place. The Bagel has lost its je ne sais quoi for me. It is now as subtle as a knocked-out Russian T-72 stuck in the mud. There’s as much wit around here as there used to be virgins in Hollywood, when the great Oscar Levant referred to Elizabeth Taylor’s numerous marriages as “Always a bride, never a bridesmaid.” Or as someone meaner said of another lady actress, “She’s the original good-time girl that was had by all.” I never met Walter Wanger, the very grand and successful movie producer, but I’m a friend of his daughter Shelley, an editor at Knopf, and I’ll never forget his perfect description of a Hollywood bash: “In the old days, if you didn’t take the young lady on your right upstairs between the soup and the entrée, you were considered a homosexual.”

“At times I think half of the American population is made up of lawyers.”

No, subtlety and witty bitchiness are truly things of the past, especially here in the Bagel, where cringe-inducing woke has everyone offended over everything, with no one daring to actually offend anyone. Gone are the days when an actress could say about a rival that “she never turns anything down except the bedcovers.” People are very reluctant to express any opinion, let alone say anything that might be construed as insulting to a group. One can be sued for anything and everything. At times I think half of the American population is made up of lawyers. Thirty-seven years ago, I took my little girl and a school friend to a Broadway show, On Your Toes, and after two terrific hours we found ourselves in the middle of the Great White Way in pouring rain and not a taxi in sight. One taxi with its sign lit sped close enough to drench us but didn’t stop. I was so angry I kicked it as it passed. The driver screeched to a halt and was coming out to rumble when I spotted a man under an umbrella and asked him if he would be kind enough to look after the two terrified 8-year-olds—one anyway, not my daughter. No blows were exchanged as the driver got the message that I would fight, so I turned and thanked the man, who was holding the hands of the two little ones. That’s when he reached into his pocket and gave me his card. “I took the taxi’s number down and you can sue the company, they’ll settle most of the time.” The guy was an ambulance chaser and eager to do business. I laughed out loud, thanked him for his troubles, and then proceeded to take my daughter’s friend home because she had wet her pants during the altercation. Lolly and I still laugh about the incident. (Old-time readers might remember, as I wrote about it way back in 1985.)

My annual Christmas party with Michael Mailer was a success because of the presence of three actually great beauties, and I will tell you all about it after the New Year. There is nothing like a beautiful woman to make men behave like knights of old—well, in most places anyway. But after the results of a poll at Cambridge University, I’m not so sure. Almost 50 percent said they were either bi or homosexual. Which brings to mind the old joke about what do you call a woman stuck between two Englishmen? An obstacle.

My, my, let’s not be beastly to the Brits, they’re among the last ones left with a sense of fun. And speaking of fun and the lack of wit here in the Bagel, it wasn’t always this way. When the inimitably great Cole Porter took on Shakespeare in Kiss Me Kate, he actually improved The Taming of the Shrew. What man would dare sing today, “And if her behavior is heinous/Kick her right on her Coriolanus,” as in “Brush up your Shakespeare, start quoting him now/Brush up your Shakespeare, and the women you will wow.” And Cole would have had it both ways—no pun intended—and been placed in the pantheon of womanhood by the #MeToo bunch, with his wondrous aria “I Hate Men,” as sung by the incandescent and beautiful Kathryn Grayson.

The sophistication, humor, and charm of Cole Porter, and Lerner and Loewe, and Rogers and Hammerstein, are now things of the past, with realism and didacticism inserted in every play and movie. “I’m always true to you, darling, in my fashion/Yes, I’m always true to you, darling, in my way,” sings Ann Miller to her furious boyfriend after she’s been caught red-handed fooling around. Well, Mister Plutocrat, as she put it, is worth a Paris hat, while her boyfriend (the great Bob Fosse) performs gravity-defying leaps invented by Jerome Robbins. And the song is “From This Moment On.” I used to dance to it in Palm Beach with Pam Wallin, whom I was so much in love with I skipped school and stayed among the palms, until my old man heard about it and ordered all funds suspended, so I had to go back to school because I needed to eat.

Oh well, my life’s always been a struggle, and on it goes while I’m getting ready for Christmas and the loving arms of my wife, eagerly expecting me in Switzerland and already asking all sorts of questions about my doings here in the Bagel.