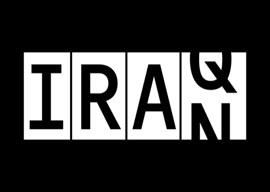 Though Obama “may lose control of Congress,” says columnist David Broder, he “can still storm back to win a second term in 2012.”

How does Broder suggest Obama go about it?

“Look back at FDR and the Great Depression. What finally resolved that economic crisis? World War II.”

Conceding the prospect of a new war is “frightening,” Broder goes on to list the rich rewards of Obama’s emulating FDR.

“With strong Republican support in Congress for challenging Iran’s ambition to become a nuclear power, (Obama) can spend much of 2011 and 2012 orchestrating a showdown with the mullahs. This will help him politically because the opposition party will be urging him on. And as tensions rise and we accelerate preparations for war, the economy will improve…

“(T)he nation will rally around Obama because Iran is the greatest threat to the world in the young century. If he can confront this threat and contain Iran’s nuclear ambitions, he will have made the world safer and may be regarded as one of the most successful presidents in history.”

Cynicism aside, what is wrong with Broder’s analysis?

First, how exactly are “preparations for war” on Iran going to improve our economy when two actual wars costing $1 trillion have left us in the deepest recession since the 1930s?

Were those wars just not big enough?

If war is good for the economy, why is this nation, at war for a decade, growing at 2 percent, while China, which invests in rogue regimes rather than bomb them, is booming?

“Memo to Broder: We don’t have the troops to invade Iran, which is three times as large as Iraq.”

Moreover, any attack on Iran’s nuclear facilities would be carried out by air and missile strikes from ships and planes already in the U.S. arsenal. We would not need the tens of thousands of ships, tanks, guns, and planes we needed in WWII, or the 12 million men under arms.

The first result of a U.S. strike would be to pull Iran’s oil off the world market. If Iran responded by mining the Gulf or sinking a tanker, oil would go to $300 a barrel and gasoline to $10 a gallon. Does Broder think that would give a nice boost to the U.S. and world economy?

Japan’s attack at Pearl Harbor united us in rage and resolve. Should we attack Iran’s nuclear facilities, when its nuclear program is supported by both sides of that divided country, we would likely unite Iranians in patriotic anger and convince any doubters that Teheran must acquire nuclear weapons to deter us.