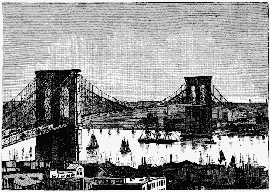 When people say “diversity is our strength” they must be talking about car insurance pamphlets because that’s about the only place I see different races chilling out. They may be Photoshopped together from multicultural clip art but they are partying. Nobody can deny that. You also see a lot of diversity in British television shows for kids, cartoons, and funk bands from Brazil. However, almost every time they try it out in the real world, the general consensus appears to be “no thanks.” Take Florida, jail, and Brooklyn for example.

The now virtually defunct Desegregation Busing laws of the 70s and 80s were a great example of educrats wanting to look righteous while totally ignoring what makes sense for their students. They never tried it themselves because the only thing a Democrat finds more abhorrent than segregation is sending their kid to a black school. Unlike these fake Freedom Riders, I know some of the guinea pigs forced to participate in this failed experiment. One of them grew up poor and spent his entire junior high and high school career being bused away from the white high school next to his house in Tampa, and across town to a black one that didn”t want him there. Every lunch was about bullies putting their fingers into his donut and sarcastically asking, “Is this yours?” until he was forced to give it up (with or without a fight). At 40 he still speaks in Ebonics and says things like, “Can I aks you something?” and “Who wants a apple?” He also walks with a strange, pimp gait he is totally unaware of. When I beg him to give me an example of one good thing to come of all this he says, “Well, I did learn to fight.” Great. Diversity is our strength because that which does not kill us makes us stronger.

Now, nobody’s saying he shouldn”t have been allowed to go to that school if he wanted to. If someone had told me it was illegal to marry my squaw wife I”d have put my boot so far up his ass, he”d have shoelaces in his hair. When it comes to segregation, coercion is wrong in either direction. The problems arise when bureaucrats are so convinced it’s unnatural to hang out with your own, they force you to do otherwise, then they add insult to injury by taxing you for it.

“When the upper crust tells us we need to fraternize with the people who create all the amazing meals they eat, they neglect to consider the possibility these colorful people don”t want us there.”

How much the federal government spends enforcing diversity is a pain in the ass to quantify. Edward Rubenstein of the National Policy Institute estimates the cost at about one trillion annually. This isn”t surprising. Every rock you peek under reveals a writhing mass of insatiable parasites. I”ve pointed out before how my brother’s alma mater is responsible for over a million dollars of donations to their school’s various diversity programs. Then there’s Rep. James Clyburn (D-SC) who recently introduced legislation to use stimulus dollars to promote diversity in golf. There’s also the multi million-dollar conference in 2006 where the Social Security Administration learned about multiculturalism at a beautiful spa retreat that included saunas, pools, nature hikes, and obviously, a juggling stilt walker. And I just pulled those out of my Google ass. The list goes on for days and the costs are endless. How do you calculate the stimulus dollars wasted dealing with the minority contractors debacle, for example? Right now millions of government employees are using your money to figure out ways to enforce the belief that being with your own is unnatural. Despite this push, people are doing what comes naturally to them and hanging out with their own. It happens everywhere you look.

Ever been to jail? A fellow writer named Tad spent two years at Oregon State Penitentiary and was shocked to see how to-a-man voluntary segregation was practiced. Blacks, Hispanics, and whites voluntarily divided themselves by race without exception and spent all of their time together. Sure you”d occasionally play a game of cards with another group but everyone knew it was a temporary foray and things would be back to normal after Mohammed said “gin.” (It’s worth noting that despite often being called a racist by wealthy liberals, Tad’s family is the one of the very few whites one in his all-black area of working class Atlanta.)

Brooklyn is exactly the same as prison. Everyone has their designated areas and what’s more, they like it that way. Greenpoint is Polish and Bensonhurst is Italian. South Williamsburg is all Puerto Rican except for one street dominated by Dominicans. That may sound like a big meringue party to you but that’s not sangria you see on the sidewalk, it’s blood. Dominican gangs literally use machetes to carve out a niche as a minority in their own neighborhood.