Brown and Out in Beverly Hills 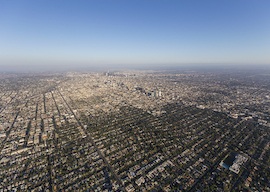 Leftists advance incrementally. Their template is as simple as it is predictable: Ask for a little, and swear that the demands will end there. Most regular folks will give in because decent people generally seek compromise. But to leftists, compromise is merely a temporary step, a strategy.

“Don’t Ask, Don’t Tell is fine. It’s not like we want the military to pay for tranny surgeries!”

“Gender discrimination laws will not lead to the government forcing women to let men use their bathrooms.” No less than Ruth Bader Ginsburg promised this in the 1970s (“Separate places to disrobe, sleep, perform personal bodily functions are permitted, in some situations required, by regard for individual privacy”).

Regarding immigration, we started with “amnesty for those who are already here, and then you can tighten the borders all you like” (a pledge made in 2002 by L.A. Times columnist Steve Lopez). Next came “open the gates, but only for the ‘good ones’ who pass background checks.” Soon enough, we got “we must have sanctuary cities where even the ‘bad ones’ get to stay!”

It’s been a steady march, with not one step backwards. And now for the next assault: As we’re being forced to let anyone and everyone in, we’re also going to be forced to live next door to them. It’s not enough for the nation’s borders to be open; your neighborhood’s borders must be open too. Open-borders extremists are now claiming that immigrants should have the “right” to live in neighborhoods they can’t afford. Citizens don’t have any such right, but impoverished immigrants should.

I absolutely love Eugene Volokh. Law professor, scholar, and proprietor of the best law blog on the ’net. No matter how busy he is, Volokh always takes the time to assist me when I need to quote a legal expert. I like him so much that I feel bad going after one of his colleagues. But his fellow blogger Ilya Somin is a menace.

“It’s not enough for the nation’s borders to be open; your neighborhood’s borders must be open too.”

Somin is supposedly a libertarian. Libertarians are like autistics…there’s a spectrum. On one end are the big-business libertarians who are only concerned with low taxes and deregulation. On the other end? The “voluntaryists,” who are all about “I refuse to obey contracts I was born into without my consent, man!” The one thing that binds both extremes of the spectrum is open borders. Voluntaryists see borders as a state-enforced nonconsensual contract (man). Big-biz libertarians love open borders because of the cheap, exploitable labor.

I don’t know where Somin falls on the autistertarian spectrum—the guy never responded to my multiple requests for comment. So I’ll go by what I know: He wants to make sure there are no U.S. neighborhoods where immigrants can’t afford to live. In the name of creating more “cheap housing” (i.e., slums and tenements) for immigrants, Somin argues that state governments (California in particular) should override small communities that dare to seek “local control” to preserve their “local character.” State governments must push for more “density,” until no community is too expensive for a destitute immigrant.

To Somin, neighborhoods that limit development and preserve natural beauty (like beaches and forests) are oppressive, and people who value their home equity over the “rights” of immigrants are fascists who “assume that we must exclude some people from opportunity in order to secure it for others. In reality, both cutting back on zoning and reducing immigration restrictions would create vast new wealth that can benefit not only migrants themselves, but the rest of the country.”

Ramrodding poor immigrants into neighborhoods they can’t afford is not a “zero sum” game, Somin assures us. We all benefit!

Somin, an East Coaster, speaks with authority about what’s best for my state. As a native Angeleno (and homeowner), I’ll share some facts that this ass-talking professor might not know: L.A. is the most populous county in the nation, with twice the population of the runners-up, Cook and Harris, and geographically it’s three times the size of those two counties. You don’t move to L.A. expecting the “right” to live in any particular area. Valley people are forced to commute to the Westside. Westsiders are forced to commute to Hollywood. An East L.A. Mexican who works as a busboy on Rodeo Drive will have to commute 15 miles; a Malibu Jew who works on Rodeo as a talent agent will have to commute 26 miles. And they both have to fight the same traffic. Bambi the blond bimbo actress can only afford to live in Koreatown, but most of her auditions are in Santa Monica. That’s 15 miles each way to every audition. Sorry, babe, but you chose to move here, and you chose to be an actress. My city doesn’t guarantee you convenience.

When Somin talks about “excluding people from opportunity,” he’s being disingenuous. He doesn’t mean “the opportunity,” he means “the right.” Everyone has the opportunity to live in my exclusive Beverly Hills neighborhood. Just earn the money, and buy in. People have the opportunity, but Somin thinks they should have a right. He just can’t phrase it that way, because his fellow legal scholars would laugh in his face. His “right to live in Beverly Hills” is as legit as some SJW coed’s assertion that there’s a “right” to not be offended.

Somin is a guy who loves to lose himself in political theory (another very libertarian trait). Political theorists are dangerous, because their obsession with theory blinds them to the real-world consequences of their ideas (Somin is an émigré from the Soviet Union; he should’ve learned that lesson. It’s actually quite horrifying that he apparently didn’t).

Somin refused to correspond with me, but for the sake of my readers, here’s what I wanted to ask him: My dad grew up dirt-poor in Stepney (East End, London). His neighborhood was mercilessly bombed during the Blitz. After the war, to escape the privation and rationing in “victorious” England, he joined the British Merchant Marines. He sailed the globe and landed in America, where he legally became a citizen and served in the U.S. Army. After his tour of duty, he moved to L.A. and became a successful businessman. My mom grew up in Brooklyn (Sheepshead Bay) during the Depression, the daughter of a simple upholsterer. She was in the first class of women to attend City College of New York when the entire school finally went coed. She got a degree, and eventually became one of the first female graphic artists at Disney (not via quota or court order, but through skill).

My mom met my dad in L.A. in 1972, and these two hardworking people from impoverished backgrounds pooled their resources to buy a house. They chose a part of L.A. that’s an “incorporated community” (zoned for single-family residences only, with its own board of directors and CC&Rs, which all home buyers consent to before buying). They chose it as an investment, because of the exclusivity.

In 2014, my mom developed very aggressive Alzheimer’s. I wanted to ask Professor Somin if he’s ever had to care for someone with Alzheimer’s, because if anything can take a dreamy, theory-obsessed ideologue and bitch-slap his ass back to reality, it’s that. Much of what my mom needed was not covered by insurance. My parents’ home equity—an equity they had intelligently planned for to help them in their old age—was what allowed us to provide for her.

My folks’ wealth was their home equity. It was a modest one-story house; the value came entirely from the zoning restrictions. According to Somin, cheap immigrant housing should have been forced into my parents’ neighborhood, and restrictions on density and occupancy should have been scuttled.

Had that happened, the value of their modest one-story house would have been halved, at least.

What is that if not “zero sum”? Immigrants gain cheap housing, and people like my parents lose the equity they worked so hard to earn. Zero sum: Your win is their loss. My parents purposely bought into a heavily zoned neighborhood as an investment. They bought because of the rules. And Somin wants to change those rules, negating the very reason people like my folks invested. That’s like a guy buying Amazon stock in 1987, and just now finding out that some douchebag switched it to worthless shares of Pets.com.

Somin may be the disease, but he’s also the cure. In his recent Volokh Conspiracy piece, he moaned about how a revolt by Sacramento Democrats killed his beloved “increase density and screw local zoning rules” bill, SB 50. Democrats killed a bill that would have increased cheap immigrant housing and crammed the state with more illegals. Why? Because those Dems don’t want to lose their home equity any more than I do. Somin unwittingly exposed the pro-immigrant left’s Death Star exhaust port: Wealthy Democrat politicians and the super-wealthy (and, in California, mostly Jewish) donors and kingmakers do not want their mansions radically devalued overnight. They don’t want their gardener and all 500 of his closest relatives from Chiapas living next door in a slum.

On this issue (and this issue only), I’m fighting alongside the big-dollar Dems.

One of the more enthusiastic cheerleaders for killing SB 50 was the L.A. Times, the most corrupt, leftist newspaper in the country. If the Times is joining the battle to preserve zoning laws and fight density and immigrant tenements, it’s because that’s what the big-money leftists are telling it to do.

Border extremists like Somin are actually following a logical line of reasoning. If we are to have open borders, we must also have cheap housing, and where better to create housing than low-density neighborhoods with lots of open spaces? Places with big lawns and pristine beaches and lush forests. And in response to that argument, wealthy California elitists are finally seeing a downside to open borders. These immigration boosters don’t give a damn if their policies hurt blue-collar Americans. But you know what they do give a damn about? Their equity. And Somin and his ilk are making it crystal clear that the hurt will be spread, the pain will be shared, and it won’t just be blue-collar white dudes who suffer. Hey, well-heeled Democrats: “Like your equity? You can’t keep your equity.”

By killing SB 50, California Democrats scored a legislative victory against immigration that dwarfs anything President Trump has done in two and a half years. How’s that for irony? So I can only say to open-border zealots like Somin, thank you. Keep pushing your zero-sum game. Keep fighting for cheap immigrant housing in the backyards of affluent Dems. Stay on message: Illegal immigration means the end of their home equity.

And immigration restrictionists will quickly see that where appeals to reason and legality have failed, appeals to self-interest will succeed.

If it worked in California, it can work in saner parts of the nation, too.