Buddy, Can You Simulate a Dime? 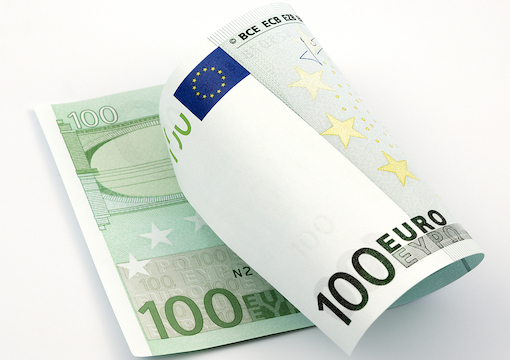 The unelected gauleiters of the European Union must look back a decade with wistful fondness to a halcyon time when their only real headache was the Greek economy. Now, with energy stocks dwindling, inflation and immigration rising, and anti-E.U. protests gaining in confidence, the days when everything could be shrugged off by poking fun at the Greek debt crisis must linger in the memory. There was a gag doing the rounds at the time that, like all good satire, did shine a little light on the fiscal relationship between Germany and Greece.

A wealthy German businessman visits a small Greek island for a break. He finds a hotel he likes the look of and asks the hotelier if he can inspect the rooms to ensure they are to his satisfaction. As a gesture of goodwill, he leaves a 100-euro note as a deposit on the front desk and is taken on a tour of the hotel by the hotelier’s brother. The hotelier eyes the note and realizes he owes 100 euros to the bar next door. He repays his debt and the barman realizes he owes 100 euros to the baker, and promptly pays. This continues round the town until at last the vintner holds the note and realizes he owes it to the original hotelier, on whose desk the note reappears just as the German returns to say he doesn’t like the rooms before pocketing the note and leaving.

The illusion that everyone has been paid and the economy squared off is no doubt produced by the untraceability of fiat financial transactions. From the point of view of big statist government, this is what makes cash so pesky. You can’t tax what you can’t trace. But a new innovation may render the joke redundant.

“How do we know we can have both our money and our privacy?”

Central Bank Digital Currency (CBDC) is being sold as a universal panacea for all Europe’s—and the world’s—financial woes. CBDC is similar to cryptocurrency and has grafted on technologies such as blockchain accordingly, but there are two crucial differences: CBDC is index-linked to a country’s currency, and, more important, it is centralized and so not a free-market concern, and it’s the latter that needs watching. This month’s British prime minister, Rishi Sunak, had all the persuasive oil of a time-share salesman as he informed a grateful public of the latest technocratic boon: “Unlike most of the digital money people use daily today, it would be issued directly by a central bank like the Bank of England.”

But this is not some quirky Brit invention like the Mini or the Beatles. Around 90 percent of the world’s banks—including the Fed and the European Central Bank—are planning to test a digital version of their own currencies. India began its CBDC trials on Nov. 1, with a retail scheme to follow a month later. France, Switzerland, and Singapore have conducted synchronized cross-border payments in entirely nonexistent “cash,” and the Dutch government has begun a pilot project to record and monitor every financial transaction over 100 euros (around 100 bucks, the faltering euro being now almost at parity).

But although “Central Bank Digital Currency” has the reassuring, confident ring of economic efficiency about it, and is so much nicer than that clunky Chinese “Social Credit System,” that is what it might facilitate. It’s a short step from being scolded about your meat consumption to being put on a no-fly list because of your political affiliations. Trudeau showed the Canadian truckers and their backers what could be done to them financially, and that was with regular moola. Imagine what he could do with a centralized digital system. How do we know we can have both our money and our privacy? Let’s ask the experts.

The Federal Reserve Bank of Boston in collaboration with Massachusetts Institute of Technology, the Fed and MIT, has to be an economic dream team. Project Hamilton, a two-phase consultancy paper on CBDCs, was drafted this February in the high Mandarin of technocratic language, but, although it is not a beach read, mere mortals can just about keep up. Just as a taster, the aim of Project Hamilton is “to design a core transaction processor that meets the robust speed, throughput, and fault tolerance requirements of a large retail payment system.” Buddy, can you simulate a dime?

If centralized digital money smacks of Big Brother, then Project Hamilton is the big brother who looks out for you in the bar, then lends you his Chevy:

Furthermore, our design can support a variety of models for intermediaries and data storage, including users custodying your own funds and not requiring storing personally identifying user data in the core of the transaction processor.

Now you’re talking my language, as well as updating me on “to custody” now being a verb. My money is still mine, and you won’t be finding me in no core of no transaction processor. But wait, there is more. The results of phase 1 of Project Hamilton yield not “results” but the rather more Buddhist-tinged “Learnings.” Here is one: “Despite using ideas from blockchain technology, we found that a distributed ledger operating under the jurisdiction of different actors was not needed to achieve our goals. Specifically, a distributed ledger does not match the trust assumptions in Project Hamilton’s approach, which assumes that the platform would be administered by a central actor.” (Italics added.)

In a few hundred words in a consultancy paper we have gone from free-market consumer choice as to who holds your money and ID to a stickup in a Bronx alleyway. Goodbye, bit-part player chosen from a range of banks and cryptocurrency platforms, and hello, central actor. Thank goodness it would never occur to a state-run central auditor to monitor its citizens in an inappropriate way.

As with paper money, fireworks, and instructive mottoes hidden in cookies, the Chinese got there first. A test run in the Chinese city of Rongcheng in 2019 gave every citizen 1,000 credits and sat back and watched. Wired magazine at the time remarked that “Authorities make deductions for bad behavior like traffic violations, and add points for good behavior such as donating to charity.” So, okay, you ran down that old lady, but there is a beggar shaking his tin! Be quick! You can make up the point spread. How quickly will those evaluations be index-linked to the type of behavior globalist governments want and can enforce with CBDC? So, you donated to a right-wing political party, huh? I’m afraid we have just closed your bank account and nullified your passport. You, on the other hand, burned down a store, but it was in the cause of Black Lives Matter. No opera tickets for you!

The older generations remember the days when they knew their bank manager personally. In the age of CBDC, it is your bank manager—the state—who is about to get to know you.