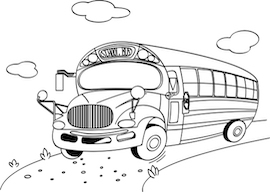 Bobbi Fiedler was a prophet. Fiedler was the 38-year-old mom and housewife who damn near single-handedly slew the mandatory school busing dragon in L.A. in the 1970s. Her organization, Bustop, gained 30,000 members in its first month. Fiedler organized the takeover of the local school board, replacing pro-busing ideologues with people who actually cared about education, and she won a congressional seat by running on an anti-busing platform.

In April 1989, the L.A. Times ran a retrospective on the busing controversy to commemorate the ten-year anniversary of Proposition 1, which effectively ended busing in California. While all of the other participants in the conflict, pro and con, acted as though mandatory busing was six feet under with a stake through its heart, Fiedler knew better:

“The issue is not dead. I’m convinced that the proponents of forced busing will not give up.”

Twenty years, almost to the month, after Fiedler spoke those words, Democrat harpy Kamala Harris announced that she wanted to bring busing back.

As Camus so famously wrote, “The plague bacillus never dies or disappears for good.”

It also bears mentioning that Harris’ call to reanimate forced busing’s rotting corpse comes at the exact moment that Coca-Cola is bringing back New Coke. Coincidence?

In last week’s column, I approached the busing issue anecdotally. This week, in Part II, I’ll “dive” a bit deeper.

Let’s begin with the one thing busing’s proponents don’t want you to know: It was never about improving academic achievement. These days, the defeated veterans of the pro-busing movement of fifty years ago, and the neo-retards who are embracing it now, love to employ the talking point that forced busing was all about “helping black kids receive better schooling.”

That is simply and objectively not true. Busing was mandated by the courts for one reason and one reason only: to integrate schools for the sake of integrating schools. To fight against “separate but equal.” Academic considerations were secondary. Desegregating schools wasn’t a means to an end (i.e., “helping black kids get better grades”); it was the end. “Mixing” black and white was the goal, and more often than not, the experts spent their time not claiming that busing would help test scores or grades, but rather that it wouldn’t hurt them.

In Part I, I introduced you to Dr. John A. Finger, the court-appointed architect of the most commonly used busing plans of the era. In 1974, in a successful attempt to force Denver schools to adopt his plan, Finger told Judge William E. Doyle of the U.S. Court of Appeals Denver, Colorado, “I wish that the citizens of Denver would know and believe that the bringing of people together is better than the alternatives of keeping them apart.”

“Desegregating schools wasn’t a means to an end (i.e., ‘helping black kids get better grades’); it was the end.”

The goal was “bringing people together.” Grades and test scores were an afterthought.

A 1974 pro-busing (but honest) study by Baylor University Professor Lawrence Felice for the United States Department of Education, Health, and Welfare (DEHW) concluded that bused black students showed “slightly lower achievement levels than non-bused students,” but “while the results of this study are inconclusive concerning the benefits of busing for black student achievement performance,” the influence of busing on grades and test scores was secondary to “the influence of school desegregation on the development of attitudes favorable to integration and the development of interracial friendships.”

Busing advocates only cared about “attitudes” and “relations,” not academic achievement. This was forced busing’s founding sin.

And speaking of “sin,” ready for some theology? In the early years of the fight to shuffle L.A.’s black and white students all over the map, the ACLU’s A.L. Wirin, seeking an unprecedented court order to mandate the busing scheme, grilled L.A. Assistant School District Superintendent Robert Kelly during a 1963 desegregation lawsuit hearing. Frustrated with Kelly’s continued insistence that “preponderance of one race (at a school) is not harmful to school children,” Wirin scored a “victory” of sorts when he got the exasperated Kelly to admit that, academic achievement aside, segregation could be “harmful to the human spirit,” so at the very least busing would help the students on a “human spirit” level.

That’s what this mess was about. Not grades, not academic excellence, but a quasi-religious belief among predominantly Jewish social engineers like Wirin (the son of Russian-Jewish immigrants) that mandatory, court-enforced racial “balance” was “good for the spirit.” And as an aside, it cannot be overlooked that during the forced-busing craze the lead attorneys for groups like the ACLU, the NAACP, and the AJC (American Jewish Congress), and the sympathetic judges who ruled in their favor, were overwhelmingly Jewish. So don’t put this one on blacks. In the aforementioned DEHW report by Lawrence Felice, the author found that support for busing among black parents was 20% favorable, 34% neutral, and 46% unfavorable.

Blacks, just like whites, wanted to have their own neighborhood schools. And the 1963 hearing that devolved into a discussion of “harm to the human spirit” was part of an effort by social engineers to prevent black neighborhood schools from expanding. Yes, you read that right. In the early 1960s, the ACLU, the NAACP, and the AJC decided to make a test case out of majority black Jordan High School, located in majority black Watts. The city next door to Watts was white working-class South Gate. Jordan High was black, South Gate High was white. The social engineers decided that the children of both schools had to be mixed together because, you know, human spirit. There was no community support in either city for this plan. Yes, the South Gate whiteys didn’t want blacks among them, and I’m not saying that wasn’t racist. But the Watts blacks wanted their kids to stay in Watts. As pointed out by UCLA’s Herbert Sosa, “members of the Watts community seldom participated in the integration debate.”

To quote Sosa at length:

63% of Watts residents believed that “moving their children to schools outside the neighborhood would not help them educationally.” Most Watts residents, according to the unscientific but informative survey, preferred improving their neighborhood schools, as well as calling for “more library books, job training, and counseling.”

In response to this clear and unambiguous community demand, the L.A. school board voted to spend millions of dollars to expand Jordan High and build two new schools in Watts.

The community loved that plan. And the ACLU, NAACP, and AJC went to court to block it. Because the goal, as I said, was not to help the black community, but to enforce “mixing” for mixing’s sake. This point deserves to be restated: The people of Watts overwhelmingly backed the school board’s neighborhood school expansion plan, and the well-funded attorneys of the ACLU, NAACP, and AJC (who were not Watts residents) went to court to block the plan that the community supported.

This schizophrenia can be traced directly to the dirty work of the elitist lawyers who solicited and obtained a court order that was, in the words of the L.A. Times, “the first of its kind in the nation, contending that the school board had a duty to integrate classrooms even though segregation was caused by changing neighborhood growth patterns.”

The 1963 “Battle of Watts” would go on to influence every other city caught up in the busing lunacy of the ’60s and ’70s. And by the time the madness ended, the disease had altered the very DNA of the black community. A community that once instinctively reacted to the concept of busing with a resounding “Hell no, we want to have our own good schools in our own neighborhoods,” devolved into a community possessed by the notion that being “shut out” of anything white meant automatic failure and ruin.

But L.A., even then, wasn’t just a black and white city. Where were the Mexicans during this game of scholastic musical chairs?

Well, as the blacks, whites, and Jews were doing their Three Stooges “Disorder in the Court” routine, the Mexis were looking at the long game. Ain’t that an unexpected kick in the ass…the Mexicans outthought everybody. As Sosa points out, “Mexican Americans in Los Angeles opted not to participate in the [Watts] lawsuit, either as petitioners or co-counsels, because they believed that their educational goals differed from those of the African American community.”

While Jews had persuaded blacks to pursue “integration über alles,” “Mexican American students from the community of East L.A. demonstrated and called for bilingual/bicultural programs, but not integration.” In fact, the pro-busers opposed what the Mexis were doing: “Some integrationists worried that bilingual/bicultural education efforts would interfere with integration” (Sosa).

More than twenty years before Reagan’s amnesty, Mexican-American leaders saw the future. “Let the blacks, whites, and Jews fight it out; we’ll keep to ourselves, keep to our language, and one day, this town will be ours. In the end, it won’t be about sharing schools, but enveloping them.”

Credit where it’s due: They were right. Watts is now majority Latino. Jordan High School in Watts, the ground zero of forced busing, the “test case” that led to the court order that created the nationwide busing mess, is now 81% Latino.

And South Gate, the evil white city next to Watts that served as the antagonist in the ACLU/NAACP/AJC busing case? 95% Latino.

Game over. And that’s why Kammy Harris won’t, can’t, get her beloved busing back. Her own party’s uncompromising stand on open borders has seen to that. You can’t desegregate that which isn’t segregated. Whites have fled the LAUSD, and blacks have fled L.A. The district is now like Harris herself—brown and unintelligible to speakers of English.

So put on a 1970s LP, Kam, and live one last moment of nostalgia. And then come back to earth, or at least as close to earth as your air-filled head can get before being carried away by the winds of another impossible dream.