“By What Lawful Authority?” 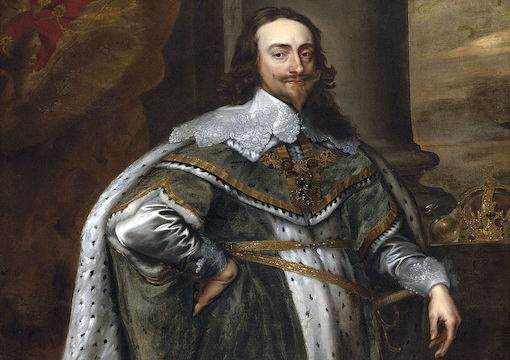 King Charles I of England

In a few days, a trial will begin in the Senate of the United States to decide if the former President Donald J. Trump is guilty or not guilty of inciting an insurrection against the country he led for four years. It promises to be spellbinding. Millions will watch as the drama unfolds on national television, but if they would like an indication of what may transpire, they may avail themselves of volume 2 of Winston Churchill’s A History of the English-Speaking Peoples; and it would benefit Mr. Trump and his attorneys to do so.

In 1649, Charles I, King of England, Scotland, France, and Ireland, after years of quarreling over what were the powers of the Crown versus the powers of the elected and unelected houses of Parliament, was defeated on the field of battle by an army organized by Parliament and commanded by Olivier Cromwell, a religious fanatic who wished to remake the world into a Reformationist utopia—by force if necessary. The King was arrested and brought to London under the charge of having incited and committed treason. There would be a trial.

Charles Stuart was an elegant man in both dress and speech. He sensed that this was not a judicial exercise but rather a theatrical piece designed for public consumption; though he could not prevent it, he would play his part by his script. When called before the “Court,” the King entered under armed escort. Dressed all in black to mirror the style of his enemies, the Puritans, the only color evident was the embroidered star of the Order of the Garter on his cape and the blue ribbon and medal of the Order about his neck. He regarded his “Judges” with disdain as the charges against him were read. When he was finally asked how he wished to answer the charges, the King knew his moment had come. “I would know by what power I am called hither, by what lawful authority?” he calmly replied.

“They might possess evidence, they may even have a case, but they do not have the legal basis for the procedure.”

And there it was, the central question. The judges, called “Commissioners,” had expected the question, but they still held their breath when Charles spoke it aloud. They knew—that he knew—that there was no law permitting these proceedings. There was no law, no statute, no process, and no precedent; they were indeed making it up as they went along. And with only one utterance, the King had exposed their deceit. They responded that they were empowered by Parliament and that the King was answerable to Parliament. It was not true and still isn’t.

For each of the following three days the King refused to acknowledge the legality of the “Court”; he termed it “power without law.” The Commissioners could not dent his argument that this trial was a fiction, a political instrument being employed to fulfill a forgone conclusion. Some of them wavered, but Cromwell was there to steady them.

The rest, as they say, is history. Some may argue that this example is not applicable to the case against Donald John Trump: “He is not a King, and here, no man is above the law!” Just so. But no man is beneath the protection of the law, either. And if there is no law to punish his transgressions, what then?

Let us therefore look at the law contained in the U.S. Constitution regarding the impeachment of a President. Article I, Section 3, reads: “Judgement in cases of impeachment shall not extend further than to removal from office, and disqualification to hold and enjoy any office of honor, trust or profit under the United States.” Donald Trump is not President of the United States, he has already left office, he is a private citizen. There is no law that empowers Congress to prosecute a private citizen under the impeachment clause; though it may dearly wish that it existed, it may wish what it wishes—but it does not exist. They might possess evidence, they may even have a case, but they do not have the legal basis for the procedure. However, just as Cromwell’s Commissioners were committed to charging, trying, and condemning the King, there are many in Congress who are determined that this event will take place. The added fact that the Chief Justice of the Supreme Court of the United States has refused to preside over the trial as did the three Chief Justices of the Common Law courts of England in Charles’ time is of no consequence. It will happen, they are determined to do it, regardless of the fact that they have no legal right. And like the Parliamentary Commissioners, they do not care. It will be done. They will make it up as they go along. Their hatred of the individual in question is so great that they intend to pursue him into private life. It is, on its face, what Churchill termed a “monstrous illegality.”

And there is a greater, unspoken purpose for this trial.

It is to send a message, the same message that Parliament sent out with the condemnation and execution of Charles, and that message is that there is a new power in the land, namely: “If we can do this to the King, we can do this to you.” It sent then, and sends now, new instructions of obedience to the general populace: “We are in control, you are not; abide in your status.”

Charles Stuart knew that he was a condemned man the minute he walked into Westminster Hall and sat before his “Judges.” But he seized the essence of the issue at hand when he declared: “For if power without law may make laws, may alter fundamental laws of the kingdom I do not know what subject he is in England that can be sure of his life or anything he calls his own.”