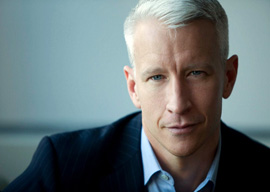 The Andy Rooney era has ended. He gave his valedictory 60 Minutes appearance on October 2, 2011. When he began in the summer of 1978, I was preparing to enter college, Carter was president, and Johnny Carson was wildly popular. Now we are what we are, and Andy is 92.

I was always ambivalent toward him: Though he was open about his political and religious principles with a candor rare in media folk, they were still awful principles. His humor, though, reminded one of the cranky old uncles everyone in 1930s comedies seemed to have. Despite his self-proclaimed atheism and liberalism, Rooney was very much a creature of his time. His views on homosexuality got him in trouble, and he was forced very publicly to recant them. He was perhaps referring to this issue when he said in his last speech that sometimes he had been very wrong, but that he had been right more often than he was wrong. Rooney epitomized the sort of TV my generation grew up with: Not only did he work for Arthur Godfrey, he remained friendly with that notoriously difficult individual until Godfrey’s death in 1983—of course, by Rooney’s own admission, he himself was not easy to get on with, either. In his old age, Rooney looked like a withered little gnome; but he had been quite an adventurous army journalist in WWII. I remember his stories on the air back in 1994 about the joyous end of WWII, when, as he put it, “only a sissy couldn’t get a girl.”

“In contrast to their predecessors, today’s newsboys lack not merely gravitas and style, but maturity.”

As Rooney’s star sets, another is fast rising—that of Anderson Cooper. Longtime journalist for CNN, he serves concurrently as a 60 Minutes correspondent and as host of his new talk show, Anderson. He first came to my attention when serving as substitute host for Regis Philbin (another TV stalwart retiring this year) on Live! While newscasters of the old regime maintained an appearance of serene distance from the stories they reported, Cooper emotes. Boy, does he emote. At times he sheds almost as many tears as House Assembly Speaker John Boehner. His manner on his talk show reminds me of the late lamented Virginia Graham.

I bear Anderson no ill will. Although gay, he has strenuously avoided beating the drum for gay causes. As he has said, “The whole thing about being a reporter is that you’re supposed to be an observer and to be able to adapt with any group you’re in, and I don’t want to do anything that threatens that.” Cooper has piled up an impressive body of work and has shown bravery in the unpleasant places news stories have sometimes led him. Worse still, his father died when he was 21, his brother committed suicide, and his mother is Gloria Vanderbilt—enough difficulty for anyone. Despite all of this, he has managed to put together a creditable career and a reputation for integrity.