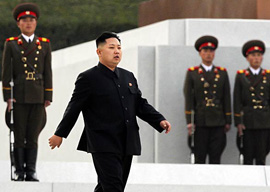 You remember Caligula. John Hurt played him with creepy malignity in the old BBC production of I, Claudius. Caligula was the third emperor of Rome on a strict count (which doesn’t include Julius Caesar), the fourth of the Twelve Caesars written up by the historian Suetonius.

At age 24 Caligula succeeded his great-uncle Tiberius, the second emperor. “Some are of the opinion,” says Suetonius (ut quidam opinantur) that Caligula poisoned his great-uncle, then held a pillow over his face to make sure of the deed.

Whether or not this is true, Caligula made a grisly show of being emperor during his four years on the throne. He killed his adopted son, his brother, two cousins, and possibly also his grandmother. He banished his wife, boinked his sisters, and tried to make his horse a consul. Suetonius:

He assumed various titles: “Pious,” “Child of the Camp,” “Father of the Armies,” and “Greatest and best of Caesars”….He forbade the celebration of [his great-grandfather, the Emperor Augustus’s] victories by annual festivals….He forced parents to attend the executions of their sons….

When Caligula was dispatched by a joint army-senate conspiracy in January of 41 AD, the historian tells us that:

One may form an idea of the state of those times by what followed. Not even after the murder was made known was it at once believed that he was dead, but it was suspected that [Caligula] himself had made up and circulated the report, to find out by that means how men felt towards him.

One scary guy. Here’s another.

“I have no more idea than anyone else what’s going on in Pyongyang’s corridors of power, but I watch these events with fascination.”

Kim Jong-un attained supreme power in North Korea at age 28, and Caligula parallels are not hard to find. He definitely has the titles: “Supreme Leader,” “Great Successor,” “Sun of the 21st Century,” and a raft of others.

Kim’s father and grandfather are still celebrated by name, but the official records of their lives have been purged from the archives of the Korea Central News Agency website. And yes, if Kim’s regime executes you”as they did one of the Great Successor’s old girlfriends recently”your parents are forced to watch before being hustled off to labor camps.

Most recently we hear that Kim has offed his uncle Jang Song Thaek. Kim didn’t do the offing personally”this is a modern despotism, for heaven’s sake”but there can’t be much doubt he ordered it and approved of the exceptionally vituperative reports of Jang’s “crimes” put out by the state news agency.

Jang Song Thaek was married to the sister of Kim’s father, North Korea’s previous dictator Kim Jong-il, who died two years ago. Jang is said to have groomed Kim for the succession, just as Tiberius groomed Caligula.

What does the execution of Kim’s uncle mean? Reading around among well-informed commentators, it’s plain that nobody has a clue. North Korean politics are, as Churchill said of Stalin’s USSR, “a riddle, wrapped in a mystery, inside an enigma.” Some popular guesses:

“¢ Kim was dropping the pilot“making a statement that the regime is his now, no longer needing guidance from any older heads.

“¢ Too much reality has been seeping in to the Hermit Kingdom lately”smuggled South Korean music and DVDs, foreign radio broadcasts, “thousands of Chinese and Chinese Korean traders who regularly cross the northern border” (Chapter 5 here). Time for a display of state force.

“¢ A show of defiance to China in revenge for China having voted Yes on UN sanctions against the Norks. Uncle Jang had strong China connections and is thought to have favored a Deng Xiaoping-style retreat from totalitarian socialism.