Cameras Are Making Us Stupid 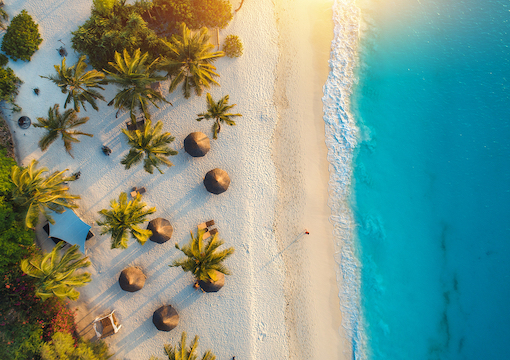 AUSTIN—Pretty soon now, I’m counting on it, somebody is gonna fly to Fiji, rent a bamboo villa that sits on stilts over the lapping waves hitting the pristine seashore, order a fruity drink in a coconut shell, stretch out on a veranda that juts out into an inlet where porpoises frolic and play, wait till the setting sun starts to disappear over the horizon, admire the soft orange glow over the Southern Pacific, and then not take a picture of it!

I’m counting on that one person in the universe who either (a) doesn’t bring his phone everywhere he goes, or (b) doesn’t have a camera in his phone, or, best of all, (c) sees no need to photograph every fucking thing that happens to him.

Of course, option B is pretty much out of the question since, as previously reported in these pages, I tried to buy a phone at the T-Mobile store that had no camera in it, only to be told, “There’s no such thing as a phone with no camera in it.”

Want a phone? Then buy a camera. You have no other choice.

Because Life…is Instagram. If it’s not on Instagram, it didn’t happen. The alehouses of 18th-century London frequented by Samuel Johnson and his errand boy Boswell, the Paris bistros described by Hemingway, the gritty back alleys of Los Angeles memorialized by James M. Cain—none of those could possibly have existed because where’s the Instagram? When Stanley went searching for Livingstone, why didn’t he bring back selfies? The least he could have done is stand on his head next to Victoria Falls. The mouth of the Zambezi, my ass—there is no Zambezi prior to October 10, 2010. That’s the day that Instagram launched and the world was truly known.

Travel agents know this. Travel agents scour Instagram looking for new destinations they can package based on photo ops alone.

Let me repeat that. These are professionals who sell $10,000 long-distance journeys to places where the only attraction is the picture you’re gonna take when you get there.

“Want a phone? Then buy a camera. You have no other choice.”

The best-known example of this is Wedding Cake Rock. Wedding Cake Rock is a sandstone formation located in the Royal National Park in Australia. It suffers from three characteristics that will ensure its destruction:

(a) It’s ecologically fragile, being so unstable that it will probably collapse from erosion sometime in this century.

In fact, it looks so great on Instagram that people fly to Sydney to perform stunts on its precarious surface. Things got so bad in 2015, with more than 10,000 visitors per month crowding onto a platform that threatens to become landslide fodder at any moment, that the national park service erected a barrier and shut it down. Officials blamed Instagram.

The name for this—because, of course, every example of mass idiocy needs a vaguely academic moniker so that psychologists can pay off their student loans—the name for this is Aspirational Escapism.

Why is it aspirational? Because there’s a perception that you get several degrees of coolness added to your résumé if you make it to Wedding Cake Rock, jump the barrier, and dangle an appendage off the edge—and the proof of your dangled appendage is the perfectly filtered post on Instagram. Money is no object. The 18-hour flight is no object. The four-wheel-drive Jeep rental is no object. You’re getting that selfie.

Okay, it gets even weirder. Some parks have started promoting “responsible geotagging,” specifically to fight against hordes of tourists invading a natural area in search of selfies.

The way it works is that someone popular, usually a young hot white person, photographs himself or herself in a remote location, scores the perfect Instagram photo—Photoshopped, of course, perfected with filters and crops—and inspires thousands of other Instagram devotees to start running to Kayak and planning a trip not just to that country, not just to that park, not just to the same area of that park, but to the exact same location, thanks to the geotag that allows them to know the precise longitude and latitude.

Park rangers say this is wrong, a horrible invasion of national park privacy, because…uh…well…not sure why it’s wrong, but they don’t want thousands of people taking the same selfie in the same place. I don’t want that either, but for a different reason: You people are boring the crap out of me.

They say that these Aspirational Escapists have no respect for the ecology, the biological diversity of the area, the local culture, blah blah blah, but I don’t think any of that stuff is the real reason. I think the real reason is hatred of millennial hipsters.

Of course, because they are millennial hipsters, they have a politically correct solution. The Center for Responsible Travel (CREST, like the toothpaste, summoning up images of people who live in Brooklyn and own the $400 Sonicare electric toothbrush) is an organization dedicated to defeating Instagram at its own game, promoting “tourism that leads to the management of all resources in such a way that economic, social, and aesthetic needs can be fulfilled while maintaining cultural integrity, essential ecological processes, biological diversity, and life-support systems.”

What they’re talking about here—I know this from other websites that are written with more direct language—is two things:

Numero Two-o: “A Diverse Travel Narrative.” Not sure exactly what this means, either, but I think it means more blacks, Latinos, women booking those 737 flights from Luton Airport.

For example, there are Instagram accounts called @blackgirlstraveltoo and @latinaswhohike because, according to an article in Refinery 29, “It’s no surprise that the focus on sustainability is driven by women, people of color, queer people, and other groups that have historically been excluded from tourism.”

Excluded from tourism! Because of all those decades when travel agents and airlines and hotels refused to take money from minorities due to the Tourism Blacklist.

The idea here is that, if we had more minorities traveling and fewer rich white people—and, by the way, it’s mostly rich white people who are telling us this—then there wouldn’t be so much Kardashian-style posing in the Louvre and instead we would have “meaningful conversations” with the populace, an interest in “the day-to-day lives of the people,” and “learning about the indigenous people”—all of these are goals frequently stated in all these “responsible travel” websites—followed by a new era in which “the narrative of travel” (yes, that’s a thing) would no longer be controlled by the white European patriarchy.

Or we could simply follow the Joe Bob Briggs Plan to Rid the Earth of Airhead Travel Bloggers and make it a question on your visa application:

“Are you entering the country primarily because of a photo you saw posted on Instagram?”

And if the tourist answers yes, they get sent to the Instagram Bus, which goes directly to the geotagged site, lines ’em up for selfies at 50 bucks a pop, then herds them back to the airport for their flights home to Osaka and Boise. Several dozen people have jobs, the hipsters are fenced off from the general populace, the foreigners get what they came for, Instagram is awash with selfies, and Earth continues to spin on its axis, geotagged and validated and recorded for posterity on BoreYouToDeath.com.