Camp of the Stupids 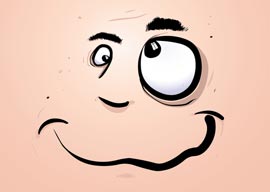 The mass drowning of eight or nine hundred”nobody knows precisely”illegal immigrants in the Mediterranean last Sunday triggered a lot of commentary about these boat people, most of it stupid. Here are some of the grosser stupidities.

Who isn”t? I guess there are some Lotus eaters among us who are perfectly happy with their lives and seek nothing better, but I doubt they”re a majority. Most of us, most of the time, want something we don”t currently have, in hopes it will make our lives better.

It’s a matter of methods. Al Capone rose from Brooklyn street urchin to be the boss of a major crime syndicate, presumably because he sought a better life. Should we admire him for that?

These boat people are self-selected as the bravest and most enterprising of their stock.

Then their home countries need them more than Europe does.

They are the poorest of the poor.

“To permit mass settlement by blacks who are also Muslims is to pass beyond the bounds of mere folly into homicidal insanity.”

For economic migrants, the decision to leave is generally a conscious choice by relatively well-off individuals and households to enhance their livelihoods … Clandestine travel costs anywhere from US$5,000-$35,000. Many of these migrants are petty entrepreneurs who sold their businesses or property in order to pay for the expensive trip.

I think even that writer may have put some lipstick on the pig. Petty entrepreneurs, sure; but in sinkhole Third World countries like Niger or Eritrea there are other classes of people who can get their hands on a few thousand dollars. There are minor government functionaries”cops, for example”with jobs that allow them to squeeze bribes out of their fellow citizens. There are also, of course, criminals.

A thing you notice about these illegals from the news photos is that they look well-dressed and well-fed. Some are positively chubby.

Sure, their countries are crappy places, but these are people who haven”t been doing too badly in them.

We are guilty!  All guilty!

(I note again the tragic decline of the Telegraph, which used to be a conservative newspaper.)

Europe wouldn”t be fussing about the boat people if they weren”t black and brown.

To the degree that’s true, it speaks well of the Europeans” good sense.

The clear lesson from the experiences of the United States, Britain, and Europe over the past few decades is that if you live in a nation populated by white Europeans, with a centuries-long participation in, or inherited attachment to, European civilization, do not permit mass settlement by

Unless you have vast, fertile empty spaces that need cultivating, you shouldn”t be allowing mass settlement by anybody; but blacks and Muslims in quantity are particularly poisonous to social harmony.

To permit mass settlement by blacks who are also Muslims is to pass beyond the bounds of mere folly into homicidal insanity.