Can America Do It All? 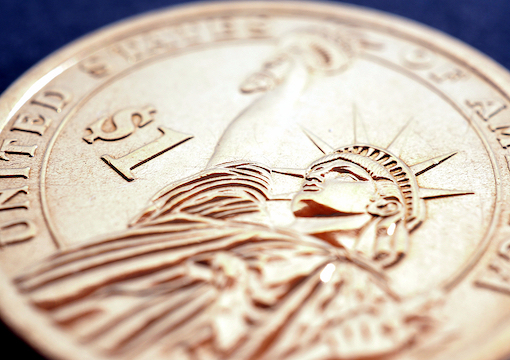 In fiscal year 2020, which ended on Sept. 30, the U.S. government set some impressive new records.

The deficit came in at $3.1 trillion, twice the previous record of $1.4 trillion in 2009, which was set during the Great Recession, and three times the 2019 deficit of about $1 trillion.

Why so? First, the economy is not fully recovered from the 2020 depression. Unemployment is still near 8%. Nancy Pelosi has already proposed $2.2 trillion in new spending to battle the effects of the coronavirus pandemic in the first month of this fiscal year. And COVID-19 cases are spiking again.

With the national debt already equal to the GDP, and growing faster now, a question arises: Where does this end?

How many more multitrillion-dollar deficits can we sustain before the quality of U.S. debt is called into question by Japan, China and the other nations that traditionally buy and hold U.S. debt?

How long before the value of the U.S. dollar is questioned?

How long before our creditors start demanding higher interest rates to compensate for the rising risks they are taking in buying the bonds of so profligate a nation?

According to Stein’s Law, named after Herb Stein, the chairman of the Council of Economic Advisers who enunciated it, if something cannot go on forever, it will stop.

Or was Herb Stein wrong, and we can borrow and spend forever?

“Our resources are not inexhaustible.”

Consider the built-in engines of spending that were causing trillion-dollar deficits even before the coronavirus hit?

With the huge baby boomer generation, born between 1946 and 1964, only half retired and still reaching 65 and 66 in the millions every year, the claims on Social Security and Medicare, the two largest programs in the U.S. budget, are certain to grow. So, too, are the claims on Medicaid, health care for the poor, the next largest item in the budget.

With unemployment at 8%, other social programs that date to the Great Society days of over half a century ago — welfare, housing, education, nutrition — and consume a large share of our budget, are unlikely to shrink.

Interest on the debt, as the U.S. national debt rises and becomes riskier, is also likely to be headed one way — straight up.

Which brings us to that other major budget item: national defense.

The Trump era has already produced a significant increase in defense spending, while defense commitments have seen no reduction.

We are obligated to defend some 30 NATO allies from the Atlantic to the Baltic and Black seas. In the Middle and Near East, we have troops stationed in Turkey, Syria, Iraq, Jordan, Kuwait, Bahrain, Qatar, the UAE, Saudi Arabia, Oman, Afghanistan and Djibouti on the Horn of Africa.

With the new strategic “pivot to Asia,” U.S. troops and ships have moved into the Indo-Pacific region to contain China in what is being called Cold War II. Then there are the U.S. treaty commitments to defend Japan, South Korea, the Philippines, Australia and New Zealand dating to the ’50s

Allies are our strength, we are told. They are also our dependents.

This morning came press reports that ISIS, whose caliphate in Syria and Iraq we annihilated, is turning up in Africa. A new front may be opening up in the global war on terror.

The question here is a simple one: Can we continue to do it all?

Our resources are not inexhaustible.

We are being obligated to do more and more, at home and abroad, while our share of the world’s wealth is less and less.

Can we continue to maintain strategic parity and contain the ambitions of the other great powers, Russia and China?

Can we continue to defend South Korea and Japan from Kim Jong Un and his nuclear arsenal, confront and choke the Ayatollah’s regime in Iran and, at the same time, reconstruct George H. W. Bush’s “new world order”?

While doing all this, can we overcome the worst pandemic since the Spanish flu of 100 years ago, and deal with a national divide and racial crisis as bad as any since the 1960s, if not the Civil War?

We’re going to find out.