Can Poland Be Poland — and Stay in the EU? 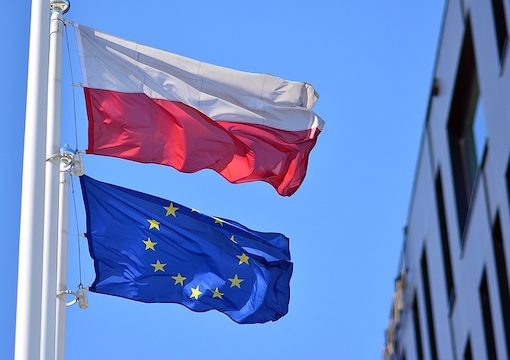 That was the call of American conservatives, four decades ago, when the Solidarity movement of labor leader Lech Walesa arose in the port city of Gdansk to demand their freedom of the Communist system imposed upon Poland by the Soviet Union after World War II.

A decade later, Poland broke free of the Soviet Bloc and Warsaw Pact, and later joined the European Union and NATO.

The question that has arisen today also has to do with issues of Polish identity and independence.

Specifically, can Poland be Poland — and still remain in the EU?

In recent years, the ruling Law and Justice Party has revised its governmental structures. The judiciary has been subordinated, brought under greater central supervision and control, and a disciplinary chamber has been established and empowered to remove judges.

Such action, says the EU Commission in Brussels, violates basic EU law, which applies to all member states and trumps national law.

Moreover, on issues such as homosexuality, abortion and the media, the Polish government has taken stands more consistent with its Catholic traditions than with the social agenda of a secularized Europe.

The same holds true for the Hungary of Prime Minister Viktor Orban. Poland and Hungary are ostracized as “illiberal democracies.”

“Poland and Hungary are ostracized as “illiberal democracies.”

At a rally of tens of thousands in Budapest Saturday, Orban told supporters that Washington, the EU in Brussels, and billionaire George Soros are using their money, media and networks to bring to power the Hungarian leftist opposition in next April’s parliamentary elections.

“But what matters,” said a defiant Orban, “is not what they in Brussels, in Washington and in the media, which is directed from abroad, want. It will be Hungarians deciding about their own fate.

“Our strength is in our unity … We believe in the same values: family, nation and a strong and independent Hungary.”

In this social-cultural-moral clash inside the EU, outsider Vladimir Putin comes down on the side of the traditionalists and nationalists in countries where Christianity retains a hold against secularism.

This weekend, Moscow released excerpts of Putin’s blistering attack on a woke West at last week’s gathering of the Valdai Discussion Club in Sochi:

“We’re surprised to see things happening in countries that see themselves as flagships of progress,” said Putin. “The struggle for equality and against discrimination turns into aggressive dogmatism verging on absurdity.

“Opposing racism is a necessary and noble thing, but the new ‘culture of abolition’ turns into ‘reverse discrimination’ … Here in Russia the absolute majority of our citizens don’t care what color a person’s skin is.

“People who dare to say that men and women still exist as a biological fact are almost ostracized … not to mention the simply monstrous fact that children today are taught from a young age that a boy can easily become a girl and vice versa.

“Let’s call a spade a spade: This simply verges on crimes against humanity under the banner of progress.”

In the clash between Poland and the EU, German Chancellor Angela Merkel has urged that a solution be found acceptable to both, rather than engaging in a long and bitter battle that leaves one side victorious and the other estranged.

Yet, today, Poland is being threatened with economic sanctions, including a possible withholding of annual EU stipends and money set aside for EU nations to combat the COVID-19 pandemic.

Responding to these threats, Prime Minster Mateusz Morawiecki is accusing the EU of “blackmailing” Poland and holding a “gun to our head.”

“If you want to make Europe into a nation-less superstate,” says Morawiecki, “first gain the consent of all European countries and societies for this.”

Membership in the EU is popular in Poland, and the government has not threatened a walkout, a “Polexit,” like the “Brexit” that British Tories voted for in 2016 and carried out.

Still, Brussels fears that successful Polish defiance of its demands could lead other EU nations to make demands, and the grand project of creating a European superstate, a One Europe whose member nations are accorded limited rights similar to those of the 50 states of the American Union, could collapse and fall apart.

National governments receive from membership in the EU not only the benefits of open markets, free trade and travel from one nation to another, but also, for nations like Poland and others in eastern and southern Europe, annual transfer of wealth from the EU.

The chokehold the EU has on its members is money. Brussels can cut off the funds transferred annually to Poland, as well as funds voted to deal with the COVID-19 pandemic, together a goodly slice of Poland’s GDP.

The questions raised by the rebellious Poles are fundamental: Which takes precedence, when they come into conflict, Poland’s constitution and Poland’s laws, or the laws of the European Union?

Conflict appears inevitable, and the Poles will ultimately have to decide whether their country and constitution transcend EU law, or the reverse is now true.