Can the Right Fight Without Saying White? 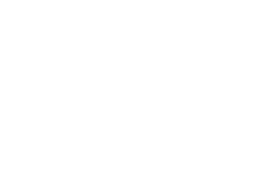 For years I worked alongside the innocuous, cuddly conservatives who dominated the Southern California Republican scene. And as the left steadily upped its antiwhite vitriol, to the extent that “blame whitey” became the dominant theme, my National Review-consuming chums struggled to counter the new rhetoric. When leftists would scream, “Whites are privileged, evil, and must be reduced in numbers and influence,” we’d hit back with the zinger “You’re the real racists.”

If you want to counter a racist, you don’t point out that he’s racist; you point out that he’s wrong. But “Party of Lincoln” conservatives get queasy at the thought of saying anything positive about whiteness. They prefer room-temperature pap about how “we don’t ‘see’ race! America’s an idea, not a color! There are no inborn factors among humans that can’t be overcome with a Thomas Sowell book and a flag pin.”

That’s how it was then, that’s how it is now, even as the left’s war against “white” has gone total vernichtungskrieg. When leftists speak of the need for fewer whites in a particular business, agency, or field, always keep your response focused on “qualifications not quotas.” But never, never directly rebut the claim that if something’s “too white,” it’s by definition in need of diversification. Never even suggest that an overrepresentation of whites isn’t necessarily a bad thing.

Keep the notion of demographic change separate from any discussion of immigration. Remember—border issues don’t come down to anything more than the right paperwork. Scarecrow was dumb, then he got an official piece of paper from the Wizard, and now he’s smart. That’s totally how it works in the real world. There are no immigration problems that can’t be solved with properly filled-out forms.

Cuddly conservatives believe that the best response to the left’s rabid racism is to be “better than that.” And when nonwhite voters see how determined we are to avoid mentioning race, they’ll flock to the GOP in droves! This batty notion reminds me of mass shooter George Sodini, the proto-incel who opened fire on a women’s aerobics class in 2009 because he couldn’t get a date. Long before his massacre, a still-optimistic Sodini recorded a video in which he redecorated his apartment according to the specs outlined in a “how to please a woman” book he bought. In the video, as he shows off his matching upholstery and perfectly spaced end tables, a childlike Sodini confidently assures himself that his decorating skills will win him the affection he craves. “They’ll really be impressed,” he coos, in reference to the hypothetical women who never materialized.

That’s mainstream conservatives for ya, to a tee—obsessively redecorating for a demographic that’ll never date them while neglecting the one that will (funny how the GOP’s garishly pro-Israel interior decor has failed to attract throngs of Jewish gentleman callers).

Just last week, Greg Gutfeld on Fox’s The Five inadvertently made my point about how even our sharpest tools continue to police themselves on race. In a monologue condemning the media for preemptively blaming the Joker film for inciting “white rage,” Gutfeld quite legitimately brought up a ghastly quadruple murder in New York City that was downplayed by MSM journalists at the exact same moment they were wailing about hypothetical violence from a fictional film. Four homeless men were bludgeoned to death in their sleep right on the streets of Gotham. Gutfeld scolded the media for ignoring the crime because of the identity of the killer…an identity he refused to mention. “The Saturday-night massacre won’t lead the news,” Gutfeld explained, because “the perp isn’t the ideal mustache-twirling villain.”

And why isn’t he “the ideal mustache-twirling villain”? Gutfeld doesn’t say, choosing instead to stress that the killer’s mental illness is “a more relevant plot point than race.” Throughout the entire monologue and the discussion that followed, neither Gutfeld nor his show-mates explained why the perp, a dark-skinned Dominican immigrant, isn’t the “ideal villain.”

If you’re trying to make the point that the killer’s identity is why the media buried the story, why not speak the identity out loud? “The media was wrong to mention race regarding Joker, but I’m not going to mention race in response, even though my failure to do so entirely kills the point I’m trying to make.” After all, bringing up the guy’s identity might imply that cuddly conservatives have an objection to immigration policy that goes beyond mere paperwork.

I knew Gutfeld back in my GOP days, and he’s smarter than that monologue. But the sad fact is, the fear of appearing racist makes dunces of a lot of otherwise clever conservatives.

“By gum, those Founding Fathers sure were a brilliant group of men.”

“And how would you describe those Founding Fathers? You know, their identity?”

“Why, Judeo-Christian, of course! What other identity could possibly matter? Because I don’t see race. Hell, I always thought Ben Franklin was an aboriginal Pintupi. You’re telling me he wasn’t? Well, he could have been.”

Everything the left is today, everything it does, is based on the notion that white is bad. “White bad” is the cornerstone of all leftist positions, from the economy to the environment, entertainment, the internet, sports, science, and academia. And here come the cowed, delusional, milquetoast conservatives who think they can counter “white bad” without saying or even implying “white good.”

More than that, they don’t even want anyone in their ranks associating with someone who says “white good.” Increasingly, conservative organizations are booting people merely for rubbing shoulders with folks who are “white-positive.” Recently, Turning Point USA dismissed several members who dared to be in the same room as “white nationalists.” And just a few days ago, TPUSA’s Charlie Kirk shot down a young fan who dared to object to immigration on the basis of changing demographics rather than uncompleted forms. Kirk went so far as to call anti-immigration Republicans and conservatives “dangerous.” Trying to sound less open-bordery than he is, Kirk stressed that he only supports giving entry to “skilled” immigrants. He then immediately contradicted himself by stating that he supports all “aspirational” immigrants (the “aspirational” are not necessarily skilled).

Regardless of Kirk’s kowtowing and purges, rival conservative organizations continued to attack Turning Point for having members who dared to associate with people who have the wrong opinion on “white.”

Never say “white good,” and never breathe the same air as someone who does.

To be clear, I’m not trying to make a case for “white nationalism.” What I’m saying is, it’s just not possible to fight an entity that hates a thing without associating with people who like the thing. The left’s current raison d’être is “We hate white,” which cuddly conservatives hope to counter with an enforced and mandatory collective response of “We’re indifferent to white.”

There’s no passion in indifference, and no willingness to fight. The indifferent will always be defeated by the zealous. That rule is ironclad and eternal.

What I find most curious about the “no white pride” litmus test is that it comes courtesy of the so-called “big tent” Republicans who claim to be pro-life while not just tolerating but working alongside pro-choice libertarian-leaning GOPs. Am I missing something? Don’t pro-lifers think abortion is murder? But they’re more willing to work with people who support a baby holocaust than folks who say, “I prefer immigration from white countries”?

Isn’t abortion supposed to be genociding the black community? Isn’t that a few degrees worse than saying, “It’s okay to be white”?

If you police language and associations in the name of some kind of purity test meant to purge those who see being white the same way we Ashkenazim see being Jewish—something to be proud of, something that isn’t just “not bad” but good—you do so at your own risk. Unless you want rightists to lose the war. Unless that’s your plan. Oh look, I’ve circled back to Jewish Republicans! And big-business corporate Republicans, too. Nothing frightens those folks more than the sound of creaking hinges on the Pandora’s box of white populism (you know, that box they’ve been trying to sit on like an overstuffed suitcase since November 2016).

Hence Conservative Inc.’s love of a losing strategy. Loosening the reins a bit when it comes to the allowable ways to discuss race (or at least loosening the reins on associating with those who discuss race “incorrectly”) would be a good strategy for the GOP, one not too dissimilar to what worked in 2016. But that slope’s just a little too slippery for some of our more urbane conservative elites, who themselves don’t have the highest opinion of “white.”

Hence the party line, the myth that the best way to counter hatred against a group is to never say anything positive about the group.

Sure, those rules aren’t applied in other circumstances:

“The Nazis didn’t just target a group of people; they targeted an exceptional group! Look at all the big brains they lost by driving away the Jews!”

“Look at the amazing things blacks did for this country! Antiblack racism stifles the abilities of a talented race!”

“Don’t put down illegal immigrants! They work harder than us and their food is amazing!”

But then you get to…

“Whites are monsters who should be fired, silenced, and bullied!” And the response to that? “Whites are no better or worse than anyone else. Quit lookin’ at race, you real racist.”

“Never say white.” That’s rule No. 1 in the how-to book issued to the army of conservative George Sodinis whose pathetic desire for popularity has made them easy targets for advice-dispensing hucksters who don’t play by their own rules.