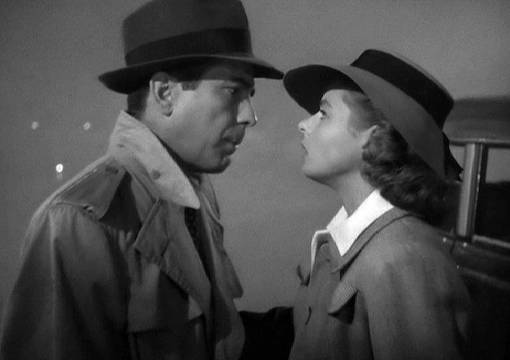 If you thought comedy was dead because of woke hysteria, fear no longer. Hollywood has come to the rescue. The Academy—a misnomer if there ever was one—has decreed that a movie can no longer be eligible for an Academy Award unless it meets certain criteria. A group of greedy lowlifes will now decide what’s good for us to view, but such are the joys of La La Land nowadays. (Surely you’ve read about it: In order to be considered for prizes, movies have to include blacks, homosexuals, lesbians, transsexuals, queers, and the disabled, the latter preferably of mixed race.) Ticking all the boxes while casting a movie will now also come under Oscar consideration, while the rest of us enjoy a well-deserved laugh. Just think of it: Lacking in originality since the late ’50s, Hollywood has always depended on recycling past triumphs. When the remake of Casablanca is shot in the studio, as the original also was, Rick will be played by a black actor, Idris Elba, and Ilsa by an Arab lesbian. (She’s yet to be discovered.) The new script will have Rick stuck in Casablanca after a failed drug deal, stalked by Major Strasser, a DEA agent of Hawaiian background with a fetish for Nazi uniforms. The only white person in the movie will be the piano player, who tickles the ivories and plays “As Time Goes By” with his toes, having burnt his two hands to a crisp while stoking the embers in his coal-fired boiler. Victor Laszlo, Ilsa’s hubby, is a sensitivity-training expert who used to pimp her out to women until transformed by reading the Koran. He, a Saudi, and Ilsa began their affair at university in Riyadh; then the religious police came after them, and they separated while he was arrested but were reunited in Beirut and ended up in Casablanca. Captain Renault will be played by the incarcerated R&B star R. Kelly, furloughed from prison where he resides at present for the duration of the shoot. (The love of underage girls by the R&B star and the character he plays make this casting a natural and very popular with fans.)

Can you envision the endless possibilities, dear readers, once the woke brigades get hold of past Hollywood films? Denzel Washington can be a credible Rhett Butler, as can Rihanna playing Scarlett. Trouble will start with the characters of Big Sam and Mamie, ditto when remaking Porgy and Bess. Never mind, the new rules with transgender and nonbinary people shown lying in hospital in Atlanta moaning and groaning while Sherman’s bombs are falling will rewrite American history.

“Can you envision the endless possibilities, dear readers, once the woke brigades get hold of past Hollywood films?”

Better yet, the new, improved Hollywood will take its cue from the Chinese, who micromanage all Chinese life, including the movies. Tarzan films will obviously pose a problem, with Meghan Markle a believable Jane, and Tarzan played by Jamie Foxx. It’s the natives that I’m worried about. They will have to be of Scandinavian extraction and the movies shot in Norway, and the loincloth gives very little protection against frostbite. There will be lawsuits galore, so don’t expect any new Tarzan flicks anytime soon.

The Godmother, needless to say, will pose no such problems. The famous scene where Al Pacino shoots the bad white police captain in the face will be reshot exactly as in the original, with Cardi B blasting away at a Sterling Hayden look-alike. The 1972 racist joke of “Wops versus Cops” will no longer apply, not with Cardi B, Lizzo as the Godmother, and other such black female stars burning up the silver screen.

So there you have it, a new, improved, and politically correct movie industry entering the new millennium with a bang. Misandry, a Greek word that means hate for the male sex, will be the theme behind every blockbuster, with Wonder Woman making mincemeat of Superman, who in his latest reincarnation has had a sex change and has become Superwoman. The opportunities are endless: Every Western can be reshot with black and white women taking the roles once upon a time hogged by the likes of John Wayne and Randolph Scott. Imagine what they can do with the remake of The Wild Bunch. The Mexican baddies will of course be Nordic types, and the wonderful Bill Holden’s role as an aging hero-baddie will be handled by the aging Meghan Markle once again.

Mind you, when I watch movies on television these days, I surf nonstop trying to get away from supernatural and sci-fi trash. It cannot possibly get worse, so even outrageous remakes with blacks replacing whites and women replacing men has to be an improvement. When you have a once-credible newspaper that has turned into a trash propaganda sheet like The New York Times advocating that the American Revolution was fought in order to preserve slavery, the role reversals required by the Hollywood so-called Academy are not as outlandish as they sound. Let’s face it: Freedom of speech was invented in order for groups or entire nations to defend their interests against encroaching authority. The reverse Voltaire practiced by the left and its media allies is nothing more than a coup to seize power over our thought process once and for all. Hollywood is just following orders.