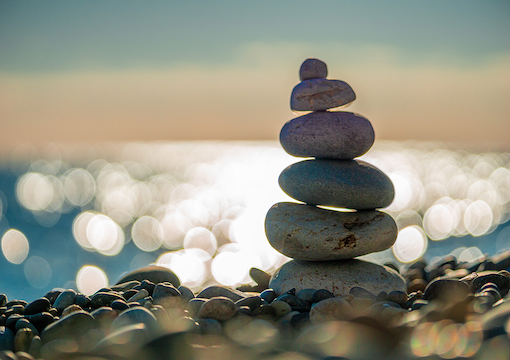 You might think that Isabel Wilkerson’s best-selling book Caste: The Origins of Our Discontents might be timely because Kamala Harris is descended both from a high-caste Brahmin mother and a Jamaican father from that island’s “middle-class brown” caste.

Harris’ father, a retired Stanford economics professor, appears to be a product of the careful breeding regimen that author Malcolm Gladwell describes in his writings about how his Jamaican mother’s ancestors kept themselves distinct from the black masses. An affluent Jamaican once told me with bemusement: “Everybody calls me black in the United States and white in Jamaica.”

Americans, with our traditional one-drop rule for lumping people into either black or white, don’t understand Caribbean and Latin American gradients, which go back to Spanish times. For example, on Kamala’s birth certificate, Professor Harris entered as his race “Jamaican,” which strikes me as a sensible way around the problem of Americans lacking a vocabulary to describe in-between people like himself.

All over the world, there are caste-like arrangements like this. Another widespread pattern is occupational castes, such as blacksmiths in Africa.

We also see hereditary despised scapegoat groups, such as the Burakumin of Japan, the now-vanished Cagot of France and Spain, and the descendants of Igbo slaves in contemporary Nigeria.

On the other hand, it could be argued that the only real system of caste in the world is found among the Hindus of South Asia, Bali, and Silicon Valley, with their thousands of endogamous groups and endless proliferation of rules. Everybody else’s caste system is just a weak-tea metaphor for the Indian straight stuff.

The South Asian caste system is a colossal work of social construction. Yet it turns out to have genetic ramifications as well. Harvard geneticist David Reich’s 2018 book Who We Are and How We Got Here explains:

The Han Chinese are truly a large population. They have been mixing freely for thousands of years. In contrast, there are few if any Indian groups that are demographically very large, and the degree of genetic differentiation among Indian jati groups living side by side in the same village is typically two to three times higher than the genetic differentiation between northern and southern Europeans. The truth is that India is composed of a large number of small populations.

Harris’ mother was a Tamil Brahmin.

“In general, Caste reflects the antiquarianism of the current year.”

We often think of caste as a pointless division of people into arbitrary groups with no regard to merit. And yet…the Tamil Brahmins are quite high-achieving for a relatively small group of about 2 million in India and 50,000 in the U.S., producing the legendary math genius Srinivasa Ramanujan, two Nobel laureates, and the CEOs of Google and Pepsi. Nature? Nurture? Both?

Indeed, Kamala, with her degrees from black Howard U. and plebeian Hastings law school, is likely the least intelligent member of her family, trailing her lawyer sister (Berkeley and Stanford Law), cancer-researcher mother, and economist father. In contrast to her meritocrat family members, Kamala launched her San Francisco political career the old-fashioned way: by having sex with Mayor Willie Brown, who in return gave her a BMW and two taxpayer-funded sinecures.

Who are the Brahmins? Reich points out that Hinduism’s priestly caste tends to be more descended from the Aryan invaders from the Eastern European–Western Asian steppe, which is why higher-caste people in India tend to be fairer-skinned.

On the other hand, Southern Indians tend to be darker, somewhat less descended from Aryans, and higher-scoring on academic tests than Northern Indians, reminiscent of Nietzsche’s speculations on “slave morality” that in Eurasian prehistory the conquered tended to be smarter than their Blond Beast conquerors.

One theory is that the Proto-Indo-European-speaking steppe nomads imposed India’s caste system: After all, they may have brought to Europe the three-element class system of warrior nobles, clergy, and commoners that comprised the Estates-General in France up through 1789.

Madison Grant speculated in his 1916 The Passing of the Great Race:

A record of the desperate efforts of the conquering upper classes in India to preserve the purity of their blood persists until this very day in their carefully regulated system of caste. In our Southern States, Jim Crow cars and social discrimination have exactly the same purpose.

Then again, Europe has always been so much more egalitarian and socially streamlined than India that it’s conceivable that caste was indigenous to South Asia and the Aryans simply put themselves on top of a preexisting hierarchy.

Or the system may have evolved after the invasions.

We don’t know, but the new science of digging up skeletons and analyzing their DNA might provide an answer in the upcoming decades, although South Asian elites, like elites all over the world, seem to be turning against genetics due to the threat it poses to their worldviews.

For example, perhaps the most embarrassingly over-the-top book review ever penned by The New York Times’ usually sensible Dwight Garner was for the new Oprah’s Book Club selection Caste by Isabel Wilkerson, a black lady who won a Pulitzer Prize for her best-seller about African-American history The Warmth of Other Suns.

Her new tome is about caste in India, the United States, and Nazi Germany (because we can never hear enough about Hitler). Wilkerson argues that we should stop talking about racism against blacks, because as we all know science proves race doesn’t exist, and instead talk about casteism against blacks. In fact, maybe we shouldn’t talk about blacks and whites since that’s only skin-deep. Instead, we should refer to “the dominant caste” and “the subordinate caste.”

It’s an extraordinary document, one that strikes me as an instant American classic and almost certainly the keynote nonfiction book of the American century thus far…one of the most powerful nonfiction books I’d ever encountered.

Garner is a normal white guy from West Virginia, so I guess he feels he has to say these kind of things to avoid being canceled from his nice job at The New York Times by ambitious underlings.

Times being what they are, people do what they must. But still, the ignominy of extolling Wilkerson’s book…

First, Wilkerson’s moralistic prose style appears to be aimed at the Intelligent Middle Schooler market: It’s young-adult nonfiction. It’s not badly written (Wilkerson deserves praise for largely avoiding the academic jargon that has been metastasizing during the Great Awokening), it’s just not for self-respecting grown-ups.

Second, Wilkerson is not a terribly knowledgeable, insightful, or analytical thinker. Caste is a huge topic with a huge literature, and Wilkerson, a former human-interest journalist for The New York Times, is in over her head.

For example, Wilkerson writes about Jim Crow’s weird, Hindu-like concern with ritual pollution, which mandated separate drinking fountains and so forth. But unlike some previous writers on the topic, she fails to notice that this was a post–Civil War novelty that emerged among the defeated whites. Previously, slave-owners had lived on intimate terms with their house slaves and didn’t worry about such neurotic concerns, probably because their legal and political position was so dominant that they didn’t need to impose petty taboos to humiliate blacks.

Third, African-American authors’ leading genre has been autobiography (The Autobiography of Malcolm X is the most famous example, although my favorite is Zora Neale Hurston’s Dust Tracks on a Road), and Wilkerson’s book keeps digressing into personal anecdotes about people disrespecting her because of her race caste.

But Wilkerson hasn’t lived as interesting of a life as, say, Frederick Douglass or Maya Angelou. Hence, many of her memories involve less-than-electrifying encounters with fellow passengers in first class who give her a funny look when she asks for help lifting her carry-on luggage or the like. In comparison, Ta-Nehisi Coates’ Escalator Incident is as thrilling as The Count of Monte Cristo.

“I am an author, not a domestic,” she thunders. But do white Americans actually stereotype black women as maids in 2020? Outside of West Indian nannies in New York, I don’t recall seeing an African-American domestic servant in this century.

In general, Caste reflects the antiquarianism of the current year. Applying the term “dominant caste” to whites in 2020 ought to sound funny, but because the media is so obsessed with the increasingly distant past, nobody gets the joke.

Like most journalists, Wilkerson is twenty years behind the science in assuming that race has been discredited. She writes:

“Race is a social concept, not a scientific one,” said J. Craig Venter, the geneticist who ran Celera Genomics when the mapping was completed in 2000.

You know and I know that in the two decades following this famous ceremony for the Human Genome Project in Bill Clinton’s Rose Garden, the explosion of genetic information has largely confirmed the basic racial model of the old physical anthropologists (while vastly complicating the backstory of how we got to where we are). But practically nobody else seems to have noticed that Venter was yanking our chain in 2000.

As a true believer in the conventional wisdom, Wilkerson assumes that racial differences are just arbitrary conventions fetishizing one skin-deep difference—color—to the point of reductio ad absurdum. She asks us to imagine a world where caste discrimination is based not on pigment but on height:

Were height the measure for determining race, as arbitrary a measure as any and less arbitrary than some, the Dutch people of the Netherlands would be the same “race” as the Nilote people of South Sudan or the Tutsis of Rwanda.

No, they would not, because race is about who your ancestors were.

For instance, sub-Saharans and Pacific Melanesians look so similar that 19th-century anthropologists assumed they must be closely related due to some unknown prehistoric migration. But over the course of the 20th century, physical anthropologists noted key differences and decided they weren’t actually much related at all, which 21st-century genetics validated. So, for generations, Americans haven’t considered Melanesians to be the same race as Africans.

In reality, there is of course a country where the racial groups are distinguished not by color but by height: Rwanda. Traditionally, the tall Tutsis dominated the medium-size Hutus who dominated the Pygmy-like Twa. When majority rule came in the 1960s, the more numerous Hutus voted themselves into power, but in the 1990s the Tutsi exiles invaded. Radio Hutu Power launched the 1994 genocide of the resident Tutsis with the cry “Cut the tall trees.”

When the Tutsis got back in power, president Paul Kagame proclaimed that there are no racial differences between Tutsi and Hutu, that was all just a socially constructed scam by the white man to divide and conquer Rwandans. But when Kagame brought his lovely daughter to the White House to meet the Obamas, she turned out to be over 6′ 4″. (And here is a picture worth clicking on of two of Kagame’s children with Michael Bloomberg.)

Wilkerson eventually winds up with this classic self-own:

We accept the illogic of race because these are things we have been told. We see a person with skin that is whiter than that of most “white” people, and we accept that they are not “white” (and thus of a different category) because of the minutest difference in the folds of their eyelids and because perhaps their great-grandparents were born in Japan.

In other words, contrary to the premise of her book, race isn’t fundamentally about skin color, it’s about what part of the world your ancestors evolved in. Pigmentation, facial features, height, and so forth aren’t the essence of race, they are all clues to who you are more related to.

In summary, race is real. What we choose to do about it is up to us, but the more we pay attention to the truth, the likelier we are to make good decisions.