Casualty Lists From the Kavanaugh Battle 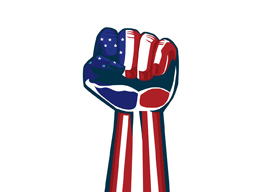 After a 50-year siege, the great strategic fortress of liberalism has fallen. With the elevation of Judge Brett Kavanaugh, the Supreme Court seems secure for constitutionalism — perhaps for decades.

The shrieks from the gallery of the Senate chamber as the vote came in on Saturday, and the sight of that bawling mob clawing at the doors of the Supreme Court as the new justice took his oath, confirm it.

The Democratic Party has sustained a historic defeat.

And the triumph is President Trump’s.

To unite the party whose nomination he had won, Donald Trump pledged to select his high court nominees from lists prepared by such judicial conservatives as the Federalist Society. He kept his word and, in the battle for Kavanaugh, he led from the front, even mocking the credibility of the primary accuser, Christine Blasey Ford.

Trump has achieved what every GOP president has hoped to do since the summer of ’68, when a small group of GOP senators, led by Bob Griffin of Michigan, frustrated and then foiled a LBJ-Earl Warren plot to elevate LBJ crony Abe Fortas to chief justice in order to keep a future President Nixon from naming Warren’s successor.

“It was among the lowest moments in the modern history of the Senate, and it was the Democratic minority that took it down to that depth.”

Sharing the honors with Trump is Majority Leader Mitch McConnell.

Throughout 2016, McConnell took heat for refusing to hold a hearing on Barack Obama’s nominee, Judge Merrick Garland, to fill the chair of Justice Antonin Scalia, who had died earlier that year.

Last week, in one of the closest and most brutal court battles in Senate history, McConnell kept his troops united, losing only Sen. Lisa Murkowski, to put Kavanaugh on the court by 50-48. McConnell will enter the history books as the Senate architect of the recapture of the Supreme Court for constitutionalism.

This was a huge victory for conservatism and for the Republican Party. And the presence on the court of octogenarian liberals Ruth Bader Ginsburg and Stephen Breyer, both appointed by Bill Clinton, suggests that McConnell may have an opportunity to ensure the endurance of his great achievement.

The ferocity and ugliness of the attacks on Kavanaugh united Republicans to stand as one against what a savage Senate minority was trying to do to kill the nomination. And at battle’s end, the GOP is more energized than it has been all year for this fall’s election.

How united is the GOP? Conservatives are hailing the contributions of Sens. Jeff Flake, Lindsey Graham and Susan Collins, who delivered a masterful summation of the Kavanaugh case Saturday afternoon.

For the Democratic Party, the Kavanaugh battle was the Little Bighorn, as seen from General Custer’s point of view.

Unable to derail the judge during the regular confirmation process, they lay in the weeds until it was over, and then sandbagged the judge by leaking to The Washington Post a confidential letter Dr. Ford did not want released.

They thus forced a public hearing of charges of attempted rape against a nominee, demanded the FBI investigate all charges of sexual misconduct when Kavanaugh was a teenager, and ended up losing anyway.

Then the Dems watched protesters dishonor the Senate in which they serve by screaming from the gallery. It was among the lowest moments in the modern history of the Senate, and it was the Democratic minority that took it down to that depth.

Understandably, they are a bitter lot today.

And the #MeToo movement has been set back. For many of its champions were, in Kavanaugh’s case, demanding a suspension of the principle of “innocent until proven guilty,” and calling for the judge’s rejection in disgrace, based solely on their belief in a wholly uncorroborated 36-year-old story.

So where are we going now?

While Republicans are united and celebrating a great victory, the left and its media auxiliary are seething with rage and doubly determined to deliver payback in the elections four weeks away, where Democrats could pick up the two dozen seats needed to recapture the House.

Should they do so, however, they will face two years of frustration and failure. For the enactment of any major element of their liberal agenda — a $15 minimum wage, “Medicare-for-all” — would die in a Republican Senate, or in the Oval Office where it would face an inevitable veto by Trump.

So, what does 2019 look like, if Democrats capture the House?

Speaker Nancy Pelosi. A House Judiciary Committee headed by New York’s Jerrold Nadler who is already howling for impeachment hearings on both Kavanaugh and Trump.

And, by spring, a host of presidential candidates, none of whom looks terribly formidable, led by Cory (“I am Spartacus”) Booker, trooping through Iowa and New Hampshire, trashing President Trump (and each other), and offering themselves as the answer to America’s problems.