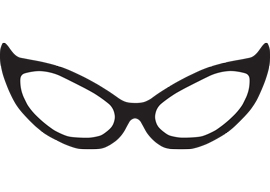 Good news, guys. Feminism is over. Sure, there are still women being stoned to death and a teenager might get butyric acid thrown in her face for rejecting an arranged marriage but as far as the Western world today goes, we”re done. Of course, when an object has been rolling through the patriarchy for half a century, it’s not going to stop on a dime. Women are still bitching. The difference now is, these complaints sound like the rantings of a babysitter about to get her period.

Women are not in constant danger. They are not seen as less valuable than men. They”re not objectified sexually. They”re worshipped and admired. When you include prison, men get raped far more than women. Men’s lives are in danger way more often than women’s are, especially in the workplace. The myth that women earn less than men has been debunked a thousand times. The only people insisting women look a certain way are gays and other women. As far as us guys are concerned, all you have to do to keep us interested is own a vagina. Men don”t insist women spend $10,000 on an Hermes bag. We don”t even know what that is.

“I”ll never forget our top salesman’s response when asked how our company got so much business. “We ate our way to the top,” he said.”

Men aren”t the only people smart enough to notice the complaint box is full of shit. Women are clueing in too. The hashtag #Idontneedfeminism was trending on Twitter recently and it included refreshing realism such as “I don”t need feminism because I am an adult who is capable of taking responsibility for myself and my actions.”

The most famous female face of this recent trend is Karen Straughan. She may look like a feminazi but she caused quite the tizzy last month when she denounced feminism at the Men’s Issues Conference in Detroit. She ridiculed feminist speakers for beginning every tirade with “he.” She said feminism has never been about equality and is almost solely focused on blaming men for all the evils of the world. Karen has been denouncing feminism for a while now on her video blog but she really came into the public eye when she debated Naomi Wolf a few months ago. Wolf was visibly shaken by the debate and it pushed Straughan into the forefront of the “women for men“ movement.

Modern feminism is no longer about empowering women. It’s about trivializing what makes women female and glorifying their male traits. Girls should be “kick-ass.” We need more female super heroes. Women should be more involved in the video game industry. Housewives are sellouts. We”ve gone from the Mother Earth hippies who love their femininity to the chick with the guns from Tomb Raider. Not only do these girls want to be dudes, they want dudes to be chicks.

The American Enterprise Institute’s Christina H. Sommers is a strong, proud antifeminist who has become as vocal as Straughan in recent months. She says the fight for equality has become less about promoting femininity and more about discouraging masculinity. She recently published a video called “War on Boys“ that quickly went viral. The five-minute short has over 400,000 hits and discusses teachers and administrators (mostly female) who are not just discouraging young boys from being boys but penalizing them for it. When a boy drew some beheaded pirates, his parents were called in to deal with his violent tendencies. What’s the problem here? Pirates were beheaded. Boys” grades are going down and part of it is the fact that behavior is now included in academic scores. What used to be seen as naturally rambunctious has become an inability to listen.

“Yeah right,” scoffs the college blogger. “Men are in big trouble. It’s not like the world’s top billionaires aren”t male or anything.” This is the same retort we hear about the war on Christmas or anything that appears racist toward whites. Sure, most of the winners are still men but most of the losers are too. Also, it doesn”t matter if Warren Buffet is rich. That doesn”t change the part where almost all of what modern feminists are saying is factually incorrect. Just because the Yankees are winning doesn”t mean they”re oppressing the other teams.

Feminism can”t complain about real suffering anymore so they create straw men to rail against. If you say some women like rough sex, they pretend you said “rape is cool.” When asked why we still need feminism they come up with totally incoherent reasons such as, “because our culture considers it normal to cut off part of an infant’s penis.” They tell us women want to give you permission for each level of sexual intercourse you instigate. I tried that. They hate it.