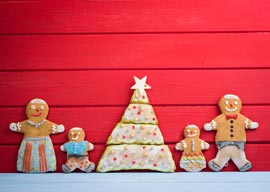 The rigged game of publishing is no less rotten today than on any other, but it’s unnatural to be contentious on Christmas. I”d rather talk truces.

Most readers will have already heard my favorite yuletide tale, but indulge me: who hasn”t shed a tear over the Christmas Eve ceasefire of 1914?

Early in December of the first year of World War I, the new pope, Benedict XV”clutching at the last shreds of chivalry”asked both sides to stop bloodshed on the holy day.

The officials refused. But soldiers in patches along the Western front disobeyed their command on both sides to gingerly approach each other across no-man’s-land. They indulged in fellowship. They traded hymns and liquor rations and allowed each other to gather the dead; next day it was back to their duties in the corpse machine, and future outbreaks of peace were quashed by higher command.

It wasn”t a perfect ceasefire, but it’s inspirational enough to make me want to smash one of those “I drink male tears” coffee mugs over a feminist’s head. Come on, ladies. Knock off the grinching.

“I am indeed of the opinion that women are human beings. But I”m also of the more eternally radical opinion that this is not very much to boast of.”

The “I drink/I bathe in male tears” trend, for the uninitiated, is what it sounds like: ironically smirking young ladies post selfies in which they pose with gear bearing such charming slogans.

When I first heard about this, my knee-jerk reaction was: “What a ghastly sentiment!” Then I supposed it was likely a clumsy rhetorical tactic, an attempt at an irony double-bind”an unfunny joke meant to veil a font of personal rage by indulging it.

And sure enough, according to Slate, this is supposed to be irony:

Ironic misandry is “a reductio ad absurdum,” explains Jess Zimmerman, an editor at Medium and the proud owner of a “MALE TEARS” mug. …

“I enjoy that it bothers the men who don”t get it,” one Misandrist Book Club member told me. “It’s a good way to weed out cool dudes from the dumb bros.”

I guess I”m a female dumb bro”where’s my Camaro? I want my Camaro!”because I still don”t believe this is all in good fun (and that’s not really a reductio ad absurdum). This generation has almost no grip on the very irony that supposedly defines their worldview; the “cool dudes,” for example, took about five months to forget that their godawful hipster facial hair was supposed to be a joke. For a movement to claim that it’s “just kidding!” about reveling in male pain seems odd now that they”ve driven a galaxy-class science hero to literal tears over a fashion choice.

The eternal war between the sexes dwarfs the world wars and the 100 Years” War and all the Mongol invasions put together. From Aristophanes to Joan Crawford, we”ve tried to make light of it, but it’s been going on for as long as men have been civilized enough to allow the smaller sex to disagree with them without bashing our heads in.

Don”t get me wrong”civilized society and the restraint of force are great achievements for creatures such as we. I love not being dragged into a cave by my hair. And I am indeed of the opinion that women are human beings. But I”m also of the more eternally radical opinion that this is not very much to boast of.

At Christmas in particular, these endless hostilities”now magnified by roaming gangs on the Internet hive-mind”make me so weary of the entire race that I want to lie down in a dark room for an indefinite period of time. Perhaps till we all grow up. I”ll be in there for a while.

Perhaps the cruelest flaw in the design of homo sapiens is that we find each other painfully annoying”and the more a person differs from us, the harder it is to forgive his tics. Feminists may deny it”when they aren”t making essentialist claims about the evil of white males”but women and men behave a bit differently due to slightly different biology. We can”t help that. But we can rein in our reactions to the facts.