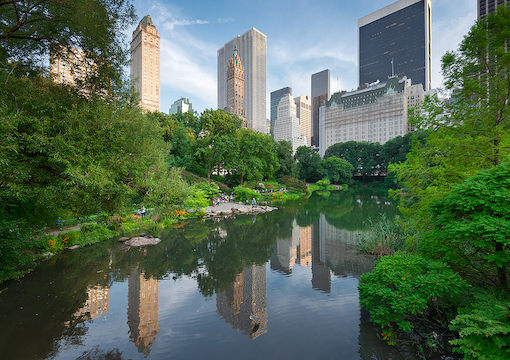 I celebrate two Easters every year, the Catholic and Orthodox one, which means I get very drunk on two successive Sundays. This time both days were spent with very good friends, which is a prerequisite at my age when under the influence. The Orthodox Resurrection ceremony at midnight in the cathedral was followed by a sumptuous Greek dinner at a gastronomic Hellenic restaurant hosted by George and Lita Livanos that ended at around 3 a.m., and then it was time for a Southampton outing for yet another Greek lamb Easter lunch at Prince Pavlos’ not-so-humble seaside abode. And then time to hit the gym nonstop for the next 96 hours in order to get rid of the tonnage devoured over this most Christian holiday. The good news is that karate balances out the self-destruction, and I have yet to figure out what I enjoy more, fighting in the dojo against younger people or drowning the demons after training.

The Greek crown prince Pavlos has joined my dojo and is training hard with Amos Sensei, and he will be a good one, if he sticks with it. Living next to Central Park as I do helps with the hangovers. All one needs to do is slowly walk two blocks west and then get busy. By busy I mean getting the heart rate up by speed-walking and breathing in some good air. Doing push-ups against a bench the other day, I burst out laughing at the sign: “From the Helmsley’s to the people of New York.” Not only was the apostrophe redundant, the multibillionaire Helmsleys were two rather unpleasant people no longer with us, ensuring their names appeared on a small bench so I could do push-ups against it. I suppose it was big of them to do it. Leona Helmsley did some hard time for tax evasion thirty years or so ago, but the book was thrown at her because of what she said rather than what she did: “Only the little people pay taxes.”

“Twenty years ago it was safer to sleep in the park than it was in one’s own home. No longer.”

And speaking of the gentler sex, an unpleasant Chinese woman of a certain age was doing tai chi near me the other morning and making a meal of it by exhaling loudly while jabbering away on her telephone. Never have I had a greater urge to tell a woman to shut up, but I kept quiet because on a scale of horrors from one to ten taking place in the Bagel, this was not even close to one. What is extremely rare to encounter in the park nowadays is anyone not breaking the law, such as biking on pedestrian paths, going full speed past red lights by motorcycles and electric bikers, or blasting rap in supposedly quiet places. In fact, many of the freedoms that we took for granted in the past have been chipped away by people who confuse freedom with anarchy and do whatever they feel like doing and to hell with others. The idea that one cannot freely walk on paths designed only for strollers without some asshole bearded biker either screaming at you to stand aside or running you down is as unacceptable as it gets. I scream back and am ready to fight at all times, but what about those who cannot? Cops watch and do nothing.

Needless to say, it wasn’t always this way. Once upon a time the park was a tranquil oasis of sorts; some even considered Central Park to be the most important American work of art of the 19th century. (They forgot Winslow Homer.) In the early 1800s the city had quadrupled in population, and civic leaders called for a great public park where New Yorkers could escape the crowded and unhealthy streets. Fred Olmsted, America’s greatest landscape architect, decided to go Brit with natural flowing gardens rather than Frog with geometric formal plans, and came up with Central Park. Olmsted announced that the park was for everyone, and it was for a very long time, until a reverse Attila the Hun, Mayor de Blasio, came along and announced in no uncertain terms that whites and cops were the enemy while everyone else, starting with criminals, was good. The park easily reverted to what it was back in the ’70s, a place where even armed thugs felt unsafe after dark. Then came Rudy Giuliani, who quickly did a Guderian on crime’s Maginot Line, and twenty years ago it was safer to sleep in the park than it was in one’s own home. No longer. Women are regularly attacked when walking alone, and although lately there is police presence, the fuzz do not stop speeding bikers on electric machines going the wrong way, nor do they interfere with loud minorities blasting music and swearing and insulting parkgoers.

In fact, all one hears around here is about how free America and its people are. What I’d like to know is how free a country is when a schoolteacher loses her job after apologizing for using the words “colored people.” How free is a nation where tech founders deliver censorship, where gun-toting mobs burn down buildings and are given a pass if the perpetrators are so-called minorities, and where using one wrong word while telling a joke can mean financial ruin and the end of one’s career?

So back to the park it is, with its graceful paths, arching trees, and grand views, as long as one is ready to rumble. It’s a great place, but soft-spoken people with gentle demeanors are advised to stay away.