Chasing Away the Rich 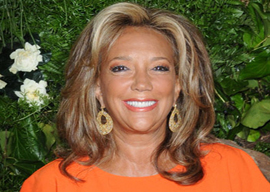 On Tuesday, the New York Post ran a headline that said, “Denise selling out USA.” They claim that Denise Rich, millionaire ex-wife of oil tycoon Marc Rich (whom the Post describes as a “fugitive tax cheat”) stands to gain millions by ceasing to be American. Why isn”t the Post mad at the government, whose policies have made renouncing your citizenship “the ‘It-thing’ to do“? This administration seems to think milking the rich dry will solve all our problems, but as Nick Gillespie says, “When you tax something, you get less of it.” Tax the rich more, and you wind up with fewer rich people to tax.

After Facebook cofounder Eduardo Saverin renounced his American citizenship in 2011, Senator Chuck Schumer got away with saying, “Saverin has turned his back on the country that welcomed him and kept him safe, educated him, and helped him become a billionaire.” Schumer told the press that Saverin had “defriended America” and the press loved the sound bite. We discussed it on Fox News” Red Eye and I found the whole thing so infuriating I had trouble speaking English. Saverin’s family brought millions of dollars into the country when they moved here from Brazil. He paid through the nose for his Harvard education and during that time he helped create a trillion-dollar corporation. Today’s tax structure says he”d be charged around $67 million NOT to renounce his citizenship. What would you do?

“Tax the rich more, and you wind up with fewer rich people to tax.”

My brother works in social media and tells me the tech industry is petrified of Schumer. He claims Saverin has invested hundreds of millions in the US tech industry, creating thousands of jobs. Schumer’s bill bars Saverin from investing in US companies, and the people he’s employed are worried they”ll soon be unemployed. So to pay off a $15-trillion debt, Schumer tries to squeeze $67 million out of a guy who’s already giving America hundreds of millions. The net result is hundreds of millions less than we started with and thousands of jobs possibly flushed down the toilet. As Bernard Mandeville wrote in 1714:

Luxury
Employ”d a Million of the Poor….

Millionaires may deny it as a motive for expatriation, but they undeniably benefit from the tax money they save when they renounce their American citizenship. Abex chairman Michael D. Dingham kissed America goodbye and moved to Nassau.  Kenneth Dart of Dart plastics did the same before moving to Belize. So did money manager Mark Mobius before returning to Germany. Plastics mogul Frederick Krieble left America behind when he spread his wings and flew to the Caribbean. Their moves saved them tens of millions and lost us much more.

Obama is a fundraiser and community organizer. He is not a wealth creator. Yet his administration acts as if they have the expertise to tell real wealth creators how to handle their business. Leave them alone! At the White House Correspondents” Dinner, actor Richard Kind told a reporter:

I tell you, you kill off one billionaire and he might be able to cover everything. You know, if that billionaire were to die and leave his money to the government, all our problems may be solved.