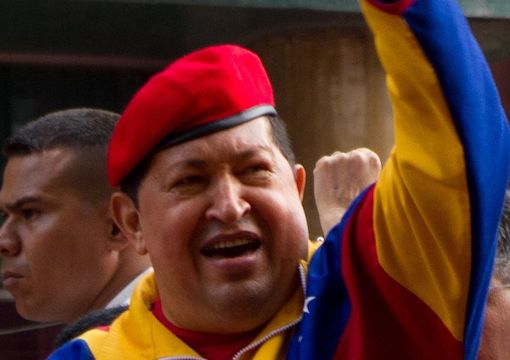 Some years ago, I vowed to catalog my books and tidy up my study before I died to make things a little easier for my executors. Among other things, this entailed throwing out the piles of magazines from several years ago still in their unopened wrappers; but I was reluctant to do so without first taking at least a glance at their contents.

The first magazine that I unwrapped was The Spectator of 25 August 2018. Its lead article was about Venezuela and was titled “When Money Dies,” by a financial journalist, Jason Mitchell, who specializes in Latin America. I read it, and at this rate of progress I shall have to live another life entirely to rid myself of the magazines that I have accumulated—provided, of course, that no more of them arrive during my second life.

Generally, we believe that journalism of a historically short time ago (such as four years) is fit only for the dustbin; it is a waste of time to read it. Nevertheless, it can be instructive. Among other things, to do so reminds us just how unpredictable the future is. To take one obvious example, no one foresaw the Covid pandemic or its dramatic consequences. It is true that certain voices crying in the wilderness warned of the possibility, even the certainty, of emerging viruses to which mankind had no immunity, but this is a little like warning that there will be a stock market crash. Without a firm date, such a warning is useless and may in fact even be harmful.

“Chavez was the kind of politician who could produce a shortage of salt water in the Pacific Ocean.”

However, there are other lessons that can be learned from comparatively recent journalism. Though the future cannot be predicted, not everything is entirely unforeseeable either. I don’t think, for example, that one had to be Nostradamus to realize that Hugo Chavez would be disastrous for Venezuela. I am not Nostradamus, far from it, but in 2000 I reviewed a book titled In the Shadow of the Liberator: The Impact of Hugo Chavez on Venezuela and Latin America by the veteran journalist for The Guardian, Richard Gott, who had spent his career looking for the perfect Third World revolution.

The book extolled Hugo Chavez and his so-called Bolivarian Revolution (“He who serves the revolution ploughs the sea,” was Bolivar’s final assessment of his life’s work). It astonished me that a man such as Mr. Gott could study so much and understand so little. It was obvious from the first, though not to Mr. Gott, that Chavez was the kind of politician who could produce a shortage of salt water in the Pacific Ocean. It took a certain kind of mental sophistication not to be able to see it in the light of all historical experience and even of connected thought from a few simple premises. Mr. Gott had that baleful and self-blinding sophistication in full.

I turn now to the article in The Spectator, now four years old. Mr. Maduro, Chavez’s successor, had devalued the currency by 96 percent and lopped five zeros from the banknotes, so that a million became ten. (In my kitchen, I have framed three sets of banknotes, two of tyrants and one of hyperinflation, of which Venezuela’s was the third- or fourth-worst in history and set fair to become the worst. It is an ill wind that blows nobody any good, however: Printers of banknotes prosper in hyperinflations, as well as holders of unindexed debt.)

Other measures undertaken by Mr. Maduro were price controls, vast increases in the minimum wage, and an undertaking to pay the wages of employees in private companies. At the same time, there would be huge increases in the price of fuel, thanks to a penury of petroleum in the country with the largest reserves in the world. The author refers to Maduro’s magic money tree.

Of course, no historical analogy is quite exact; that is why it is an analogy rather than a mere repetition, but there are elements of the Madurist program that have been implemented in Western countries. They, too, have had to resort to magic money trees, with the not very surprising result that money devalues (not yet, it is true, on a Venezuelan scale), while at the same time trying a little price control on such commodities as the natural gas used to generate heating and power, and even (in Scotland) rent controls. True, the monetary splurge has now been reined in somewhat, except by the Chavista Ms. Truss of the United Kingdom, but of course reining in prior monetary splurges has its own pains such as rising interest rates that drive the previously imprudent or improvident, who believed that the impossible could go on forever, to the wall. In short, several Western governments have been run by pale versions of the late Hugo Chavez, though thankfully without the six- to nine-hour harangues on television. I doubt that Mr. Biden or Ms. Truss could speak for six to nine minutes unscripted, let alone for six to nine hours, so we still have something to be grateful for. Hell is listening to Ms. Truss for longer than thirty seconds.

The article in The Spectator concludes:

Nationalisations, non-stop borrowing, belief in magic money trees: it can all sound like playground patter in British debates. But a strong enough dose of this formula had reduced what was once Latin America’s most prosperous country to penury. The rhetoric, as always with socialism, is aimed at the wealthy. One of the many morals of the Venezuelan tragedy is that it is the poorest…who suffer most when money dies.

Yes, will reply the Chavistas and Gottists, but Venezuela was a very unequal and corrupt country before Chavez came to power, with much real poverty. True enough, it was; but criticisms can be leveled at all societies and all countries. The political conflict should not be between the existent and the ideal, but between the existent and the possible, as indicated by historical example, connected thinking, and reasonable prudence. Of course, this is not a winning formula, electorally speaking. As Jesus would say now if He were to return, the demagogues, like the poor, have you with you always.