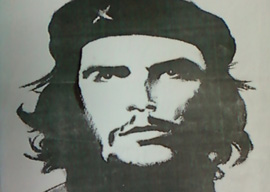 I started blogging in 2000. Two years earlier, Matt Drudge had blown the whistle (as it were) on Bill Clinton’s Monica problem after Big Media repeatedly passed on the story.

Even before I started my own site, I was a daily reader of proto-blog romenesko.org, which still (as MediaWire) covers “the news about news”: hires, fires, plagiarism accusations, and circulation woes, plus heated semiannual intramural debates about the serial comma. So from the rise of Drudge onward, I”ve been eavesdropping on the newspaper industry’s evolving “take” on us bloggers.

Keynote speakers and J-school profs at first tried to assure nervous reporters and editors that Drudge was a crank and his scoop was a fluke. (This even after many reporters had set drudgereport.com as their browser’s home page.)

Then, as more bloggers came online, we were: a) pesky amateur fact-checkers and persnickety copy editors, b) “navel-gazers,” and/or c) “Cat Food Eating Pajama Wearing Extreme Bloggers In Boardroom Bathrooms.”

Then the blogger-fueled “Rathergate” scandal brought down a Big Media icon (based, we”ve learned too late, on shaky evidence).

“Oh, well,” goes the latest Big Media talking point, “you bloggers will never be more than parasites. You claim to hate newspapers, but without us, you”ve got nothing to write about. The best you can do is blog about stories we”ve invested precious time and money to investigate. You don”t have the resources and the expertise to do actual shoe-leather reporting.”

“Executing thousands of POWs seems like a weird way to teach them to read.”

My husband picked up blogging from me and now breaks stories that get picked up by (you guessed it) Big Media.

For example, he uncovered the “mosqueteria” being run out of a Toronto public school with board approval, where”as I explained in my first piece for Taki’s“Muslim students were conducting compulsory Friday prayers in the cafeteria.

At these prayer services, boys sat at the front, girls sat behind them, and menstruating girls were confined to the very back.

Following up on a tip from a reader and parent who”d tried for two years to interest Big Media in this illegal use of taxpayer property, my husband easily confirmed the facts and posted the story.

His “mosqueteria” post went national, then international. (Yo, Al Jazeera!)

The Toronto District School Board gives my husband plenty of blogging material. He doesn”t have to don a disguise and infiltrate their enormous headquarters to uncover their foolishness, either. He just pokes around their website.

Last week, my husband struck gold again with a find that’s also made its way into the news cycle.

During a routine visit to their site, he happened upon the TDSB’s 2012 “Hispanic/Latin Primary & Junior Calendar.”

The very existence of such a thing is depressing enough. Here I was feeling superior to our American neighbo(u)rs, since one of our distinct advantages over the US has been our lack of uninvited, illiterate, criminal-class Mexicans.

At any rate, the calendar promotes the celebration of Hispanic heroes. And one of those heroes is…Che Guevara.